Ever watched a genre movie and been in awe of the practical effects? Screamed over a gaping zombie bite? Squealed over the beauty of an Elven princess? Smiled in twisted glee over the cyberpunk edge protruding from a noble brow? Well, now you can learn these tricks of the trade from home, thanks to Austin School of Film’s Play At Home sessions.

When the pandemic shut down in-person classes, the clever crew at Austin School of Film reconceived to create lessons online via Zoom. Their catalog of classes ranges from animation and podcasting to film studies and special effects make-up. It was the last of these that drew SYFY FANGRRLS’ eye, as these workshops offer genre enthusiasts nationwide the chance to get their hands into the wax, fake blood, and bruise wheel paints that build scars, scabs, cuts, and carnage.

Instructor/make-up artist Jennifer Cunningham and Education & Programs Director Faiza Kracheni offered SYFY FANGRRLS an inside look to learn how these spooky sessions came together. Both Kracheni and Cunningham are part of Austin’s vibrant film scene, which includes Robert Rodriguez’s Troublemaker Studios, the Alamo Drafthouse headquarters, the SXSW Film Festival, Fantastic Fest, and a slew of local filmmakers. Kracheni is one of them and began at ASoF as a student. Over the years, she developed into a teacher and programmer, helping shape some of the 500 film-related classes taught by working professionals in the field.

Meanwhile, Cunningham’s journey to ASoF teacher began as a kid who didn’t mind getting her hands dirty. “I’ve been interested in makeup and creating art, getting messy, since I was a kid,” She said of her background. “My first real experience with using makeup to craft an effect or illusion was in high school theatre.” From there, she became a professional make-up artist and body-painter, freelancing in Austin. “Eventually, I was asked to do common effects like bruising and scrapes semi-regularly,” Cunningham explained of her transition into film special effects. “As it often goes in a small film industry like Austin, word-of-mouth referrals led me to more and more crew calls seeking practical effects, and my portfolio grew in kind.”

At ASoF, Cunningham’s experience led to her teaching 12-hour weekend workshops, during which she’d instruct students on how to craft incredible special effects with hands-on help and a climactic photoshoot to capture the final product. While the online courses can’t offer all those perks, Cunningham and Kracheni have teamed up to reconfigure bite-sized versions. These classes include mailed make-up kits, which boast all the tools an aspiring SFX artist would need for class topics like infected bites, weeping wounds, and Lovecraftian creatures.

Through meetings with teachers, students, and others in the Austin community, Kracheni and her team have created 60 Play At Home workshops and events since its launch in May. Through this, they’ve discovered some unique advantages to these online courses. No longer are classes limited to locals, as anyone in the U.S. can register and log on. Plus, by lowering their price of classes and the time commitment of workshops, Play At Home lessons are more accessible, inviting in not just aspiring filmmakers, but also fans and anyone who might be bored, curious, or creative.

“It’s been a very beautiful and inspiring experience for us,” Kracheni said. “We are so thankful for the communities and people we’ve gotten to connect and collaborate with.”

Going online has also grown the school in unanticipated ways. “This program has stripped away borders quite literally,” Kracheni explained. “We now have faculty members in Oakland, Indiana, New York, El Paso, and even out of the country. It has allowed us to expand our educational programs worldwide at the click of a button.”

Cunningham offered another advantage, noting, “As we’ve now had the opportunity to gain a better understanding of community response and interests, it’s become easier to brainstorm new topics and techniques to share.”

The Play At Home classes have ties to film tropes, like zombies, Final Girls, and Cyberpunk. So, we asked both artists/educators which films inspire their work. “I am deeply involved in the punk community as well as the film community,” Kracheni shared. “I see a lot of overlap in the films and filmmakers I am drawn to and punk. Kenneth Anger, Maya Deren, Stan Brakhage, David Lynch, Man Ray, and the list goes on.”

As for Cunningham, she mused, “Science fiction, post-apocalyptic action films, and fantasy are big sources of inspiration for me. Growing up in the ’80s and ’90s, modern horror staples like the Nightmare on Elm Street franchise were always part of the equation as well.” She also named John Carpenter and George Miller as inspirations, noting that their SFX aesthetics urged her to have a deeper understanding of the storytelling in bruises, wounds, and scars.

Of course, Alice isn’t the only badass heroine who thrills Cunningham. “Can we go ahead and say that all of the women in Mad Max: Fury Road who make it back to the citadel with Furiosa count as Final Girls?” she asked, “I may be biased, but I think there’s something to that idea.” We’ll allow it!

For more on Austin School of Film and Play At Home’s October offerings, check out their website.

MediaAlpha and Biodesix Stock Will Make Their Trading Debuts Today 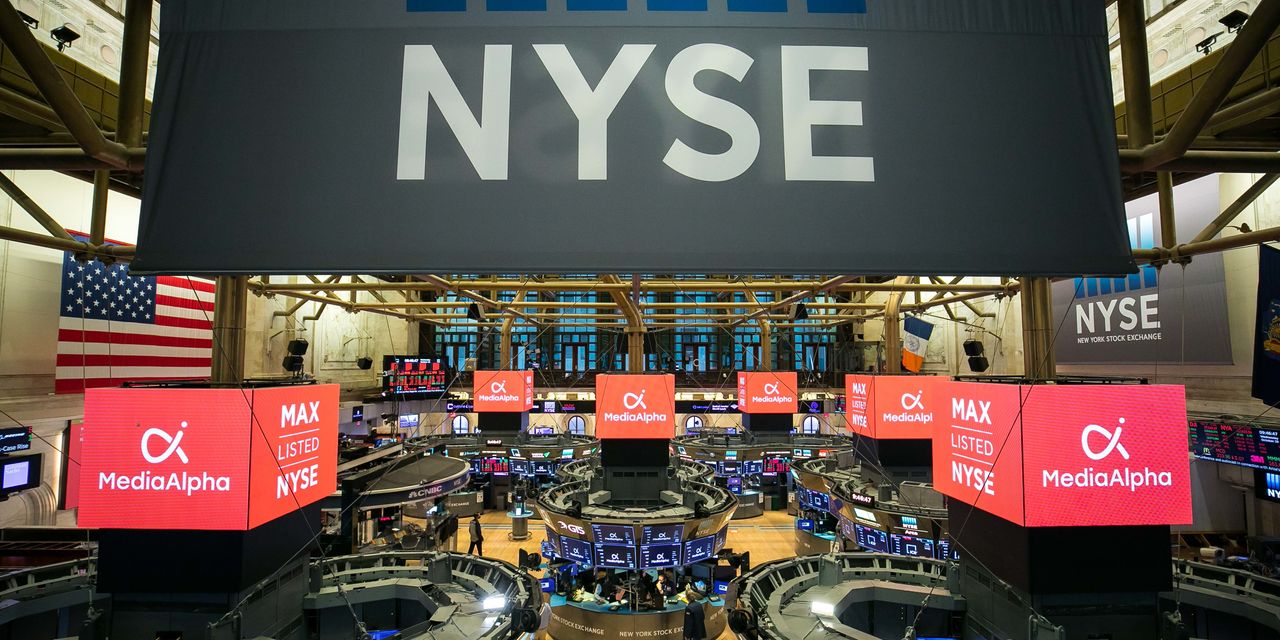