A health insurance crisis may be looming for employees of small businesses, with many firms struggling to cover their share of these costs, new research from Harvard Business School finds.

Small businesses, which account for more than 40 percent of economic activity in the United States, prioritized employee health insurance premiums as the COVID-19 pandemic hit, sometimes even over paying rent, Dafny and colleagues found.

Some 60 percent of small businesses offered health insurance before the pandemic. Through June 15, 95 percent of those continued to do so, according to the researchers.

“Given the dire economic times, one of the first things you’d expect small businesses to do is to slash some employee benefits,” says Dafny, the Bruce V. Rauner Professor of Business Administration. “So I was surprised we only saw a small reduction in the percent offering coverage, from 60 percent to 57 percent.”

The federal Paycheck Protection Program probably played a role, too: Small businesses that reported receiving PPP approval were much less likely to cut insurance coverage than those who reported being turned down for PPP.

Small businesses reported very little relief from health insurers themselves. Just 5 percent of respondents reported benefiting from premium cuts or refunds provided by their insurance carriers, according to published survey results in the New England Journal of Medicine’s Catalyst.

But time is running out. The PPP, part of aid passed by Congress, ended August 8, although lawmakers continue to debate another round of COVID-19 relief. If they fail, some small businesses could be pushed to end the benefit for their employees, Dafny says.

Nearly a third of small businesses were at risk of cancelling health insurance coverage within two months, the researchers found. Almost one in five, 18.9 percent, predicted they’d be able to keep paying premiums for no more than two months. Another 13.2 percent were unsure how long they could pay premiums. Only 56 percent of those surveyed projected they could continue paying premiums for six or more months.

Researchers used data from a survey conducted by Alignable, a North American online business networking platform. Of the 9,043 Alignable members who opened the emailed survey, 3,450 clicked through and answered at least one question. That yielded a 38 percent response rate.

The researchers focus on the 1,163 respondents who answered questions about insurance coverage offered before and after the pandemic, and who reported at least one full-time, non-family employee as of June 15 (and fewer than 500 employees, the ceiling for PPP eligibility). The survey was distributed on June 20 to Alignable’s US-based members and responses were collected through June 27.

Many business owners answering the survey prioritized providing health insurance for their employees just behind paychecks but ahead of paying rent.

“Respondents overwhelmingly reported they would pay wages first, but health care premiums were the second-most critical bill overall, and clearly ahead of rent,” the researchers write. “As one respondent put it, ‘[h]ealth insurance is so important to my employees that I would even use my personal credit card to pay to make sure my employees are covered.’”

“You at least know that you aren’t the only one who is putting premiums above rent,” Dafny says. But “that’s sustainable for only so long. It really shows you how vulnerable this situation is.”

What business owners and policymaker can do

What’s a small business owner to do as the clock keeps ticking?

At some point, absent some major policy change, landlord patience will run out, and small businesses will have to make rent or mortgage payments.

For policymakers, the advice is clear: Know that the insurance crisis hasn’t quite hit yet, but that it’s coming quickly. Shoring up the economy and connecting employees who suddenly lose coverage to existing government programs should be top priorities, according to the researchers.

“Easing the pathway to alternative coverage could really make a difference,” Dafny says.

Streamlining applications to different forms of government assistance could help. For example, unemployment offices could coordinate more closely with Medicaid programs and health insurance marketplaces. Applicants eligible for zero-premium plans could be enrolled by default, with the option to make changes.

“There could be smoother, common processes,” Dafny says. “And states can loosen the constraints on marketplace enrollment by extending the length of time you have to elect marketplace coverage after you lose insurance, as some states have done.

“Policymakers just need to recognize that while they haven’t had to deal with a major loss in coverage yet, it’s coming down the pike.”

Thu Oct 22 , 2020
PARIS (Reuters) – Hermes’ HRMS.PA comparable sales picked up in the third quarter, rising 7%, and the Birkin bag maker said this positive momentum had extended into October after a rebound in Asia and other regions as some coronavirus restrictions eased. FILE PHOTO: The logo of Hermes is seen on […] 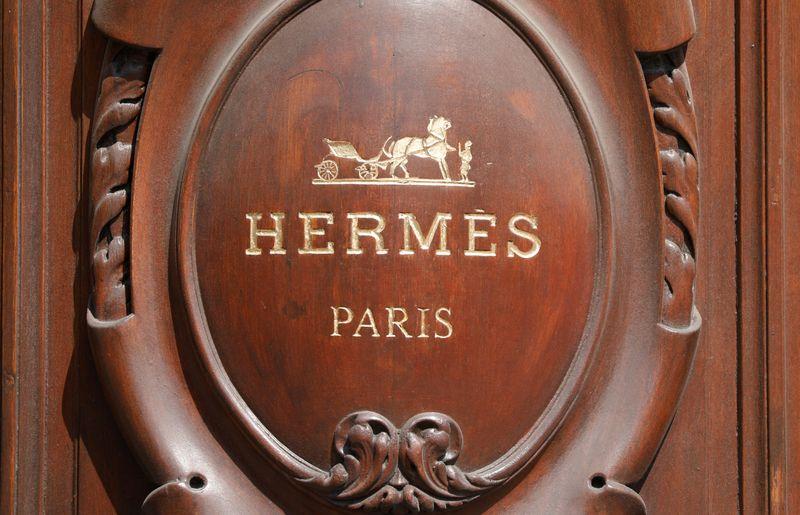