LONDON — It’s been a surreal year for most industry leaders, and none more so than for Michael Kliger, the president of Mytheresa, who not only boosted sales and profits through a pandemic but did so as the luxury e-commerce site became the subject of a high-profile custody battle in the Neiman Marcus Group bankruptcy case.

The court battles of the past few months underscored just what a jewel Mytheresa was in the eyes of Neiman’s parent company, which had not declared bankruptcy, and the retailer’s creditors. It also underlined the potential that Mytheresa has, going forward, under its current private equity owners, given its strong fundamentals and the spike in online sales worldwide during lockdown.

Mytheresa will reveal on Monday that consolidated net revenues for the fiscal year ended in June were up 19.4 percent to 450 million euros. That figure includes the online business, which saw a 20 percent uptick in the 12-month period, as well as the men’s and women’s physical stores in Munich.

Although the company did not reveal a profit figure for fiscal 2020, it said overall profitability grew “significantly.”

In an interview, Kliger emphasized that each quarter saw revenue growth, and profitability increased during the pandemic.

Amid the disruption of the past months Kliger stayed the course, persisting with the launch of men’s wear and releasing a series of exclusive capsule collections — from Prada, Thom Browne, Gucci and others — to market the new men’s offer on the site.

Even during the darkest days of lockdown, Mytheresa was pumping out all sorts of capsules: There was a his-and-hers Balmain collection, a Brunello Cucinelli capsule for the whole family (Mytheresa has a robust children’s wear business) and, most recently, a “Moncler Generation” collection, which launched earlier this month. The capsule includes women’s, men’s and children’s wear — as well as outerwear for dogs.

Kliger said that promoting the new men’s wear offer just as Europe and the U.S. were locking down was a challenge. By July, however, it began to gain traction.

“We were scaling up the business in obviously interesting circumstances — many regions were in lockdown. In the month of July, men’s wear orders accounted for 10 per cent of our total business.”

He said the closure of physical stores worldwide was a boon for Mytheresa — and for online businesses generally.

“People were not buying gowns and pumps, but rather loungewear and casualwear and sneakers. E-tailers were the source, and the amazing, and sometimes untold, story of the ongoing pandemic is that the global logistics systems did not break down. We continued to ship in every region of the world, packages were delivered. It is unbelievable how this backbone of our economic system continued to operate, and retailers continued to ship to customers wherever they were,” he said.

Kliger added that Mytheresa’s logistics never stopped, and the business remained operational throughout the worst of the crisis. By contrast, some competitors were forced to shut warehouses temporarily due to quarantine safety issues.

He said that COVID-19 only helped to speed consumers’ switch to online shopping, and that Mytheresa saw “many more first-time customers, and possibly even customers who had never shopped online, anywhere before.”

Over the last three to four months, Kliger said that Mytheresa expanded its business in the Middle East, and saw “really good” traction in the U.S. He said sales in Europe have been “very good and stable, particularly in Scandinavia, Germany, Austria and Switzerland.”

Kliger added that the pandemic helped to keep the company sharp, and vindicated many of its already existing strategies.

While it may have been a challenge for Mytheresa’s buyers not to see or touch the product — or even attend a runway show — Kliger said they adapted quickly.

“Focused buying has always been one of our tricks. One of our beliefs is ‘don’t go broad,’ even if there is a big collection. We force ourselves to buy what we believe in and what’s right for our customers.”

Kliger said that about 3 percent of all of Mytheresa’s customers generate 30 percent of the business, and the retailer works hard to please them.

“We focus on customers who build wardrobes, who buy several times a season. We launched skiwear because we discovered that this is a pastime of our customer base. We work very intimately with them, and we have ideas like the Moncler Generation or Dolce & Gabbana capsules. Those efforts continue to drive our business and get our customers excited.”

He added that there are definitely customers out there who buy “iconic pieces, they save money for them, they make an investment. But this is not the customer base we focus on.”

Mytheresa plans to cater even more to that precious 3 percent by hiring a team of personal shoppers in the U.S.

“We know it’s quite a bizarre moment to hire, but we want to serve our top U.S. customers more. The hiring is happening as we speak, although they’ll all work from home for now. On the other side of the world, we launched our very first brand campaign in China and during the pandemic, we added WeChat in addition to Alipay to our payment methods.”

In a bid to expand its international reach and outlook, the company has opened a creative studio in Milan exclusively dedicated to men’s wear photo shoots, and has set up a technology and services office in Barcelona.

Kliger said that, despite the restrictions of the pandemic, the company was also able to come up with a fresh stream of creative content to engage its top customers. Instead of traveling to the South of France or Marrakech, Morocco, the in-house team stayed put in Germany, shooting the campaign for the Gucci men’s capsule in a Berlin restaurant, and the Tom Ford one on the beaches of northern Germany.

He said the pandemic also brought greater focus to the Mytheresa business — and to the worlds of retail and design generally.

“It made everything more crisp and clear for designers — and companies. It has become clearer what works, what doesn’t, what’s important, what’s not. Now we’re thinking, ‘Let’s curate even more, focus even more on this customer segment that we want to serve around the world,’” and not try to be all things to all people.

Asked where physical stores fit into the post-pandemic landscape, Kliger was clear that they serve a specific purpose. Mytheresa’s roots are in physical retail, and earlier this year it opened a separate stand-alone men’s wear store in Munich.

“Do I believe stores are important? Absolutely. I believe the role of multibrand has become more important, because we create focus, we create clarity. It’s a confusing world of too much information, someone needs to explain it, to distill it. The retailer needs to provide an answer,” he said.

“I think the biggest question for me is how the distribution landscape will look in the U.S., because the backbone of multibrand boutiques was never as strong in the U.S. compared to countries like France, or Italy, or Germany. I’m not an expert on the U.S. market, but I’ve heard that maybe there will be a revival of boutiques in secondary cities. That would be a fascinating trend.”

Asked about the resolution of the Neiman Marcus bankruptcy drama, Kliger said he was relieved.

The retailer began its exit from Chapter 11 earlier this month, and in the wake of the court’s ruling Mytheresa will be controlled by Ares Management and the investment fund Canada Pension Plan Investment Board. Once Neiman Marcus fully emerges from Chapter 11, Ares and CPPIB will no longer have any shareholding in the Neiman’s business.

“It was a very interesting time and, of course, the issues were quite complicated. I’m happy for all of our colleagues at Neiman Marcus. It was stressful for us, but that was nothing in comparison to how stressful it was for the staff at Neiman Marcus. In a few days, maybe weeks, it will all be over, and they’ll get a full restart. That’s fantastic.”

During the court battles earlier this year, it emerged that Mytheresa was worth roughly $822 million in 2018, when the company’s ultimate owners moved it, controversially, to another part of the overall business. Neiman Marcus originally purchased the Munich-based retailer in 2014, well before it began running into financial trouble.

Since 2018, Mytheresa has long been operating as an independent entity, and will continue to do so, according to Kliger.

“We were never operationally affected, but what the [resolution of the bankruptcy case] does is provides clarity about who owns what. All of the discussions about lawsuits still hanging in the background, all of them are over. We will pursue our continued business development, and we’ll really try to continue what we’ve done in the last years.

The resolution of the bankruptcy case, he said, “adds a bit of focus and clarity, but the real joy is for our Neiman Marcus colleagues, who won’t be colleagues anymore, but competitors.” 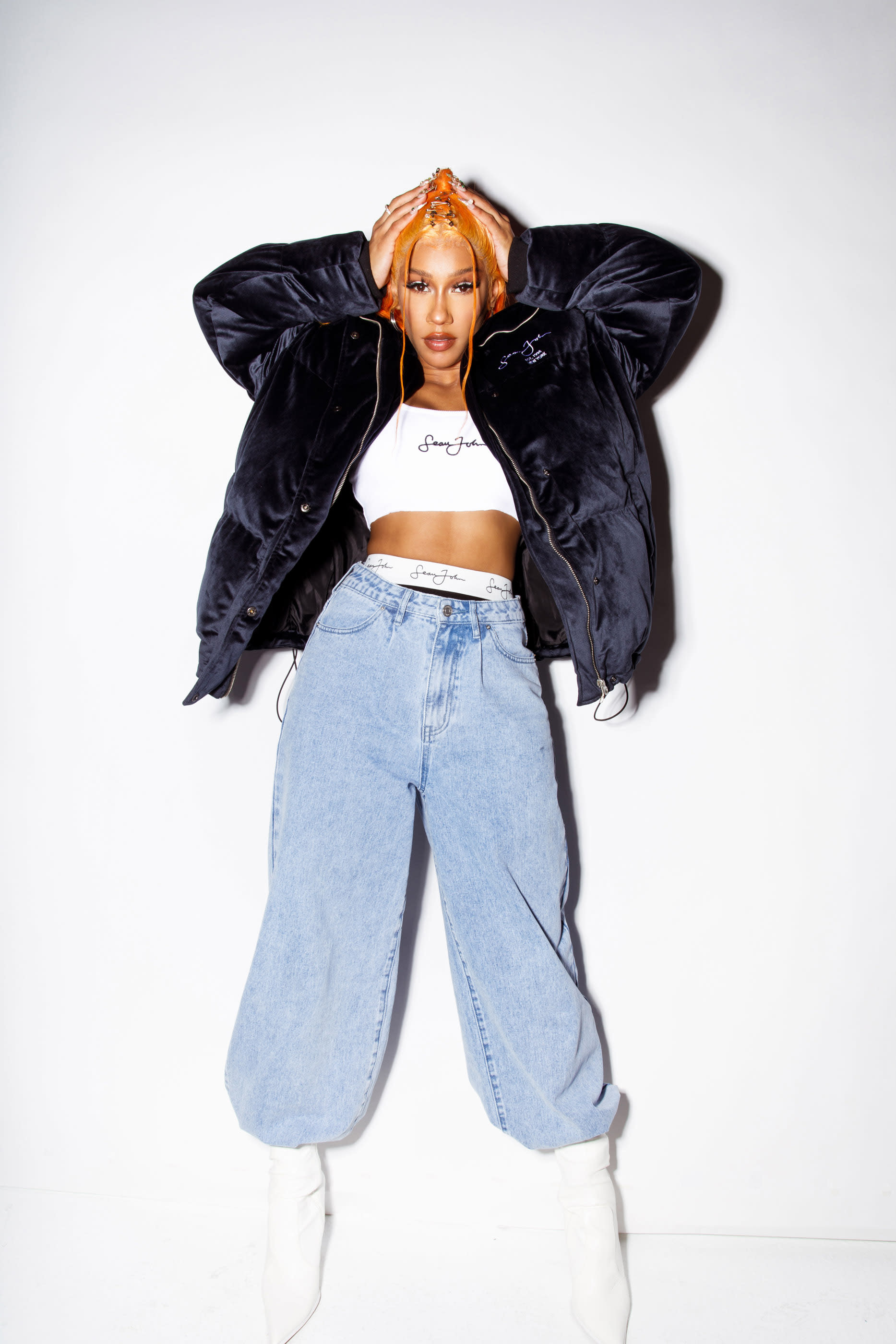