Addison (Joe) Graves WilsonDemocrats raise alarm about new US human rights priorities Democrat Teresa Leger Fernandez defeats Valerie Plame in New Mexico primary Trump campaign launches new fundraising program with House Republicans MORE (R-S.C.), who heckled him and accused him of lying during an address to Congress, saying that his “initial instinct” was to “smack this guy on the head.”

Gayle KingObama hits Trump for refusing to concede, says there’s ‘no legal basis’ for challenges Obama’s first post-election interviews to air on CBS on Sunday Grand juror: Officers’ actions the night Breonna Taylor was killed were ‘criminal’ MORE released on Sunday that also covered his presidency, his thoughts on the current political climate and his upcoming presidential memoir, “A Promised Land.”

His comments regarding Wilson’s outburst came after the former president discussed what he referred to as “obstructionist attitudes” he said he encountered from Republicans not long after assuming office in 2017.

“It started on day one, immediately. We were trying to pass the Recovery Act, the stimulus package — because people were losing their jobs,” Obama, who had come into office just months after the 2008 stock market crash, said.

“They were losing their homes. And the economy was collapsing. At the time, I thought, ‘All right, well, obviously Republicans aren’t gonna agree with me on everything. But on this, all the economists agree this is what we need. They’ll give some cooperation on this.’ And we didn’t get any,” he continued.

King then brought up the viral moment from 2009 when Wilson yelled, “You lie,” when Obama said during his address that illegal immigrants would not be receiving benefits from health insurance coverage in a reform bill under consideration at the time.

Obama, who also said he touched on the experience in his new memoir, said he was “shocked” at the outburst.

“And my initial instinct is, ‘Let me walk down and smack this guy on the head. What is he thinking?’ And instead, I just said, ‘That’s not true,’ and I just move on,” he said.

“He called afterwards to apologize– although, as I point out in the book– he saw a huge spike in campaign contributions to him from Republicans across the country who thought he had done something heroic,” he continued.

John Sidney McCainMark Kelly reflects on using McCain’s old desk: ‘He was a hero of mine’ Cindy McCain says late husband would have wanted country to ‘move on’ from election McSally concedes Arizona Senate race MORE (R-Ariz.), who died in 2018, and Democratic lawmakers to do so. Some of Wilson’s constituents also booed him using the same phrase during a town hall in 2017.

During Obama’s interview with King this week, the CBS anchor asked whether he thought he made enough of an effort to reach out to Republicans when he was office, after noting comments from Sen. Mitch McConnell

“We tried everything. We had Super Bowl parties, we’d invite them to dinner. We’d– you know, I’d give ’em calls. I’d go visit their offices. I’d go to their caucus meetings,” he said.

“But it’s been sort of par for the course during these four years. They obviously didn’t think there was any fraud going on ’cause they didn’t say anything about it for the first two days,” he also said.

“But there’s damage to this because what happens is that the peaceful transfer of power, the notion that any of us who attain an elected office, whether it’s dogcatcher or president, are servants of the people. It’s a temporary job,” he added.

Mon Nov 16 , 2020
“I work in technical sales and wanted to bolster that background with a stronger focus in marketing. At the time, my husband worked on operations and finance planning projects that are hundreds of millions of dollars and was looking for more leadership and finance skills. We graduated a year apart […] 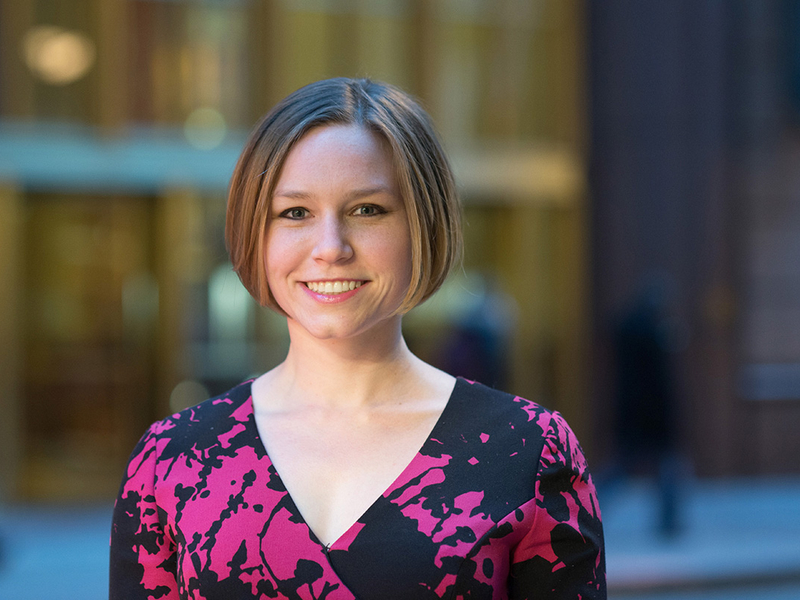