Less drivers on the road means less claims and less accidents. Here’s how you can negotiate your car insurance policy to save money.

Vehicle owners could soon buy insurance directly from car companies that are promising lower rates to motorists who drive safely.

General Motors announced Wednesday that it is launching OnStar Insurance with plans to make it available to the general public by early next year and go nationwide by the end of 2021. The name comes from the brand GM has long used on the safety-and-security communication system embedded in its vehicles.

Tesla recently began selling insurance to its vehicle owners in California with plans to expand to other states, and several other automakers have partnered with insurance companies to offer policies to their customers.

But GM is expected to sell its own insurance policies to all vehicles, including non-GM cars, trucks and SUVs, as well as homeowners and renters insurance, through its new agency, OnStar Insurance Services.

The automaker said it will eventually tie auto insurance rates directly to the consenting driver’s performance based on driving data wirelessly collected from the vehicle, rather than educational history and other personal factors.

OnStar Insurance President Andrew Rose declined to provide an estimate for how much the average driver might save since it’s dependent on so many variables, including the kind of car they drive, their road habits and their location. But he said the savings will be “significant.”

The most home for your money: These 10 suburbs offer the best value proposition

The average American is expected to pay about $1,463 for insurance in 2020, according to policy comparison site Insurify.

“You’ll have the opportunity over time to have greater control over your pricing,” Rose said. “We know your vehicle better than anybody else and, if you consent, we will use your information on how you drive your vehicle to demonstrate that you’re a better driver and thus lower your” prices.

It could be hard to get Americans to switch. About 2 in 3 consumers don’t shop around for a better deal when their policy is up for renewal, according to a survey by LendingTree. The older you get, the less likely you are to switch.

But the chance to save money could be a significant lure, especially during these tough economic times, said Andrew Hurst, who analyzes insurance trends for loan-shopping site LendingTree.

“Most people fancy themselves as pretty good drivers, so they’re intrigued by the notion that they’ll be rewarded for that,” Hurst said.

To be sure, most major insurers and various upstarts already offer some form of policy that takes into account the policy holder’s driving habits. But those policies typically require the driver to consent to providing that data through an onboard device with an accelerometer that transmits data wirelessly.

“They’re able to track how you’re driving, when you’re driving, where you’re driving,” said Kyle Schmitt, vice president and global managing director of research firm J.D. Power’s insurance industry division. “Are you braking hard? Are you using your phone while you’re driving? They can now at least rudimentarily and, in many cases, quite sophisticatedly measure these types of things.”

“If you behave poorly, you pretty much know where the ceiling is,” Schmitt said.

A majority of drivers haven’t yet opted in, according to industry experts. Many have been wary of handing over their data without getting something concrete in return.

“For them to start making that trade-off, they need to start seeing some pretty substantial discounts,” Schmitt said.

Rose said that the benefits of providing access to vehicle driving data will extend beyond savings. In the future, he said, GM will introduce technology that enables its vehicles to notify emergency responders and OnStar Insurance when an accident occurs so that the insurance claims process and repairs can begin quickly.

OnStar Insurance will be sold primarily through a website, though it will also have call centers. Rose said GM would not place insurance agents in dealerships to sell policies, though he said dealers could help car buyers obtain policies online.

The move to start an insurance agency harkens back to the days when GM was a sprawling company with wide-ranging products and services. The automaker sold insurance through its GMAC unit for several decades before running into financial troubles and selling off the division in 2008. GMAC rebranded as Ally.

More car companies will be attracted by the possibility of gaining additional revenue from insurance, but the “biggest value” is a “deeper relationship with their customers,” Insurify CEO Snejina Zacharia said.

“People want to feel empowered that they’re making the best decision for themselves,” she said.

One X factor in the insurance business is the emergence of autonomous vehicle technology, including systems, like Tesla’s Autopilot and GM’s Super Cruise, that partially drive the vehicle on behalf of the motorist.

As self-driving car technology becomes a reality in years to come, some insurance industry experts believe that rates will fall sharply because there will be fewer crashes. That may mean less profit for insurers.

But Rose said “there’s going to be a need for auto insurance for a significant period of time,” and when autonomous vehicles become a reality, “you’re still going to have tree branches that fall on cars.”

Launching an insurance business from scratch takes a significant investment in actuarial science, advertising and regulatory teams that can navigate the different insurance laws in the 50 states.

One advantage for automakers is that they are already spending heavily on advertising and could potentially begin appending their marketing with information on their insurance plans.

“They have deep pockets,” Schmitt said.

Are Gambling Stocks A Strong Bet In An Uncertain Market?

Wed Nov 18 , 2020
TipRanks Analysts Say These 3 Stocks Are Their Top Picks for 2021 The year is winding down, and it’s time for Wall Street’s analysts to start flagging their top picks for the coming year. It’s a time-honored tradition, in most walks of life, to take a sometimes tongue-in-cheek look at […] 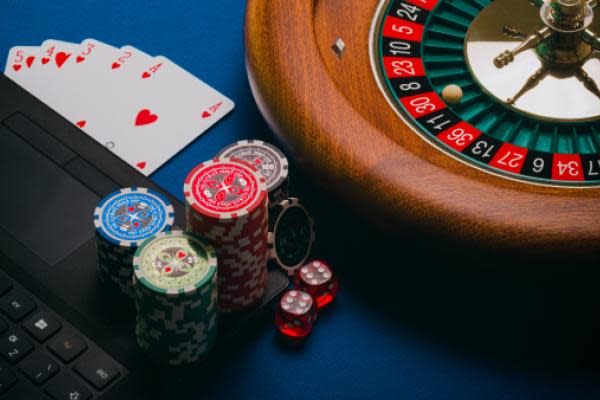