Buy now, pay later apps from PayPal Holdings (PYPL), Affirm Holdings (AFRM), Sweden’s Klarna and others are shaking up e-commerce by providing consumers with short-term loans — in some cases interest-free — to make online purchases. Analysts expect a boost for PayPal stock and others if this new offering, known as BNPL, gains traction with consumers.

“BNPL has rapidly gained prominence in retail and service sector checkouts,” Bank of America analyst Jason Kupferberg said in a recent note to clients. “The BNPL market has been described as in the midst of a ‘land grab’ as BNPL providers aim to secure the highest number of retailers to their platforms.”

Kupferberg says consumers use BNPL services most often to buy clothing, electronics and health/beauty products. He sees the growth of BNPL services pressuring credit-card and store card issuers, and boosting PayPal stock and other companies.

“Most of the major BNPL services are primarily linked to debit cards so they are generally good for Visa (V) and Mastercard (MA), not bad,” Lisa Ellis, analyst at MoffettNathanson, told Investor’s Business Daily. “If BNPL really takes off in a large scale, it is primarily bad for the credit card issuers — particularly credit card issuers that appeal to lower-FICO consumers.”

She said Visa and Mastercard make more money if consumers buy online products with four installment payments rather than making one payment. Analysts say Capital One (COF) and JPMorgan‘s (JPM) consumer banking division are among those that could be impacted by BNPL’s growth, analysts say. In December, Capital One announced it planned to bar its cards from use to clear BNPL debt.

The addition of PayPal to the mix could create even more disruption. PayPal launched its buy now, pay later service in late 2020. App users pay 25% of an online item’s cost upfront, and the rest in three installment payments, one every two weeks. PayPal charges no interest.

“These upstart BNPL providers are all attacking and disrupting the traditional credit card business.” Kupferberg said.

With the “Pay in 4” service, PayPal stock took on existing BNPL players such as Affirm and Klarna.

MoffettNathanson’s Ellis called PayPal well-positioned in BNPL services, thanks to its 28 million-member merchant network. At this point, PayPal isn’t charging merchants to use the BNPL service.

PayPal stock is extended from a cup-with-handle entry point of 209.12. Further, PayPal stock holds a Relative Strength Rating of 86 out of a possible 99.

But Affirm and others could prove a formidable rival for PayPal. The Affirm initial public offering this week raised $1.2 billion, with shares priced at 49, well above its estimated range of 33 to 38. In addition, Affirm stock nearly doubled on its first day of trading, soaring 98.5% to close at 97.24.

In its IPO filing, San Francisco-based Affirm said it aimed to give people without credit history or savings accounts access to small loans. Shoppers can choose a schedule for paying back the loans with varying interest rates.

Affirm’s biggest partner is Peloton Interactive (PTON). The exercise bike maker accounted for 30% of revenue in Affirm’s most recent quarter.

Max Levchin, one of PayPal’s co-founders, started Affirm in 2012. In addition to Peloton, its merchant partners include Walmart (WMT), Reverb Guitars, Nordstrom and Warby Parker.

PayPal Stock: Rival Klarna Focuses On Ease Of Use

Sweden-based Klarna, founded in 2005, has focused on ease of use. Its shopping mall app lets consumers browse all the online stores that use its BNPL service. Klarna says it has 90 million registered users, including 11 million in the U.S.

In addition, Klarna stands as one of Europe’s highest valued financial technology companies. Klarna’s $650 million funding round in September valued the company at $10.65 billion. Adidas, Sephora and Ikea are among Klarna’s merchant customers.

Other BNPL companies include Afterpay and Sezzle. The BNPL service providers use advanced analytical software to approve installment loans and minimize financial risks.

At Mizuho Securities, analyst Dan Dolev says Israeli startup Jifiti aims to make it easier for banks and merchants to quickly roll out their own point-of-sale loan businesses.

BofA’s Kupferberg says store card issuers such as Alliance Data Systems (ADS) and Synchrony Financial (SYF) are rolling out their own BNPL offerings. He says Synchrony has focused on larger purchases, such as home furnishings and electronics.

How Upper Income Users Could Affect PayPal Stock, Others

But cash-strapped consumers may not be the main users of BNPL services, Kupferberg says. Citing a Cardify study, he said middle-to-upper income individuals, especially women, also account for many BNPL purchases.

Other analysts also expect BNPL to gain traction, helping the likes of PayPal stock and others.

“Given the extent and duration of the economic impact of Covid-19, we think more and more businesses will prefer to offer BNPL options to consumers going forward,” Canaccord Genuity analyst Joseph Vafi said in a report to clients.

Find Compelling Growth Stocks With IBD’s Stock Of The Day

Get A Free Trial Of IBD Leaderboard

Thu Jan 14 , 2021
A waiver to the ACA granted by the Trump administration allows Georgia to block access to the exchange for coverage that begins in 2023. Instead, Georgians will be directed to contact information for private agents and brokers, who may sell skimpier plans that do not coverage contraception, maternity care, mental […] 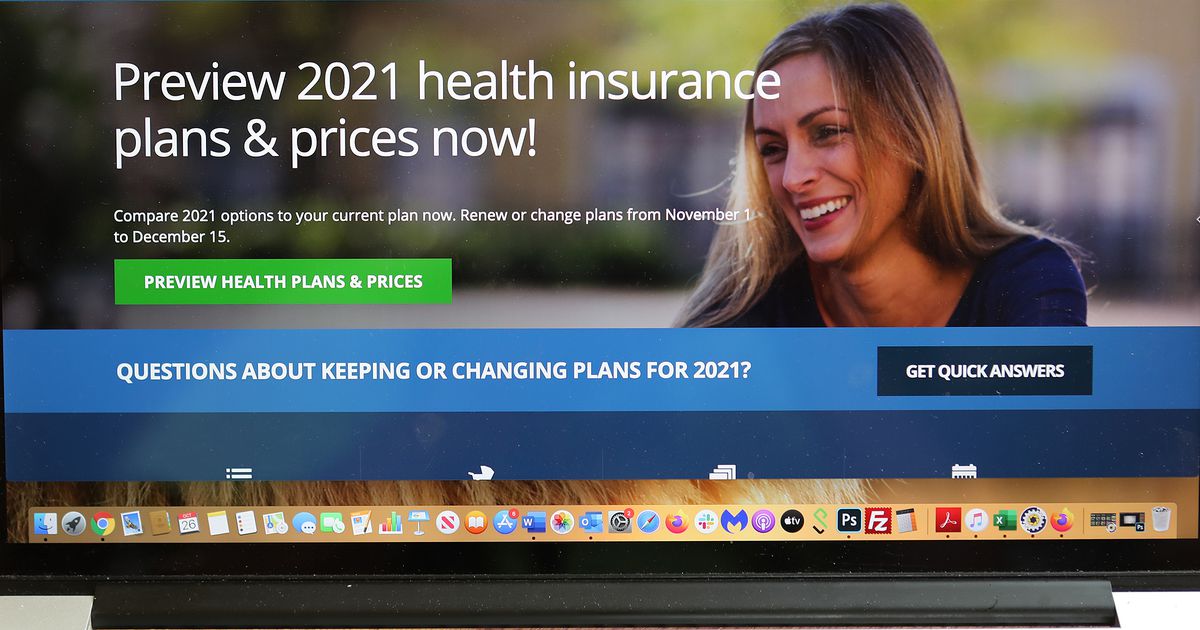