The company’s “Pay in 3” service allows shoppers to make purchases of between £45 and £2,000, and pay over three monthly interest-free payments. The installments will be scheduled automatically and will come out of users’ PayPal accounts.

PayPal, which has over 24 million active accounts in the UK, will be going up against Swedish online payments firm Klarna which offers a similar service with brands like fashion retailers ASOS and Schuh, as well as furniture site Wayfair.

Retailers including Crew Clothing, French Connection, Robert Dyas, and Ryman, have all signed up the PayPal service which will be available in the UK later this month.

Doug Bland, senior vice president of global credit at PayPal, said the incentive to launch the product centres around driving more sales for businesses, which in turn gives the company more payments to process.

“Make no mistake this is a loan product and I think you’d have to be responsible about providing a loan, regardless of how long the term is,” he said.

“Because of that we’re going to be doing affordability checks on every single customer. We will be getting information from a credit reference agency on many applications.”

Mr Bland also said the company wanted to make sure customers were able to afford the loans before they were approved. He also said a collections process will be in place whenever consumers are unable to pay.

“We will be reporting negative performance to the credit agencies as we think that’s the responsible thing to do from a lending perspective,” he said.

“On the other hand for the vast majority of these customers that we expect to perform as expected ans make the three payments, this will also help they’re credit scores because we’ll be reporting positive performance.”

The PayPal SVP also said that the timing of the launch was “more important than ever” and that it would help both businesses and consumers throughout the pandemic.

The service is the latest pay later offering from PayPal Credit, which launched in the UK six years ago. The credit arm of the payments company, which serves over two million customers in Britain, also offers zero interest repayments over a four month period on purchases over £99.

Online shopping has swelled during the pandemic as shops across the country were shuttered. In January, the proportion of all retail sales conducted online stood at 20pc in the UK, according to figures from the Office for National Statistics. That number rose as high as 32.8pc in May, before moderating back down to 26.6pc in August.

Buy now, pay later schemes have faced criticism for taking advantage of customers who may be unable to keep track of their debt and prevent bills from piling up.

In May, comparison site Compare The Market conducted research that found 20pc of UK adults used one of the schemes last year. The study also found that 45pc of those that had used the pay later offerings had missed at least one payment within the last 12 months.

Earlier in the year, the Financial Conduct Authority (FCA) announced that people in buy now, pay later schemes could request a freeze on their payments up until the end of this month as a result of the pandemic. While the incentive was typically aimed at those struggling to meet car repayments, it also included stays on schemes like Klarna.

Meghan, Duchess of Sussex, Speaks Out Against Harmful Online Behavior

Wed Oct 14 , 2020
LONDON — The Duchess of Sussex on Tuesday said she felt compelled to speak out against online misinformation, negativity and hate speech out of concern for the world that Archie, her son with Prince Harry, would grow up in. Asked if becoming a mother had made her more cautious or […] 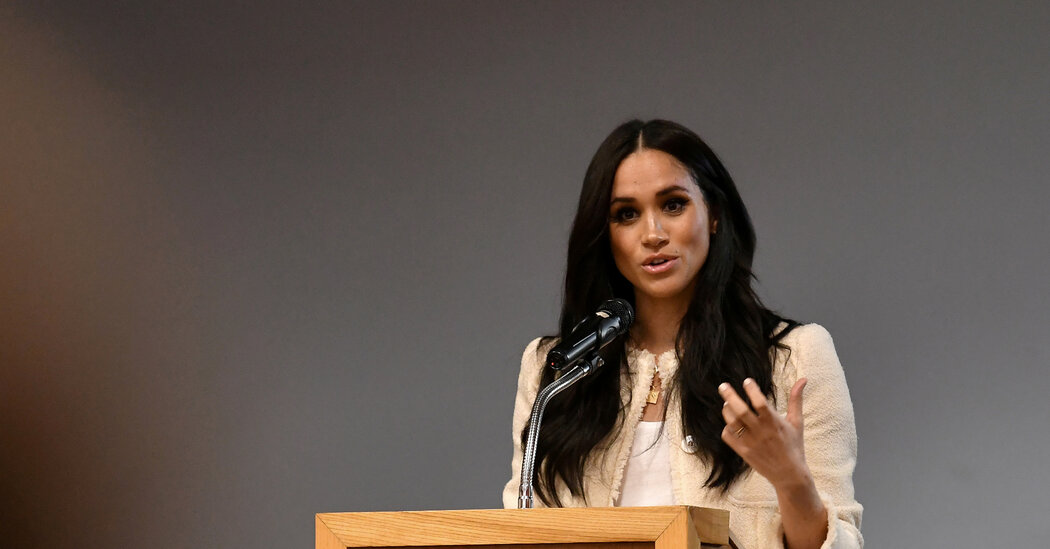