Editor’s note: This is an updated version of a story published online Tuesday.

The owner of an unattended bag that was found on the county courthouse steps Tuesday has been identified and the contents found were of a “personal nature,” according to the Parker County Sheriff’s Office.

“We have identified the individual who left the computer bag on the south side of the courthouse,” according to the sheriff’s office. “Although this case is currently still under active investigation, at this time we do not believe there was any criminal intent.”

The roadways surrounding the Parker County Courthouse were shut down by Weatherford and county law enforcement about 1 p.m. on Tuesday after the bag was discovered and an investigation began.

Parker County Judge Pat Deen said a courthouse security guard initially saw the bag and contacted the authorities. Deen said he was returning to the courthouse from a meeting when the events were unfolding.

“It had just began unfolding with the bomb squad being contacted out of Fort Worth and then sealing off the securing the parameter to make sure there was space between the suspicious package and the public,” Deen said. “What I understood was it contained papers inside to make it look occupied — to make it look like it had something in it rather than just an empty bag sitting there — so there was an attempt to make it look differently possibly than what it was, and that’s me talking. I have not gotten briefed by law enforcement at this time, I just know that once they x-rayed it, it was at that point deemed harmless and we were able to re-access the building.”

The Weatherford Police Department and PCSO issued alerts on social media asking the public to divert away from the courthouse temporarily while the investigation was underway.

“The safety of our citizens is our first priority,” Parker County Sheriff Larry Fowler said in a statement that was released by the PCSO. “We assure the public we are taking every precautionary measure.”

The roadways were reopened about 2:30 p.m. that same day.

Deen said when he first saw the bag, it appeared to have ownership.

“It looked to me like a computer bag. When I walked up there was somebody behind me that I thought had left it that was walking to it, so I thought it was their bag and kept walking but I did not go back and ask them if it was their bag,” he said. “It appeared to be owned by somebody that was coming out the door, so at that point I thought the bag had ownership to it and was not unattended.”

He added that no one would leave a computer bag sitting unattended in that location unless there was an ulterior motive to imply that it’s something else than what it actually is.

“Typically these things are false alarms, but somebody did appear to make an attempt to make it look dangerous and so we couldn’t just go pick it up and look in it,” Deen said.

Deen said the incident was a good way of showing law enforcement is prepared for this type of situation and the relationships that have been made between different agencies.

“Having a bomb squad come out here and taking it very seriously was something that was important for us to do because you just don’t know in this climate that we’re living in today,” he said. “The community can rest assured that Parker County and the surrounding law enforcement agencies take these things very seriously and are going to take the steps necessary to ensure their safety and that’s the takeaway of this.”

Fri Nov 6 , 2020
Bloomberg The Second Breakup of AT&T (Bloomberg) — AT&T Inc. has been called many things over its 135-year history: Ma Bell, monopoly, media conglomerate. The company, which traces its roots to the patent rights of telephone inventor Alexander Graham Bell, was the dominant phone company for much of the 20th century. […] 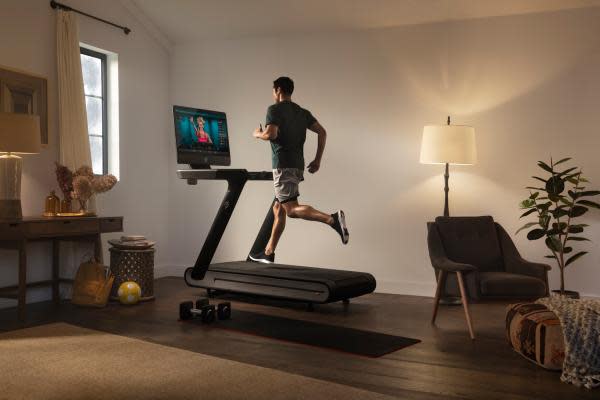