The most prominent topic being discussed concerns allegations, which are for the most part either unsubstantiated or just plain false, of perceived unfairness toward Republican poll-watchers, with the implication that something untoward may be going on that people don’t want the poll-watchers to see. There have been no substantiated reports of mistreatment of poll-watchers.

Pennsylvania’s 20 Electoral College votes are hotly contested — “this is the most important state this election cycle,” CNN’s Harry Enten wrote in an analysis of close contests Tuesday. The focus on it from Trump supporters may reflect some anxiety over that: Enten noted that “Trump likely can’t win without it.” The fact that results in the state may not be known with any certainty Tuesday night has likely contributed to the intense focus on the state as well.
Philadelphia, which is heavily Democratic, has been a particular focus of attention. The Philadelphia District Attorney’s Office on Tuesday called out tweets from a Republican operative and from a Newsmax columnist as being “deliberately deceptive.”

The tweets alleged a sign in support of Democratic nominee Joe Biden was a violation of election rules because of its proximity to a polling location.

The false tweets had been shared more than 10,000 times on Twitter as of Tuesday afternoon.

“Members of our Election Task Force have investigated this allegation. This polling place is located in an interior room and the sign in question is further than 10 feet from it. This tweet is deliberately deceptive,” the DA’s office tweeted.

Twitter also labeled as “disputed” and potentially misleading a post from @PhillyGOP, which identifies itself as the Philadelphia Republican Party, which alleged voter fraud. CNN is not sharing the video as we are still investigating it. CNN has reached out to the DA’s office about it.

President Trump himself has posted baseless allegations about voting in Pennsylvania; he tweeted Monday night that a Supreme Court decision about the counting of ballots there would “allow rampant and unchecked cheating and will undermine our entire systems of laws.”
Twitter labeled that tweet as “disputed.”

Separately an apparent joke posted to Instagram by someone who claimed to be a poll worker in Erie, Pennsylvania and who said they had thrown out “over a hundred ballots for trump already!!” went big on parts of the right.

Many people on social media treated it as true — even though it was never clear how a poll worker would have known which ballots had been cast for whom. Even the Trump campaign retweeted a tweet about the Instagram story, though that tweet did note that it was not clear “whether the kid is actually doing what he claims.”

A person who works on a team countering misinformation at one of the major social media platforms told CNN Tuesday that they are seeing “lots of people who aren’t actually on the ground making claims about micro-level interactions at polling places that they don’t have firsthand knowledge of.”

This person warned that people looking at social media should “be cautious when you see claims from national figures about local events without evidence/confirmation.”

Alan Duke, the editor-in-chief of Lead Stories, a fact-checking organization that works with Facebook, told CNN, “We are seeing a big wave of false claims on social media about Pennsylvania voting, including voter fraud allegations. The most bizarre is the allegation that the CIA is involved in a plot to alter voting counting machines to give Joe Biden extra votes in Pennsylvania.”

Feeling disoriented by the election? It’s called ‘zozobra,’ and Mexican philosophers have some advice

Wed Nov 4 , 2020
Ever had the feeling that you can’t make sense of what’s happening? One moment everything seems normal, then suddenly the frame shifts to reveal a world on fire, struggling with pandemic, recession, climate change and political upheaval. That’s “zozobra,” the peculiar form of anxiety that comes from being unable to […] 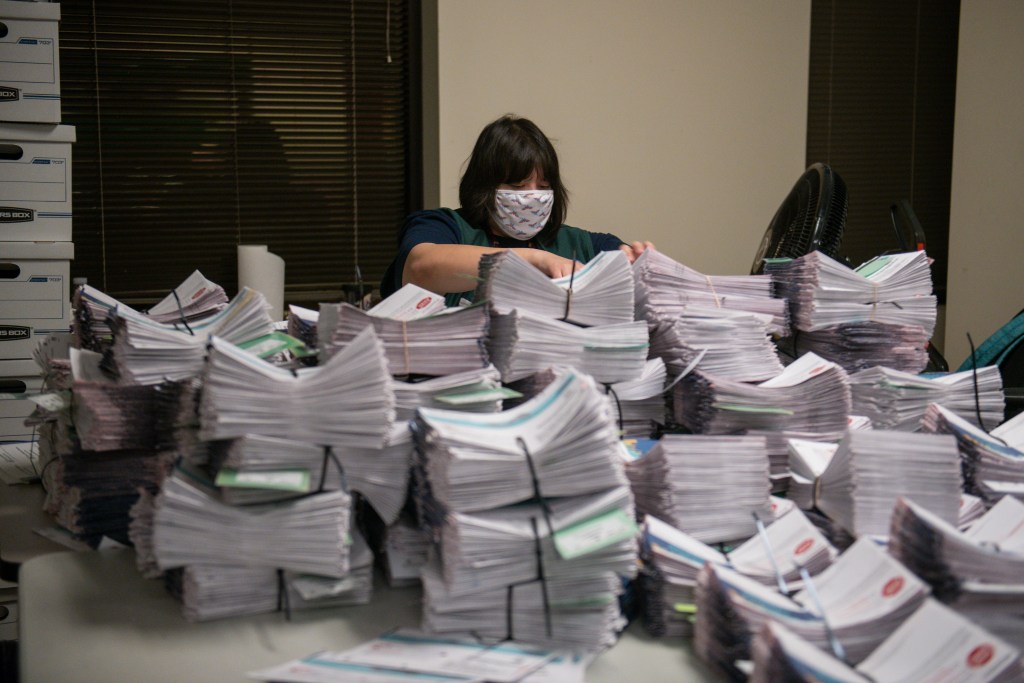