The Forté Foundation has unveiled a corporate Men As Allies initiative after the success of its B-school program. Forté photo

Like the MBA students who make up its membership, a popular movement on business school campuses over the past four years is graduating to the world of work.

“Men As Allies” debuts today (October 15) as an initiative of major MBA employers PNC, Kaiser Permanente, TD Bank, Webster Bank, and others, which are taking up the cause that was launched as a grassroots movement by the nonprofit Forté Foundation at 10 B-schools in 2016.

“The goal of our Men As Allies program at business schools is to help male students benefit from, and get involved in, enhancing gender equity on campus and to take that experience back to the business world,” Forté’s CEO Elissa Sangster says in today’s announcement. “But what we heard from recent MBA graduates is that their company did not have a similar male allyship program. Since there was no forum to put the knowledge they gained from our campus program into practice to foster a more equitable culture at work, we’re helping them to create one.

“It couldn’t come at a better time, with more women opting out of the workforce and contemplating what’s next for their careers in the coronavirus crisis.”

“Men As Allies” began as a gender equity initiative at 10 business school campuses in 2016.

“We really thought it would be good as an organization that really believes in this and believes that it is ultimately a great step in advancing women into business, that we should put forth an initiative like this,” Sangster said in late 2016 when the initiative was formally launched after 18 months of planning. “Business school is such an incubator for future leaders, and we just felt this is a great chance to act and give students resources to build the movement further.

Men As Allies grew to 41 schools in less than three years. Now it is expanding to corporations.

EVEN WITH AN MBA, THE GENDER PAY GAP PERSISTS

A recent study by McKinsey and LeanIn.org, Women in the Workplace, found that one in four women are considering leaving the workforce or career downshifting. And more dire news: Based on an analysis of Bureau of Labor Statistics data, the National Women’s Law Center found that 80% of the 1.1 million workers who left the labor force in September — an astonishing 865,000 workers — were women.

Just as the Men As Allies movement began in business schools with strong models at a few elite schools and equally strong financial support from others, PNC Financial Services Group Inc., one of the largest financial services firms in the U.S., co-created and piloted a year-long program to help create Forté’s “Men As Allies” corporate initiative. After a number of months developing the program with Forté, PNC launched the first “Men As Allies” pilot with a group of employees in January 2018.

Since its successful launch at PNC, early adopters of the program, including Toronto-Dominion Bank, Webster Bank, and Kaiser Permanente recently signed on to start Men As Allies pilots at their companies.

“On the one hand, we’ve seen greater demand for diversity and pay transparency from investors, and even government in some parts of the world, plus CEO-led diversity initiatives,” Sangster says, “but we also need grassroots male ally programs to help move men from the sidelines to the front lines to create a more equitable work environment. Women can’t do it alone.”

Sangster adds that beyond growing demand from MBA alumni and companies, there were other drivers for creating the corporate iteration of Men As Allies. “Despite mounds of research over many years that demonstrates the benefits of diversity to the bottom line, there is a groundswell of evidence that corporate progress on women’s advancement is not moving forward,” she says.

In fact, she says, recent Forté research reveals that even with an MBA, women “don’t advance to the same level as men, and have fewer direct reports and less job satisfaction.” Forté also has found that the gender pay gap post-MBA actually widens. “Women,” the foundation reports, “earned 3% less, on average, than their male counterparts pre-MBA. The gap increases to 10% in their first post-MBA job, and 28% for current compensation, adjusted for years of experience.”

“Beyond the core program measurements, success in creating male allies is highly personalized,” says Josh Stewart, PNC’s director of talent programs and accessibility, who helped craft elements of the curriculum that encourage men to notice how gender influences both women’s and men’s work experiences. “Ally actions that make a difference depend on the ally’s position in the organization, their readiness and the needs in their respective workplace and relationships. One ally may inspect their hiring processes and decisions, another may more confidently agree to mentorship relationship with a woman, another make take a leadership role in the women’s resource group — all critical actions to advancing gender inclusion.”

As part of the launch of the new initiative, on October 19 Forté will broadcast an online program, the Men As Allies Inclusive Leadership Online Program, with David Smith, Ph.D., and Brad Johnson, Ph.D., authors of the new book Good Guys: How Men Can be Better Allies to Women in the Workplace. The program will be free to the public from 12:15-1:15 p.m. ET. The Men As Allies Inclusive Leadership Online Program will continue on Mondays and Wednesdays from noon to 3 p.m. ET from October 19 to October 28. During four half-day sessions, according to a news release, “Forté executives, along with expert authors and presenters, will share recent research and personal stories to help participants develop a deeper understanding of gender equity in the workplace, what it means to be a male ally, and to create a personal action plan.”

The post Popular MBA Initiative Gets A Corporate Job appeared first on Poets&Quants.

Thu Oct 15 , 2020
After Amazon held its annual Prime Day event on October 13 and 14, the online retailer emphasized the success of third-party sellers. Third-party sellers surpassed $3.5 billion in sales during Prime Day this year, growth that Amazon said its own retail business hasn’t seen. Recently an antitrust report claimed that […] 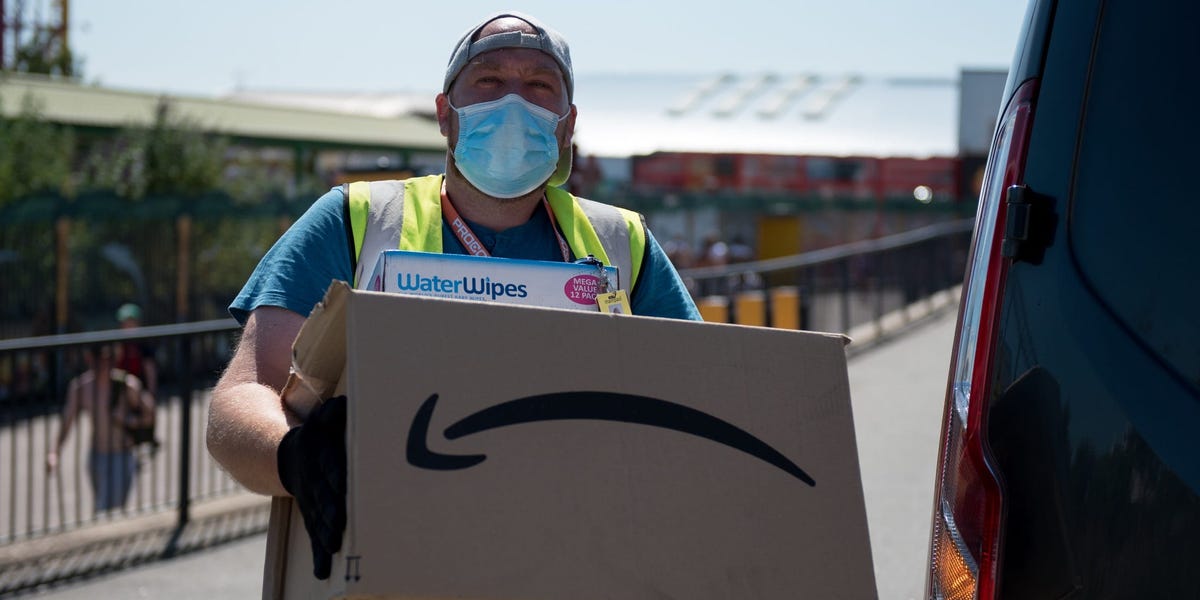