A picture of a French bulldog won her heart.

The puppy, adorned with a pink polka dot ribbon, wasn’t the breed Tara Hughes was initially searching for. Still, she was instantly attached to its furry face. Plus, she said, the owner, who inquired about a fenced-in backyard and ability to care for the puppy, gave her the impression that the dog came from a loving home.

“This picture pulled me in,” said Hughes, who was prepared to meet the owner for a cash exchange. “The questions made me feel it was legit and that they cared about where their puppy goes.”

Then came the signs that something just wasn’t right.

The “owner” first insisted upon a deposit, then wouldn’t communicate on the phone and was hesitant to meet in person.

Hughes later learned the puppy, which she had hoped to make part of her family, wasn’t real.

That was Hughes’ first introduction to the world of puppy scams — a crime that is claiming more victims as a growing number of families seek animals amid the pandemic. In fact, Pennsylvania Attorney General Josh Shapiro recently issued a warning about scams increasing in frequency, including “pet sale scammers” who are posing as online retailers, charging hundreds or thousands of dollars for a puppy or kitten, plus airline and transport fees.

“A common twist is the scammer notifies you the animal is at the airport, but additional fees are needed from you before the animal will be delivered,” said the advisory, which warned consumers to only deal with a seller in person where they can visit and meet the owners of the puppy or kitten, and inspect the premises.

A 2020 Better Business Bureau Scam Tracker report found that 25.2% of all reported online purchase scams were related to pets and pet supplies, with a median dollar loss of $660. The BBB Scam Tracker shows these scams have spiked since COVID-19 shutdowns, with more reports about fraudulent pet websites in April than the total from the first three months of 2020.

The scams are hitting home.

In August, police said a Quakertown-area woman was scammed out of nearly $5,500 in an illicit online pet scheme.

A state police news release reported that the Milford resident paid $5,490 for a dog that was never delivered. “The unknown actor made the victim believe they were sending two puppies and worked for AmericanExShipper.com,” the news release said. “The unknown actor then had the victim purchase multiple gift cards and send the information via email and through a Zelle application.”

While Bucks County Consumer Protection hasn’t lately received reports of puppy scams, officials there are not surprised by the crime trend.

“Unfortunately, it’s no longer surprising that these dubious scam artists are taking advantage of peoples’ vulnerability related to COVID-19,” said consumer protection Director Michael Bannon. “Americans love their animals and fraud artist know how to play on this emotion. The same tips to protect yourself apply to many scams not just this puppy scam.”

Bannon said consumers should make sure they know who they are dealing with at the other end of the phone or internet, and never send money or give credit card information or personal financial details to a stranger.

“If a scammer asks you to use an unusual payment method, including virtual currency like Bitcoin, preloaded gift cards, iTunes cards, it’s a big red flag. Don’t fall for it,” said Bannon, who encourages residents to call Bucks County Consumer Protection with any question before they send money in this situation.

In an October scam alert, the Better Business Bureau warned that puppy scammers now are targeting people who want to rescue a dog, not just purchase them.

The agency warned that victims are being told they needed to send money for special insurance and a COVID-19 vaccine. And when a consumer asks to see the dog or pick it up in person, they are told by the scammer that it “wasn’t possible due to COVID-19 restrictions.”

The scam typically has a heart-tugging story or photos.

The scammer doesn’t charge an adoption fee, but requests payment to ship the pet — even if a consumer asks to pay in person. Most scammers request a consumer wire the money or send it in a pre-paid debit card or gift card, the BBB reported.

After “shipping” the pet, problems arise. Common scenarios include emergency vet visits or additional shipping fees. The scammers ask for more money to resolve the problem, often promising to refund it after the pet is delivered.

Consumers later learn that the dog or cat never existed.

Many victims who contacted BBB’s Scam Tracker during the last year reported they wanted to adopt a pet in order to “ease their isolation” their lives during the pandemic.

Cindy Kelly, director of communications at the Bucks County SPCA, said the organization’s two shelters in Solebury and Richland are seeing an unprecedented demand for puppies and dogs.

“The demand is huge,” said Kelly, who added the trend is influenced by two factors. “Lots of people are home and it’s a good time to acclimate a pet, and they are a good source of comfort.”

Available dogs are on the organization’s website, which is updated in “real time,” she said. Right now, they are going fast. One recent litter of six pointer puppies were adopted within 24 hours.

Aware of the growing number of scams, Kelly warned people against sites like Craigslist, where people often don’t know who they are communicating with — or their intentions.

With the SPCA and other area reputable shelters, consumers have certain assurances in place.

“When you adopt an animal from the Bucks County SPCA, you have confidence knowing it had health exams, vaccinations, a behavioral assessment to help match that animal to the right kind of home,” said Kelly, adding that they offer 60-day guarantee. “There are a lot of reputable groups in the area, and the consumer needs to know to beware of shady deals online. You want to know where you are getting the animal from or if there really is one.”

Russ Harper, executive director of Justice Rescue, which rescues animals in the Philadelphia region from abuse and neglect and finds homes for them, said his agency does a full background check on owners looking to adopt to make sure their lifestyle fits with the animal they are seeking.

They also make sure the owner — post pandemic — will have the same ability to care for an animal. Once an application is approved and a match is made, consumers put down a deposit.

“Because of scams, some people are hesitant to do that,” said Harper, who said such scams have been happening for several years.

He said one way consumers can protect themselves is to research the rescue agency or breeder, who must register with the Pennsylvania Department of Agriculture if they have more than 25 dogs.

“You can look up every one of the licensed rescue agencies to make sure you are dealing with a reputable agency; you can also look at each one of their inspections,” he said. “If you are working with an agency that is not registered, that is a big red flag.”

Hughes, of Lancaster, never expected that the online market would be so dangerous. Like many pet seekers, she felt this time was ideal for getting a puppy since she’s working from home and has time to train a pet.

“The amount of scammers out there is completely insane,” Hughes said. “They ask you questions, like a reputable place would, but then they are asking too many personal questions. Then, they skip right to the deposit.”

Turns out the “French dog” — the type of puppy that lured her in — is one of the most popular dogs used to scam consumers, according to petscams.com.

The most popular breed for such scams is the Yorkshire Terrier (8.9% of scam websites) followed closely by French bulldogs (8.3%). “This is not because scammers have an abundance of Yorkies or French Bulldogs,” the site says. “They have neither, instead they will use the breed that brings them the most return and drop any that they find do not bring them a good return.”

Through Craigslist, Hughes went on to inquire about many other puppies, and similar stories would unfold as if they were following a script.

“You got so excited each time,” she said. “Once I told the kids and family. Then someone takes it from you and you have to start over again. It’s emotional, and it takes a toll on your heart.”

If they didn’t demand a deposit, they required a “delivery fee,” she said. “Do people really send puppies?”

Wise to the trend, Hughes began to research people and addresses. One location, where she had hoped to connect with an owner of a pit bull puppy, was in an abandoned area. That individual would only text.

Hughes finally found a puppy through Facebook and had plenty of phone and video communications with the owner.

“The woman sent me video and pictures so I could pick out the puppy I wanted,” said Hughes, who was so grateful she offered to help the woman find homes for her other puppies. “I told her ‘You are what everyone is looking for.’”

She named her tan and white boxer mix Jade, because of the puppy’s bright green eyes.

“I want people to know that even though it feels like there is nothing but scams, there are people out there who really want to find a good home for their puppy,” she said.

Our journalism needs your support. Please subscribe today to lehighvalleylive.com.

The 7 worst ways people will use their stimulus checks

Sat Jan 2 , 2021
The 7 worst ways people will use their stimulus checks If you haven’t already received it, the IRS has another round of cash headed your way to help relieve some financial pain from COVID-19 and give the lackluster economy a bit of needed stimulation. Most people will receive a $600 […] 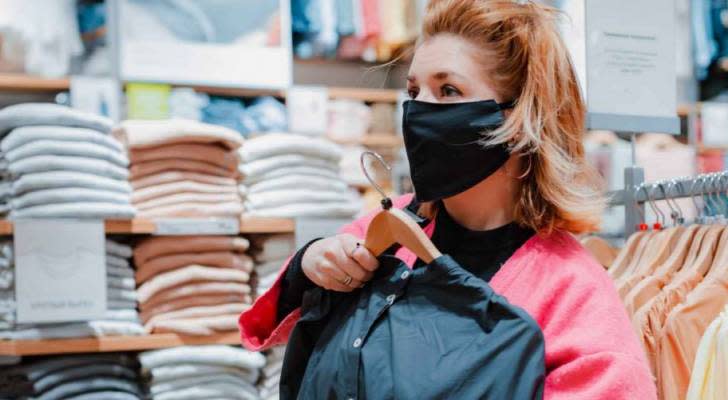