Scammers have become increasingly skilled at advertising fake pension investments through Google, Facebook and other digital means, and the increased use of the internet by the public to buy shopping and services has created a fertile environment for the scammers, officials from the Financial Conduct Authority, the Pensions Regulator and police told the work and pensions committee.

Mark Steward, executive director of enforcement and market oversight at the FCA said: “We have seen a significant increase happening for two or three years but that has now sped up in the last 12 months. People are spending more time at home, online and because you need to do a lot of shopping online, the opportunity to be attracted by too good to be true investments is very real.”

He repeated the FCA’s complaint that there is no regulation of advertising over the Internet, and pointed out how easy it was for crooks to set up online scams.

“In the past they might have had to set up quite a sophisticated outfit of glossy brochures, office fronts and people to appear to be a legitimate business, now all they need is an online advertisement which can be created very easily.”

Social media companies were now being paid twice from scams, he admitted. First they get paid by the scammers for their ads, then they are paid by the FCA to advertise scam warnings.

“The irony is rich that social media gets a fee from the scammer as well as the regulator.”

Companies hosting the scam websites were also getting paid by the scammers.

He said unlike traditional media such as newspapers, social media was unregulated and there were few “gateway controls” on ads on search engines, Twitter or Instagram.

He said the FCA had “started a dialogue” with social media firms to address this but it did not have powers to enforce them, rather having to negotiate, “which isn’t necessarily the fastest way to get things done, particular with things that might affect the revenue of the organisations we’re talking to.

“We are getting positive responses but we would like to see far more effort.

“The objective of these discussions is to get a significant reduction in online scams but we are not seeing that. In fact, we are seeing the numbers continuing to increase. It’s going the wrong way.”

He said investment fraud should be included in the proposed Online Harms Bill, which currently does not include it.

He said social media was set up so scammers could “industrialise the process” with multiple ads offering many different products on a daily basis.

Commander Clinton Blackburn, national coordinator for economic crime at the City of London Police agreed, saying online and social media-based scams had increased significantly according to Action Fraud figures, and that they could now be perpetrated from anywhere in the world.

Graeme Biggar, director general of the National Economic Crime Centre warned that the increased use of the internet to shop for financial services made it easy for scammers to dupe people into being defrauded by setting up fake comparison websites which linked them through to cloned versions of legitimate investment sites.

It was not just the rise of an unregulated Internet and Covid lockdowns that were making Britain ripe territory for scammers. The Pension Regulator’s director of frontline regulation, Nicola Parish, said “pension freedoms” brought in over the past decade had made it easier.

“Before, you would need to create a sham pension scheme to move [the victim’s] money from one pension to another. That is not necessary now as it’s possible just to release some of your pension.”

The FCA’s Seward agreed: “Pension freedoms have brought greater choices for consumers and with that comes the peril that not everyone is going to navigate those choices well… It is very clear that there is a correlation between pension freedoms and the fact that a scammer is going to try and game that as an opportunity.

He said he had seen the same thing in his native Australia when similar policies were brought in before the UK.

“There needs to be a lot of investment in consumer information to enable the worst choices to be avoided by consumers.”

Parish said Project Bloom – a combined effort to combat pension fraud between the four organisations – had advertised warnings to potential victims but Seward said while such measures had been effective “they’ve always been limited by the amount of money we had to spend on it. It needs myuch broader, saturating coverage. That is what happened in Australia and it’s worth looking at.

“The success of these campaigns has been good but we need to go further. There’s a real question of resource here.”

Ad campaigns worked but needed to be regularly repeated, Parish and Seward said.

The public now has a right enshrined in law to take their money out of company pensions and move them, meaning fund trustees can find it difficult to stop them making bad investment decisions.

Parish said trustees should still be doing due diligence on where their scheme members are moving their money to. Over 100 companies had signed up, she said.

A Pensions Schemes Bill currently going through parliament should make it harder for scammers to “get their hands” on pension pots.

Action Fraud is the first port of call for victims of frauds but has been found severely lacking, with undercover reporting by The Times newspaper revealing a severe lack of training or motivation to escalate or investigate fraud reports.

A review into the organisation followed.

Blackburn said the police did not have the resources to “arrest our way out of” pension fraud. He said more funding was needed for prevention – educating the public on how to avoid being duped.

Action Fraud was a useful tool for the police to get an overall picture of what scams were around, he said, adding that arrests were also sometimes made, and City of London police took down 30,000 websites last year.

He said there were very swift dismissals and improvement plans to Action Fraud after the Times report, he said. Satisfaction levels from users had improved since the changes, he said.

The NECC’s Biggar said: “A large degree of the criticism that gets heaped on Action Fraud is a criticism of the way we deal with fraud in the UK as a whole.”

He pointed out that last year for the first time fraud became the biggest reported crime in the UK.

“Fraud last year became about a third of all crime that is reported, and it has less than 1% of police dedicated to looking at it,” he said. “We have this massive mismatch in the law enforcement and policing response and unsurprisingly that doesn’t lead to brilliant outcomes.

“We are never going to be able to dedicate the numbers of police to go after every one in the way we would like to do and victims would like us to do so we need to be more intelligent about how we approach that.”

Intelligence sharing between companies, police and regulators to clamp down on scamming was less effective in pensions than in general insurance, MPs said. Biggar admitted more had to be done.

Parish said the pension industry should be reporting suspicious about scams to Action Fraud.

Some MPs were frustrated the officials could not give clear indications of how big the problem of pension scams was.

Seward said the FCA was close to getting to a position where it could detect online scam ads “almost as soon as they are appearing” so it can provide warnings instantly.

“We have been very active in this in the past year with the number appearing on our warning increasing by 100%.”

“We almost know what time of day these ads start to appear and that information can be shared.”

NECC’s Biggar said the National Cybersecurity Centre and City of London Police were looking at ways to take the scam ads down from websites. He said about 100 sites had been taken down – a small proportion of the total, but a start, he said.

Fake comparison websites will be the next target, he added.

Rocio Concha, Director of Policy and Advocacy at Which?, said:“Online advertising scams can have a devastating impact on victims, yet our research has repeatedly found that online platforms such as Google and Facebook have failed to prevent fraudsters from exploiting their systems and are falling short in protecting their users.

“Despite acknowledging the seriousness of the issue, the government has not included scams within the scope of its online safety bill. It must urgently come forward with new proposals to give platforms more legal responsibility to prevent fraudulent content from appearing on their sites in the first place.”

Quilter should have seen the British Steel pensions scandal coming

Here's how much savings you should have at 40 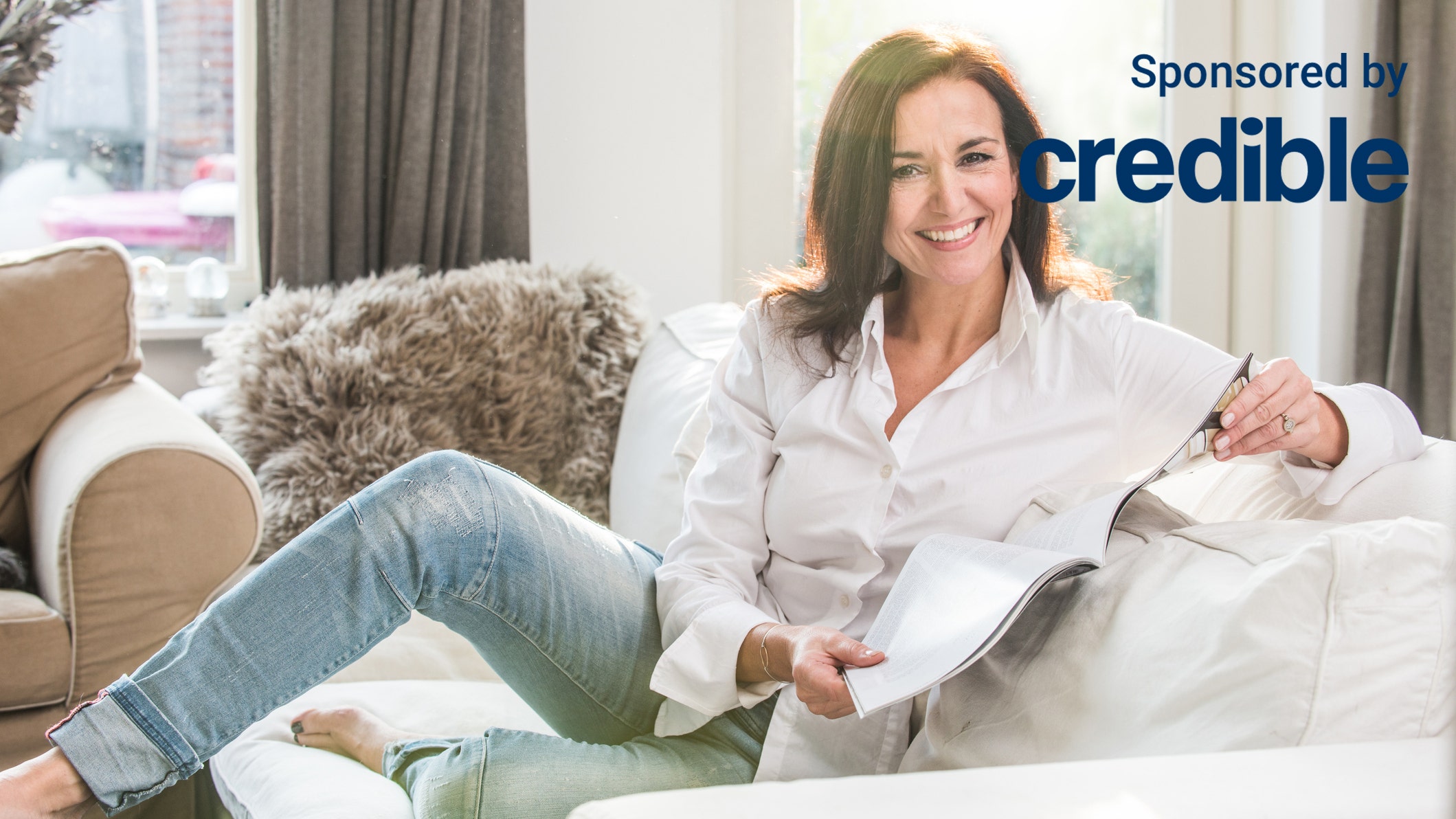