Big retailers this week reported results through October that make what’s left of 2020 — the retail industry’s biggest time of the year — even more important.

Online sales at Target and Walmart are still growing at accelerated rates — a whopping 155% at Target and 79% at Walmart. Both have pulled further away from the pack and are becoming more of a challenge for Amazon, which earlier reported a stronger-than-expected 37% rise in third-quarter sales.

Lowe’s and Home Depot posted sales increases, as did Williams-Sonoma, which said its 49% online sales increase was a quarterly record. But the retailers that sell fashion and apparel, including Macy’s and Kohl’s, are still reporting quarterly sales declines.

Eye-popping online sales increases at Macy’s and Kohl’s earlier in the pandemic moderated during the third quarter. TJX relented on its earlier stance on online, saying it will launch an e-commerce business for its HomeGoods brand in the second half of 2021.

Overall, the industry headed into the holiday quarter with the smallest monthly increase in U.S. retail sales since May when spending rebounded from the big declines in the early months of the pandemic. October retail sales were up 0.3% from the prior month, below the 1.6% increase in September.

The third quarter included an uneven back-to-school season and put a spotlight on how people are spending and shopping. Foot Locker, the largest U.S. athletic shoe specialty retailer, said school shopping kicked in later than usual and its year-to-date sales are more than 7% below last year. In an uncertain year, maybe third-quarter results won’t offer hints for the holiday, but here’s what a big batch of major chain stores reported this week:

Walmart, the world’s largest retailer, reported a 79% increase in online sales and an overall sales increase of 6.4%, which means store traffic is down. In the era of COVID-19, maybe that’s not a bad thing if stores are taking care of online business. Walmart senior vice president Tom Ward said stores have more than doubled the number of personal shoppers on staff and now have 157,000 of them in stores to fill food and general merchandise orders for the holidays. Sam’s Club stores sales increased 11.1%, and e-commerce sales were up 41%.

“With the outbreak of COVID-19, the retail world clicked to a fast-forward and our ability to adapt quickly has been crucial. Changes in customer behavior have accelerated the shift to e-commerce and digital. We were well positioned to catch and ride these waves, given our previous work and investments,” said CEO Doug McMillon.

Target was firing on all cylinders in the quarter, gaining market share as a one-stop shop for consumers trying to limit their shopping visits. The retailer’s online sales increased 155%, and same-store sales were up 9.9%. Target CEO Brian Cornell had a lot of positive trends to report in sales of electronics, home and apparel and in the increased use of its digital and drive-up services. Cornell told analysts that traffic was 4.5% higher in the third quarter and basket sizes were up 15%. Customers are shopping weekly and shopping more categories, he said.

Nearly $700 million of sales growth was from Target’s drive up service, which increased more than 500% compared with last year.

Macy’s reported a more than 20% decline in sales, representing a 36% decline in store sales and a 27% increase in online sales as shopping patterns shifted. CEO Jeff Gennette told investors Thursday that the COVID-19 surge “continues to impede our recovery.”

Kohl’s’ third-quarter sales fell 13%, and that number included at 25% increase in online sales. But that was an improvement from the previous quarter, when sales fell 23%. CEO Michelle Gass said sales rebounded in September and October. The retailer is still working to “reignite” sales in women’s apparel. Kohl’s is pushing to expand the “active” category, which Gass said she thinks of broadly to include apparel and shoes but also accessories and outdoor. The chain wants to expand the category from 20% of its business now to 30%.

Home Depot and Lowe’s continue to benefit from consumers spending on home improvements. The trend is being closely watched because analysts assume at some point the level of spending will taper off. But that didn’t happen in the third quarter. Home Depot’s sales increased more than 24%, and Lowe’s posted a 30% increase.

Looking for more retail coverage? Click here to read all retail news and updates. Click here to subscribe to D-FW Retail and more newsletters from The Dallas Morning News.

Sat Nov 21 , 2020
Warren Buffett says here’s how to keep your finances healthy during COVID COVID-19 and recession it caused have been hitting everyone — including 90-year-old investing legend Warren Buffett. At his massive conglomerate, Berkshire Hathaway Inc., the pandemic “has adversely affected nearly all of our operations, although the effects are varying […] 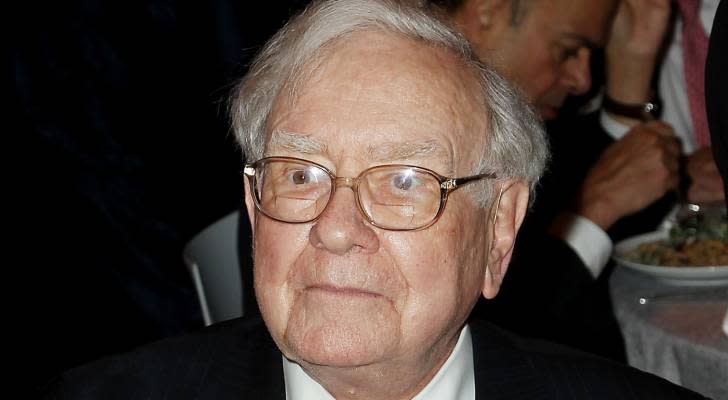