I have to admit it, I’ve always had a soft spot for Crystal Palace. If you’ve read the column for any amount of time you’ll be aware that I’m an Arsenal supporter but I am easily swayed to root for other teams outside of the top contenders if there’s an interesting story to be had. The improbable title run of Leicester City and Jamie Vardy. The fascinating approach to team-building in actual partnership with a “super-agent” and focused on a specific (non-British) nationality at Wolves. You get the idea.

Well, one of the things that can always catch and keep my attention is a great live fan experience. About 10 years ago, my wife and I traveled to the UK. The bargain we struck was that I could get as much football in as possible over the Easter weekend and then we’d do a bunch of non-football-related stuff with the rest of our time. With London as our base of operations for the long weekend, we scheduled Fulham at Craven Cottage (vs Wigan), Arsenal at the fairly new Emirates (vs. Wolves), and then-Championship Crystal Palace at Selhurst Park (vs. Preston North End).

With the exception of the Arsenal match, it was pretty easy to get tickets online for both Fulham and Crystal Palace. Being novices to watching live at the time, it didn’t occur to me that potential rain might make it a bad idea to buy the readily-available seats near midfield a couple of rows from the pitch.

As it turned out, it was a great idea. The weather was fantastic. The atmosphere could best be likened to a county fair. It felt very family-friendly. There was music playing outside the stadium. It was easy to get where we needed to be. The prices were reasonable and everyone generally appeared to really be enjoying themselves. As far as pre-match experiences go, it was far superior to anything I’ve experienced at the massive modern Premier League venues like the Emirates, Etihad, London Stadium, or Tottenham Stadium (or semi-modern like Stamford Bridge).

Now, when you’re going to a match between teams you don’t really care about one way or another, it’s always a good idea to root for the home team. Whether that affiliation lasts a mere 90 minutes or it carries over doesn’t really matter but it’s fun to get caught up in the excitement of the crowd unless you have a compelling reason not to. In this case, it helped that one of my irrational fantasy crushes of that era, Jimmy Fallon-lookalike Darren Ambrose, played for Palace.

I don’t remember the circumstances of my fandom for Ambrose but I suspect it had something to do with me picking him up to enable some better players in the Yahoo game and having him come through unexpectedly. Regardless, I was happy to see him and he must have been happy to see me as well because he scored 15 goals that season including one that day. I don’t know what got into Darren Ambrose that season but he more than doubled his next best Championship or Premier League goal output that season.

You may be wondering why the page-long digression on my random trip to Selhurst Park ten years ago. No, I haven’t run out of other things to write about thus necessitating a ten-year anniversary piece on something already pretty obscure. Rather, I’m writing all of this so you understand why I’m going to get fired up about how dangerously close it feels that Palace are to going down and going down hard.

After the sale of Aaron Wan-Bissaka to Manchester United, there wasn’t a lot to recommend Palace this season. Wilf Zaha was there to lead the line despite making it abundantly clear that he’d prefer to be elsewhere. Patrick Van Aanholt and Luka Milivojovic are nice bargain fantasy players who both have the potential to get hot but I don’t think either can claim to be above average real-life players at their positions in the Premier League. Beyond that, there’s a lot of guys who would look equally at home on the Championship squad that I saw ten years ago. Not bad players but readily replaceable. No one is feeding the transfer rumor mill with rumors of Scott Dann to Manchester United or James Tomkins to Chelsea.

The sale of AWB didn’t yield the arrival of two or three up-and-coming talents who might fill the talent pipeline. Throw in a poor season from Zaha and the economic impact of the pandemic and it looks like Palace might have missed the window to sell the Ivorian for silly money. If, as he passes 27-years-old as a player whose game is predicated on speed as much as anything else, there continues to be drop-off in Zaha’s game it’s hard to see how Palace can stay up next season.

With my affection for Crystal Palace in mind and no shortage of need on their side, here is my modest, and I think, financially-plausible plan for getting Palace to a point where Roy Hodgson doesn’t have to perform some sort of dark magic to keep them up again.

Goals. Quite simply, Crystal Palace can’t score. Perhaps due to system, managerial acumen, or necessity the Eagles conceded a mere 50 goals (not top six stuff but the equal of Burnley who are generally regarded as a tough-to-break-down mid-table side). No, the issue is that Palace scored only 31 goals this season, by far the fewest of any club staying up and significantly fewer than two of the three relegated sides. That just isn’t sustainable. Without crazy money to spend, here’s how I’d go about a fix.

The trio of Christian Benteke, Jordan Ayew, and Wilf Zaha aren’t great. Benteke appears to be done, failing to recover from the injuries that derailed his career. Ayew overperformed expectations but that was merely enough to balance out Zaha’s underwhelming season. With excellent midfield support, they could be an adequate forward group but they certainly aren’t capable of carrying a club to safety, let alone mid-table.

For me, this points to Ollie Watkins of Brentford. At 24-years-old and coming off of a 25-goal campaign, Watkins will be coveted. The Transfermarkt estimate of $13m feels a bit low but if it’s even in the neighborhood, this would be a great buy that provides both potential as well as covering the downside if Palace can’t stay up.

Remember in the previous section where I said the forwards could be seen as adequate if supported by a quality midfield? Well, here’s the list of names in the Crystal Palace squad with an M next to them:

Eek. Granted, goals from midfield aren’t the end-all, be-all of rating a group but with Luka Milivojovic having an off season from the penalty spot Roy Hodgson’s midfield didn’t feature a midfielder with more than 3 goals. To make matters worse, it isn’t like they were heaping on the assists in lieu of actually scoring themselves. This group needs a talent infusion immediately.

Fortunately, there are some answers that should be available. The first option should be Ryan Fraser. Yes, he had a down season at Bournemouth but the price is right for the free agent. The wages are sure to be steep but that pales in comparison to the cost to acquire similar talent on the transfer market.

At the base of the midfield, I’d add Watford’s Abdoulaye Doucouré. I am a believer in his talent and that his past two seasons, which have admittedly been drop-offs from his 2017-2018 campaign, have more to do with Watford’s management chaos than his ability. After being relegated, I suspect that his price will be affordable.

Finally, the icing on the cake. If Palace are to truly rebound then they need a new Zaha-level talent on the rise who can invigorate the attack and, potentially, bring in a massive transfer fee after a couple of years of improvement. The obvious candidate here is Ismaila Sarr. It isn’t clear that Palace have the money to make it happen but, if they can do it, they would have a potentially above-average attack to go with their above-average defense.

The names are easy to pick out but, do they fit? In my mind, the answer is a clear yes. These moves would allow Zaha to play something of a free role. Watkins would be the center forward that Benteke was supposed to be albeit with a slightly different physical profile. Jordan Ayew would take a place on the bench and be available late in matches or as insurance in the event Watkins isn’t quite ready for the Premier League. Benteke would play out his final season under contract as a “use only in case of emergency” option which lines up with his performance level in recent seasons.

Flanking Watkins, would be the trio of Ryan Fraser (predominantly left), Wilf Zaha (second forward/central), and Ismaila Sarr (predominantly on the right). All three have speed, can score, and provide a cutting pass. Behind a forward, all three could be somewhat interchangeable although Fraser seems fairly tied to the left based on what I’ve seen of him.

Behind the attacking quartet, Doucoure would be an ideal box-to-box option ensuring that the defense isn’t left short-handed while providing some goal threat when he goes forward. Doucoure’s range of passing would also help unleash the talented attacking group in a way that Palace’s current midfield is too-frequently unable to.

As an added bonus, there this group can also provide some additional flexibility for Roy Hodgson when he plays against the big boys of the Premier League. Pulling Watkins out of the line-up, Hodgson can move Doucoure up the pitch and play with an attacking four of Doucoure, Fraser, Zaha, and Sarr that looks ideally suited to fast-breaking after the rest of the group parks the bus against superior possession.

Money is always the big question when it comes to the transfer window. I don’t know if Palace have any or not. They weren’t big spenders after selling off Aaron Wan-Bissaka so there should be some cash sitting around for a rainy day. If they can sell off one or two other spare parts for even modest money, it seems like the above plan is feasible financially. If they can pull it off, Palace would be at least as good as, if not better than, Everton, Newcastle, Brighton, West Ham, and Aston Villa and within shouting distance of Burnley and Southampton. More importantly, with three young attackers on the rise in Fraser, Sarr, and Watkins, there would be some cause for hope heading into future seasons.

Thu Aug 13 , 2020
First there were Tendies and YFI. Then came (and went) YAM. And, as of yesterday, we have Based Money. Meet today’s decentralized finance (DeFi), in what amounts to a crossover between massive multiplayer online (MMO) games, like World of Warcraft, and crypto pump-and-dump schemes. These aren’t the same DeFi projects […] 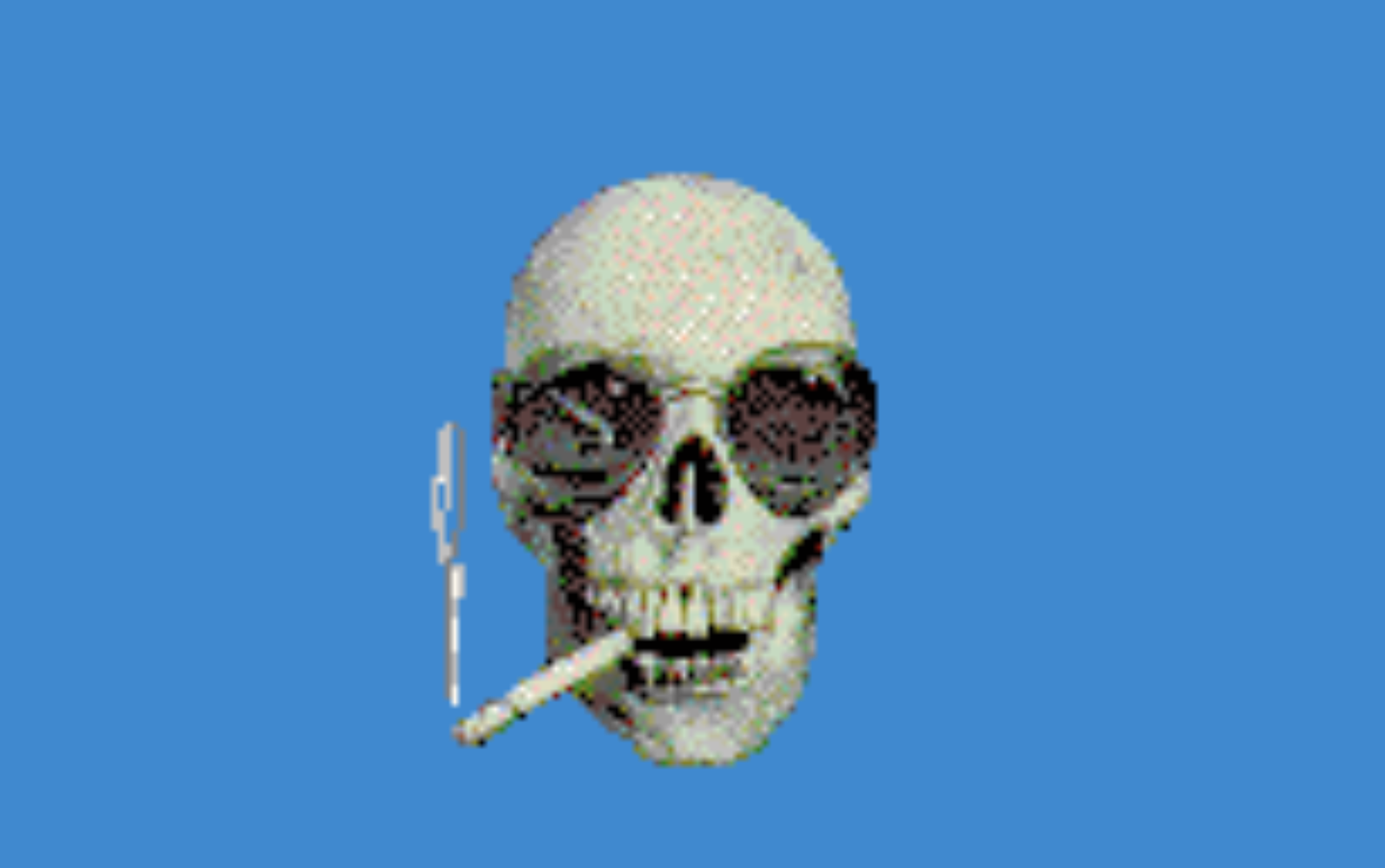