The Rugby Players’ Association are prepared to start legal proceedings against the law firm representing former rugby players with early onset dementia over damaging claims that it is not fit for purpose.

Along with the revelation that former internationals Steve Thompson, Alix Popham and Michael Lipman intend to launch a lawsuit against rugby authorities for negligence in their management of concussions, law firm Rylands Law Ltd released a set of XV “commandments” to make the game safer.

Point IV was that the RPA is effectively compromised as a players’ union by the substantial funding it receives from the Rugby Football Union which it says represents a “considerable conflict of interest”.

It also highlights the role of chief executive and founder Damian Hopley whom it claims received a £39,000 “consultancy fee” from Restart Rugby, the RPA’s charity, in 2018. Links between the RPA and healthcare provider Cognacity, where Hopley’s brother works, are also questioned.

While the RPA has every sympathy for the plight of the players involved in the case, including Thompson who says he cannot remember England’s 2003 World Cup victory, it strongly disputes the assertions made in the list of commandments. The organisation insist that it led the way on concussion education and awareness and says that the funding it receives from the RFU is directly spent on player personal development and welfare programmes rather than trade union activity. A source said the claims are a “tissue of lies” and the RPA is now consulting its lawyers.

Rylands Law Ltd are prepared to lodge their claim of up to 11 players, who are diagnosed with dementia and possible CTE, against the Rugby Football Union, World Rugby and the Welsh Rugby Union in the next few days. These individual claims could lead to an application for a larger group litigation order, which could amount up to a seven-figure settlement per player. Richard Boardman, the lawyer, leading the action revealed that he is now in touch with 110 players who are suffering symptoms suggesting neurodegenerative problems.

However according to one of the world’s foremost concussion experts, the true extent of rugby’s concussion problem will not be known for 10 years or more as the first generation of professional players matures. Chris Nowinski is the chief executive of the Concussion Legacy Foundation and whose work with the Boston Brain Bank helped uncover evidence of CTE in 110 out of 111 former NFL players. CTE, a neurodegenerative disease, can only be fully diagnosed by a post-mortem dissection of the brain, although Rylands believe it can provide evidence that their claimants are suffering CTE through cognitive tests and brain scans. Nowinski told Telegraph Sport that rugby’s authorities must act immediately to replicate the NFL in limiting full contact training as well as bringing down the number of matches played.

“Let’s stop the bleeding,” Nowinski said. “Let’s not ruin anyone else’s life because we think people need to practise getting hit in the head every day to become good rugby players. That is such low hanging fruit that you can kick it when you walk. The idea of playing rugby 12 months a year without restrictions is a recipe for disaster.”

Boardman believes that up to half of all professional rugby players could face neurological problems. Even if insurance policies will cover some of the costs that could still be financially ruinous for a sport still dealing with loss of tens of millions of pounds during the Covid-19 pandemic.

Yet Boardman insists the litigation together with the 15 commandments are an attempt to force change from the governing bodies rather than a purely money-making exercise. “We can’t do trial by media, so now we’ve announced the litigation we’ve got to take a step back,” Boardman said. “But immediate changes need to be made to the game to protect the current generation and future players. The collisions are just as big now, the speed of the game, the workload, and there’s nothing to suggest what’s happened to Steve and Alix, and Michael won’t happen to current and future generations.

“We believe up to 50 per cent of former professional rugby players could end up with neurological complications in retirement. That’s an epidemic, and whether you believe the governing bodies and World Rugby are liable or not, something has to be done to improve the game going forward.”

Meanwhile Bristol Bears director of rugby Pat Lam, who was a former teammate of Thompson’s at Northampton, insists the game has made great strides to improve player safety. “I cringe when people say the game has gone soft and it should go back to the old days,” Lam said. “Now, all of the learning is geared for things to improve. The head injury assessments are great, dropping the height of tackles and there being an emphasis on the player and coaching. We go through everything. What they are doing at the moment I think has come a long way to improve the safety of everybody.”

Prescription drug savings: Here's how to save, even without insurance

Thu Dec 10 , 2020
PHILADELPHIA (WPVI) — Saving money is on everyone’s mind right now, and you could be missing out on hidden savings with your prescriptions. Using these methods, it could be cheaper to pay out of pocket than even using insurance. We have our partners at Checkbook Magazine to thank for this […] 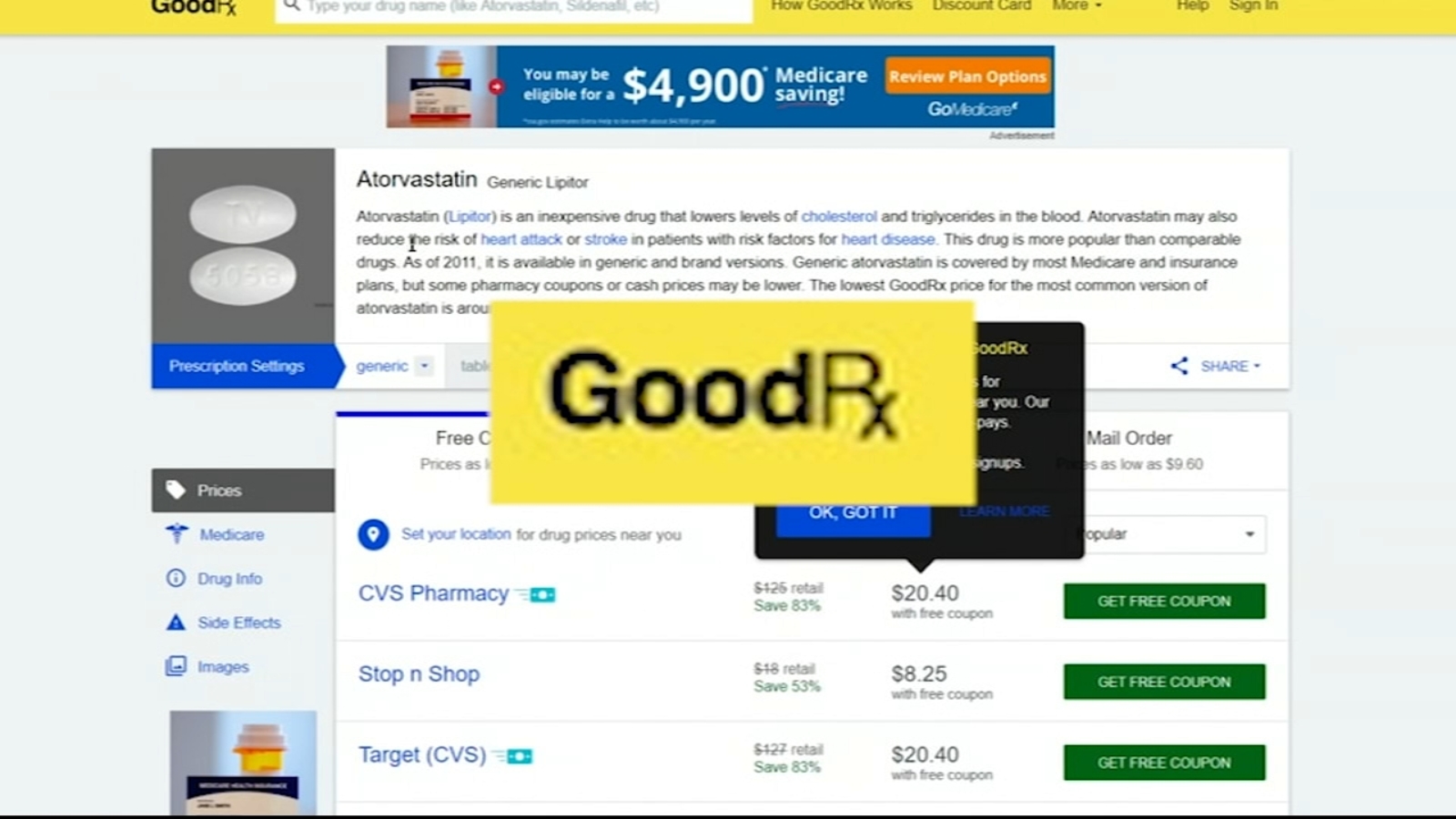