After months of negotiations, Republican President Donald Trump signed into law a $908 billion pandemic relief package that will provide $600 stimulus checks to all Americans who make $75,000 a year or less.

The passage of the bill comes nine months after the first coronavirus stimulus package – the Coronavirus Aid, Relief and Economic Security (CARES) Act – was signed into law on March 27, as the COVID-19 pandemic was ramping up across the country and battering the nation’s economy. The piece of legislation provided $1,200 checks to tens of millions of Americans.

Like it did for the CARES Act, Omni Calculator, an online finance website, has come out with a tool to allow people to calculate how much money they wil receive from the newest stimulus package, as individual payments for Americans are expected to differ based on people’s income and dependents.

“The new bill is a much-needed piece of good news as this week, ending December 26, 2020, is the last one covered by the CARES Act’s extended unemployment programs,” Omni Calculator noted on its website. “Over 150 million Americans who benefited from the CARES Act are now waiting their second stimulus check.”

Use the calculator below:

On top of providing direct payments to Americans, the bipartisan package, which was tacked onto the end-of-the-year omnibus spending bill, will also extend unemployment benefits and give hundreds of billions of dollars in aid to small businesses, health care facilities and schools.

Trump has, along with many Democratic legislators, put pressure on Congress to increase the individual payments to Americans from $600 to $2,000. Only a few days prior to giving his stamp of approval on the most recent stimulus bill, the president called the legislation a meager “disgrace.”

The Democratic-led House passed a bill Monday aiming to increase the stimulus check amount by $1,400. Whether the Republican-majority Senate will vote on or even consider such a measure remains to be seen.

Senate Majority Leader Mitch McConnell has given no indication the upper chamber of Congress will take on the issue of increasing stimulus checks. He celebrated the signing of the stimulus package late last week, pointing out it allowed for the federal government to avoid a shutdown.

Beyond the issue of whether individual payments will be increased, the other question on the minds of Americans is when they will get their checks.

After the CARES Act was passed in late March, $1,200 stimulus checks were sent to close to 90 million people within the first three weeks of April, with CNN reporting that most eligible Americans received their payments within two months.

The new stimulus checks are expected to be sent out this week, a Trump administration official told CNN, though the timeline could shift. According to the news outlet, experts have estimated it would take the U.S. Department of the Treasury at least two weeks to get the payments out to Americans.

“The timing could be more challenging this time,” Howard Gleckman, a senior fellow at the Urban-Brookings Tax Policy Center, told CNN, “but the IRS could likely begin to get the money out in January.”

The other big question for Americans is how much money they will get from the bill.

The stimulus package, like the CARES Act, has a cap of $75,000 for the relief checks. Americans who earn more than that amount will receive proportionally lower payments, 5% or $5 for every $100 of additional income, according to Omni Calculator.

“This means that the benefits will phase out at a lower income than the CARES Act since the base benefit amount is smaller,” Omni Calculate said on its website.

A married couple or a single parent can receive an extra $600 for every dependent under the age of 17 years old. The amount is $100 more than what was provided under the CARES Act.

The support for married couples is again calculated together, meaning a couple is eligible to receive $1,200 if their total income does not exceed $150,000, Omni Calculator noted.

4 Stocks That Are Disrupting the Healthcare Sector

Tue Dec 29 , 2020
The multitrillion dollar U.S. Healthcare industry was bound for disruption, given the degree of inefficiency and over expensiveness it was grappling with.  The country’s economic history has established this fact over the ages that industries, which are overexpensive and inefficient will be overturned and one such space is the U.S […] 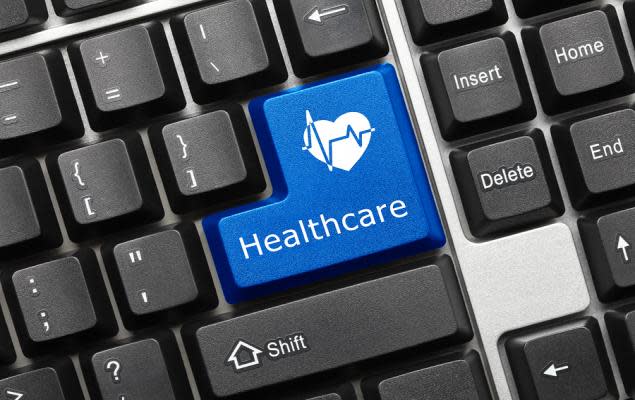