Years before Vanessa Pappas became the public face of TikTok, she interviewed for a job hosting a car show at a buzzy video production company that helped internet personalities make money. It didn’t go so well.

For starters: she was actually supposed to interview for a very different role at Next New Networks, overseeing the platform’s entertainment networks. But the producer of the web series pulled her in to audition as a host for an online show instead. While Pappas went along with it, she told the company she was better behind the camera.

“She failed the audition I think,” recalled Fred Seibert, cofounder of Next New Networks, who met Pappas when he guest lectured at the New School, where she was completing a master’s degree in media studies.

Pappas ultimately got the job she’d come for. Her work at Next New Networks, which included managing content development and helping creators build their followings online, paved the way for her to join YouTube, which acquired the company. At the end of 2018, she took over as the general manager of TikTok’s US operations.

Then, last summer, she took a big risk by stepping into a role that looked to be one of the most precarious jobs in the tech industry at the time: running TikTok. The short-form video app was incredibly popular, with 100 million US users, and yet its future in America was in serious doubt.

Just weeks before Pappas became the interim global head of TikTok, President Donald Trump threatened to ban the app amid an escalating trade war with China. (TikTok is owned by a Chinese parent company, ByteDance.) She would effectively need to run TikTok while it navigated the Trump administration’s threats, a possible sale as a direct result of those threats, and a long list of competitors eager to pounce on the platform’s success and uncertain future.

If that wasn’t enough to give her pause, there was also the short tenure of the previous person in charge. In the face of mounting regulatory scrutiny in the US, TikTok poached an executive — Kevin Mayer — from one of the most iconic American companies, Disney, to serve as its CEO. He quit just three months later following Trump’s threats of a ban, citing a “political environment” that had “sharply changed,” according to a memo Mayer sent to employees that was obtained by CNN Business.

With Mayer’s time at TikTok ending and the company’s problems very clearly not ending, Pappas was named interim global head of TikTok in late August. She had previously run TikTok’s North America, Australia and New Zealand business. Pappas, who is Australian, represented TikTok as its face in the US instead of Mayer who, as TikTok pointed out numerous times in his short tenure, was an “American CEO.”

Now, TikTok’s future looks a little less uncertain. The Trump administration has yet to ban the app in the US, though it continues to fight in court for the ability to crack down on TikTok. And time may be running out: Trump is weeks away from leaving office. Meanwhile, the service remains a force in American pop culture, despite the competition.

“With Mayer leaving it was big shoes to fill for Vanessa while navigating TikTok through a Category 5 storm,” said Daniel Ives, an analyst with Wedbush Securities. “Fast forward to today, Vanessa and her team have played a game of high stakes poker and appear to have won this latest battle.”

Those who know Pappas describe her as a quiet and thoughtful person, with a deep background working with social media stars and, according to TV producer Kit Laybourne, who met her when she was a teacher’s assistant in his course at the New School, a “born media mogul.”

“She was the kind of person who came in and did her job, put her head down and figured out the things that needed to be done,” Seibert said.

When she first joined the company in late 2018, TikTok was still viewed as the scrappy alternative to Instagram and YouTube. It was best known for videos of teens lip syncing and dancing, and for an algorithmic feed that made it easy for videos to go viral overnight.

Now TikTok, and Pappas, are confronting weightier issues. TikTok has been working out the details of a proposed deal with the US government to resolve allegations that it poses a national security threat, a characterization Pappas has said “we strongly disagree with.” Last year, TikTok and ByteDance proposed a deal that would bring in US investors including Oracle and Walmart. President Donald Trump tentatively okayed the proposal, but it has not been formally approved by a government panel that analyzes foreign investment deals for national security implications. It’s unclear what happens when Trump leaves office this month.

Pappas told the New York Times in September that she is not involved in TikTok deal talks. True to form, Pappas is intently focused on putting the app’s community of content creators and users first.

“I’m focused on making sure we’re providing an amazing experience for the hundreds of millions of people who come to our platform for joy and connectivity,” Pappas said in a statement to CNN Business. “For me, it’s a matter of reminding folks that we have a path forward and that we have our North Star.”

Pappas is “unusual” in this role because she has such a deep knowledge of “what makes the community of talent click,” said Herb Scannell, cofounder of Next New Networks and the former president of Nickelodeon and former vice chairman of MTV Networks. “What [TikTok] has in her is somebody that the community knows ‘gets’ them. Her career has been built on getting them.”

An expert on social media stars briefly becomes one herself

While regulation is perhaps the more immediate threat for TikTok, the lifeblood of any social network is its user base — and the influencers who help attract them there. But amid months of back-and-forth between TikTok and the US government over its future in the country, competitors have swooped in to try and lure anxious influencers and users away with copycat products and money.

Instagram launched “Reels,” YouTube is testing “Shorts” and Snapchat rolled out “Spotlight,” where it’s paying $1 million per day to the people who make the most entertaining videos. There are also smaller TikTok rivals including Triller, Byte and Dubsmash, which was recently acquired by Reddit.

Before Pappas was named interim head, she took on the role of calming TikTokers’ nerves and assuring them the service was there for the long-term.

“We’re not planning on going anywhere,” Pappas said in a video posted to the company’s official TikTok account in early August immediately after Trump said he would ban the app. “When it comes to safety and security, we’re building the safest app because we know it’s the right thing to do … We’re here for the long run.”

In what may have been a first for her, Pappas was suddenly the one going viral. Her video was viewed more than 56 million times on TikTok, with some users thanking her and calling her “queen” and an “icon.” Soon after, she found herself being interviewed on The Today Show and taking over the top spot at TikTok.

It’s unclear how long Pappas will serve in the interim role and whether she will be named permanent CEO, if and when TikTok finalizes its investment deal with Oracle and Walmart. (TikTok declined to comment on the matter.) But she will likely remain a force in the social media world wherever she ends up.

“She looks at the world from the eyes of the creator,” Seibert said. “Wherever the next generation of creators go, I know she will be following them.”

What Do Financial Advisors Do To Move Ahead This Year? 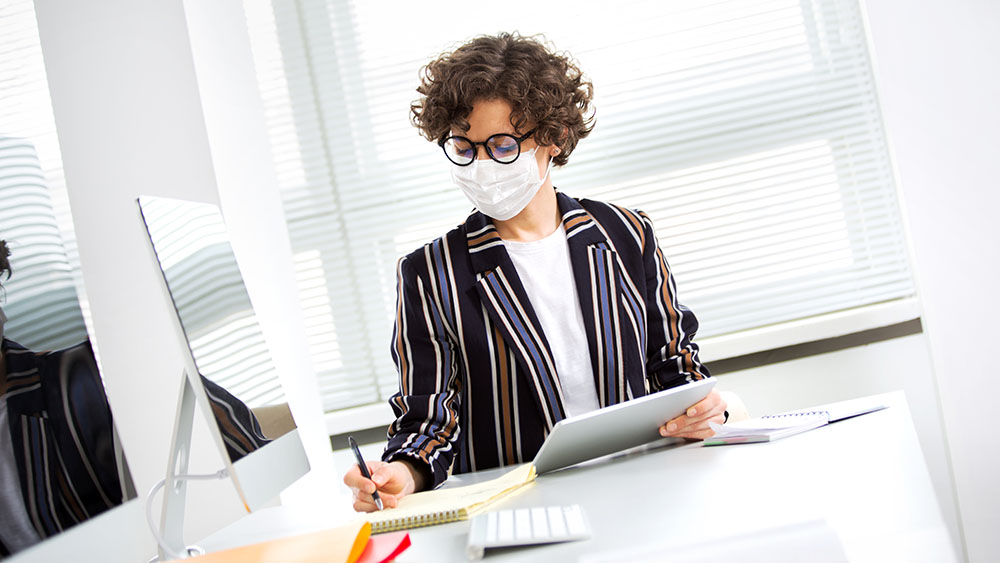