Tyla-Simone Crayton has accomplished a lot for a 17-year-old: She is the founder and CEO of Sienna Sauce, with her chicken wing-style sauces sold in over 70 retail stores across the U.S. In 2019, her company generated $192,000 in revenue, she previously told CNBC Make It. To date, she has landed over $45,000 in funding through pitch competitions and has raised nearly $200,000 through crowdfunding investors.

Today, Crayton continues to grow her brand and has no plans of slowing down.

“I want [Sienna Sauce] to be a household name,” she said. “And [the business] will be passed down through generations.”

Crayton learned a lot building her business and from people she met along the way – including self-made billionaire Mark Cuban. Here are four pieces of advice Crayton has for other small business owners and aspiring entrepreneurs.

Ask questions and continue to learn

“Never be afraid to ask questions,” says Crayton, who created her sauce at age 8 and starting selling it at age 14.

“Sometimes we get caught up with our pride and things like that, but never be afraid to be vulnerable and ask questions because it’s OK to not be the smartest person in the room,” she recently told CNBC Make It. “You can always learn from someone else.”

Consistent learning is important to Crayton – as a teen entrepreneur balancing homeschooling and managing her company, she still makes time to take online business classes.

“There’s so much knowledge on the internet. If you don’t know something, Google it,” she says, and if that doesn’t work, buy a book that can help.

Cuban surprised Crayton when she was interviewed on ABC’s Localish series “More in Common” in October, and offered her advice. As a big advocate for life-long learning himself, Cuban reiterated its importance to her.

“Business is a sport, you’ve got to compete. But most importantly, you’ve got to recognize that you’ve got to learn all of the time,” Cuban told her. “A great entrepreneur is always learning because things change all the time.”

To be the “best, greatest in the game,” then “you have to outwork everybody,” Cuban said. “That means taking classes, whether it’s in school or online, on finance, marketing and accounting.”

Second, Crayton recommends finding a mentor to guide you through the ups and downs.

“Find somebody who’s doing what you want to do and ask them to be your mentor,” she said. “Follow in their footsteps.”

By having a mentor, your business will “grow faster” and “it will help you feel like you’re not struggling on your own.”

Your mentor doesn’t have to be an entrepreneur in the same industry as you, she said, because “even though we’re in different industries, we do all go through the same thing.”

Listen to your customers

Crayton advises listening to customer feedback. She learned the value of this herself after launching her first “signature sauce” flavor called Tangy in 2018.

“Our customers kept asking for new flavors,” she said, which led to the creation of two more Sienna Sauce flavors: Spicy and Lemon Pepper. With the additional options, her company generated more in sales, according to Crayton. “That’s why we have three flavors today.”

Seeking customer feedback has become a core part of business for Crayton. “As a company, we live by that,” she said.

Other successful entrepreneurs, like Amazon CEO Jeff Bezos and Zumba Fitness CEO Alberto Perlman, built companies around customer feedback as well. “You have to always be listening, and listening between the lines, to your customer,” Perlman previously told CNBC Make It.

“When you listen to customers, they tell you exactly what they want,” Crayton said.

Crayton loves speaking with customers about her products, she says. “That’s really been important to the growth of my business. So, of course, we’re going to listen to see what they want next from us.”

“It’s OK to not want to do just one thing,” Crayton says.

And with that time, trying something new or of interest can lead to success – even if your background is mainly in one industry versus another. “That’s important for anybody, because sometimes you get stuck in a job, or you get stuck in a position, and you think, ‘This is it,’ but it’s OK if you want to do something else,” she says.

“Whatever you do,” she says, the most important thing is to “make sure that you do it to the fullest. No matter what you do, just put your whole heart into it.”

Don’t miss: Highest-ever Amex Gold Card welcome bonus is worth up to $600 in gift cards

With deep discounts and free shipping, artists aim to make the Sunday after Thanksgiving into Black Friday for art

Sat Nov 28 , 2020
Charissa Brock knew from a young age that she wanted to be an artist. The Portland, Ore., based sculptor began sculpting with bamboo in 1999 and later incorporated glass into her pieces, a nod to her mother’s work as a glass artist. Brock sells her work through her website and […] 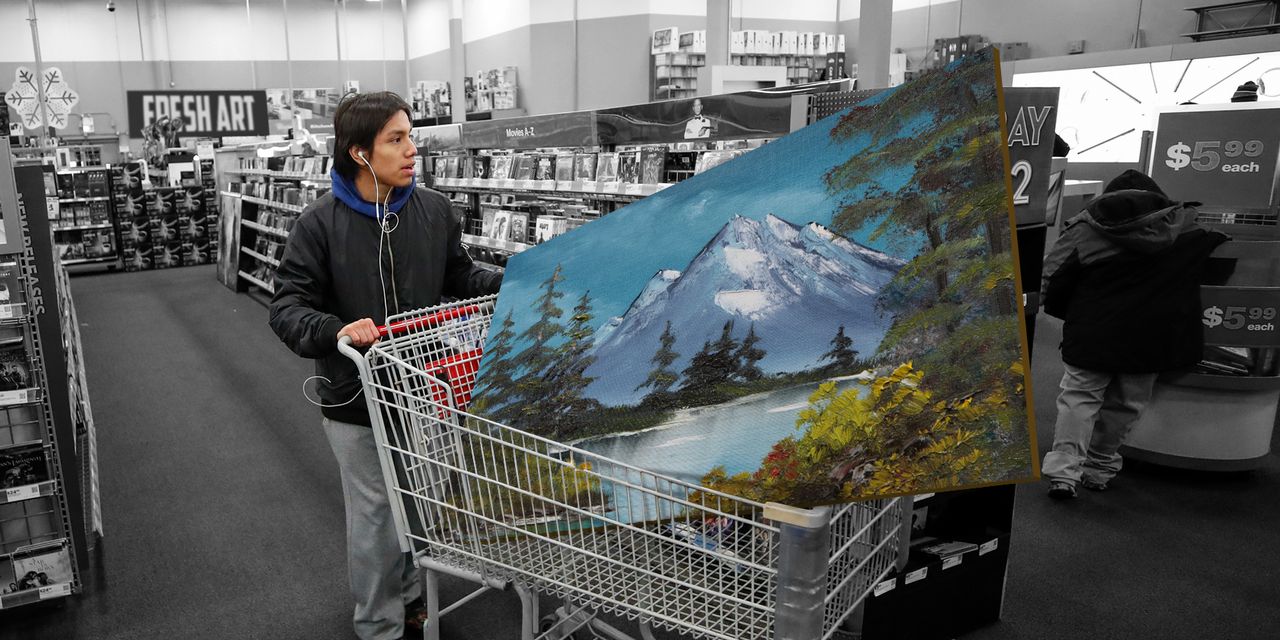