HOLLAND TWP. — An ongoing pandemic is difficult on anyone. But for small business owners, changing restrictions, basic safety requirements, concern for employees and the need to survive has led to a worsening mental health crisis.

According to a MetLife and U.S. Chamber of Commerce Small Business Index Poll released in December, half of small businesses believe they can operate for less than a year in the current business climate before having to permanently close.

Amid new surges across the country, 62 percent of small business owners fear the worst of the economic impact has yet to come and 74 percent say they need more government assistance to survive.

A $900 billion economic relief package that emerged from Congress over the weekend will deliver vital aid to millions of households and businesses that have struggled for months to survive. Yet with the economy still in the grip of a pandemic that has increasingly tightened curbs on business activity, more federal help will likely be needed soon.

Those are difficult odds to beat. And for business owners Maranda Shear of Art as a Lifestyle and Heather TenHarmsel of The Poppy Peach, being new to the game has made it even harder.

Art as a Lifestyle is a multi-focused shop where customers can blend custom soaps, lotions and candles; make their own pieces of art in crafting classes; and purchase products made by Shear herself.

The store opened in 2018 after Shear — a former employee at Moynihan Gallery & Framing in downtown Holland — took the popular Candle-ology brand and blended it with her own business plan.

Initially located in Holland Town Center, Art as a Lifestyle relocated to Not So Shabby at 2975 W. Shore Drive in February. The move came just weeks before Gov. Gretchen Whitmer’s stay-home order, which shut down retail service across the state.

“We’re all a bit of a mess right now,” Shear said. “I think the best way to describe it is the tried-and-true method of taking things one day at a time. We can’t plan too far ahead because nothing is certain, and we can’t focus on things we can’t control.

“Trying to stay positive is really important, but it’s hard to do. As a small business, we don’t have the cushion of extra sales. We don’t all have online capabilities. We’re not a big box store where people are going to shop anyway. We never know what’s going to happen.”

According to Shear, just trying to interpret new regulations can lead to stress.

“Figuring out what those limitations mean for your business is really difficult,” she said.

“They’re made in such broad statements, but there are gray areas. For example, with my business, gatherings aren’t allowed and restaurant dining isn’t allowed. But I’m still retail. And yet, people coming in for classes is more like dining. I have to determine what’s allowed and what isn’t.”

And unlike large corporations, Shear doesn’t have a team of lawyers to figure it out.

Earlier in the year, Shear was forced to take a second job to make ends meet.

And for small business owners, the mental juggling doesn’t stop at the end of the day.

“The hardest thing for so many of us is to come home and not continue working,” she said. “There’s a million things we can do. We figure if we make one more post or promote one more thing, things will change. But the reality is, we need to give ourselves a break.

“My advice is to play on your phone, read a book. Do something that will completely take your mind off the stress. Because if you’re stressed, you don’t sleep well and it leads to a host of other problems.”

As vaccine options continue to roll out, many Michigan residents are beginning to look forward to a post-pandemic world. But for business owners, a return to normal is still a long way off.

“It’s too early to tell,” Shear said. “We’re learning new things every day, and I think the vaccine isn’t going to quickly affect how people shop. Everything is going to be very slow coming back to what we remember as normal, and I don’t know if it’s ever going to be completely normal again.”

That uncertainty also weighs on TenHarmsel, who opened The Poppy Peach in October 2019 at 11539 E. Lakewood Blvd. in the suite formerly occupied by The Tin Roof Market.

“The uncertainty is scary,” TenHarmsel said. “We want everybody to be safe and healthy, but as a business you need to be able to survive and move forward.”

“It’s not just my mental health that I have to worry about,” she said. “It’s both of our livelihoods. I need to keep her safe and healthy and she needs to have a paycheck coming in. I don’t want to have to lay her off.”

TenHarmsel spends a good portion of her day disinfecting. Her store has half a dozen bottles of hand sanitizer available to customers and requires masks for everyone inside. Those exhibiting symptoms are asked not to come to the shop.

“That’s to ensure safety,” she said.

But deciding how to manage her business has been anything but black and white.

“We’ve been open for just over a year,” TenHarmsel said. “Back in July, I had to decide if I was going to extend my lease. That was such a stressful decision. In March, it was stressful because we were still new and all of these restrictions came down. It’s been hard.”

TenHarmsel has found comfort in exercise — and in her fellow small business owners.

“Walking the dogs, moving around, it’s an escape,” she said. “And as businesses, we post on social media for each other and try to collaborate. We regularly check in. And that’s good for your mental health to be able to relate and share your experiences. It’s a tough time for everybody.”

More than anything, TenHarmsel and Shear want to encourage locals to focus their spending on small businesses.

“Us little guys, we try to support the school fundraisers and the senior all-nighters,” TenHarmsel said. “If people want us to continue to be able to do that, we have to be open. So, get out there and support your local businesses. It’s more important now than ever.” 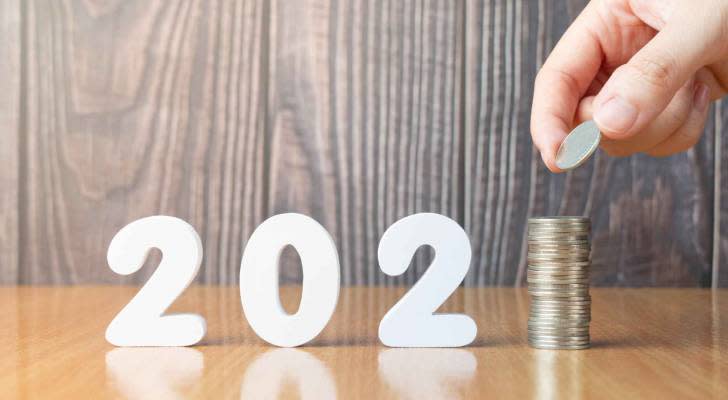