A successful stripper who started the year dropping his trousers in front of crowds of screaming fans has now been forced to sell his parrot.

The coronavirus pandemic has ravaged many live events industries, including stripping.

He was earning plaudits and frenzied screams by the bucket performing with the Dreamboys.

Fast forward to October and Romeo is struggling to make ends meet and is grieving the death of his grandmother.

“I have been going through a lot of trauma.”

Romeo is one of many people in the UK who went from being gainfully employed to essentially jobless in a matter of months.

“The next thing it just happened – everything closed,” he continued.

“We thought it would be temporary, with the lockdown.

“(Dreamboys) said they would be back in June or July.”

Due to strict coronavirus guidelines, the company decided to postpone events at their residency in Impossible until the new year.

“They wouldn’t make money having six people to a table,” the 31-year-old continued.

“There would be no point, (customers) wouldn’t enjoy it.

“When you go out it’s not the same – it’s like people are doing their homework. We aren’t getting our hopes up.”

His company has offered Jason the odd shift to do stripo-grams at homes – where social distancing rules allow – but the timing has never been right.

“Especially with my mrs. I know she trusts me but it’s not right, going to a house with four girls there.

The only stripping work he has had since the start of the pandemic has been for a virtual cabaret night – Adonis Unzipped Live and Online.

He made about £80 from the event, stripping on camera from his home.

Romeo said: “I was in my own front room. It was hard without the crowd.

“You can’t get a girl and ask them to come on stage.

“It’s about eye contact with the camera. Cos I’m a bit confident with it, when you get going, that’s it, you’re in the zone.

“It was just funny, it was strange, crazy. (At the end) I thought ‘finally, thank god for that’.

“I miss the stage, I miss the lads. The banter, having a laugh. I have ADHD, for me it’s like using my energy.

“Being a Dreamboy you have to have a great physique and (exercising) releases endorphins.”

For the time being Jason is finding other ways to make money – mainly working as a part-time personal trainer and doing sports massage.

He has also been living off his savings.

Jason says he plans to do a business degree and may do a plumbing course.

His situation is so tough that he recently decided to sell his pet, an Amazon parrot named Blue.

“I’ve had him for about six years,” he said.

“He was great, always chatting and laughing and all that. My grandma loved him. It’s just hurtful, I sold him about a month ago.”

The lack of work has also had an impact on his mental health, especially during the height of the lockdown.

“I was drinking and smoking,” Romeo said.

“I started smoking fags. I started to become depressed. I was drinking every day. I was a bit down.”

He said getting back into a routine at the gym since they reopened in July, and putting weight back on, has helped with his mental health.

He has also been doing boxing and Muay Thai – and is quitting smoking.

He said he has found strength from a new relationship, with his partner Eleni.

13 ways to boost your income, starting this weekend

Mon Oct 19 , 2020
13 ways to boost your income, starting this weekend Face it: You could use some extra money in your pocket, whether you’re struggling to make rent or just saving up for the latest-model smartphone. Millions of Americans are still being squeezed 2020’s tough economy. New signups for unemployment benefits are […] 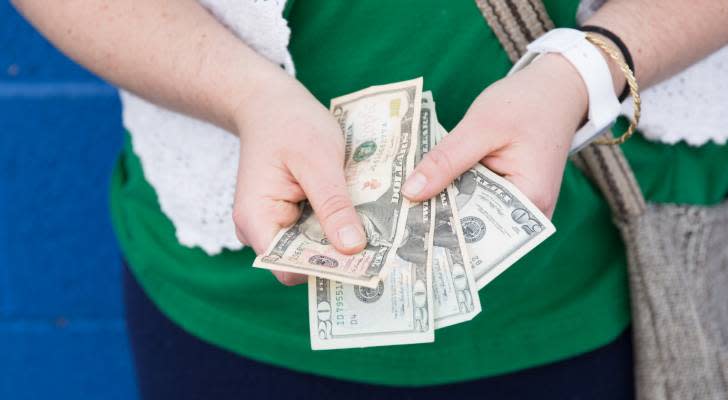