Retirees sometimes feel like they’re being squeezed by two opposing goals. On the one hand, they should conserve their nest egg to prepare for longer life expectancies and the rising cost of long-term care. On the other, the IRS requires retirees to start drawing down their savings with required minimum distributions at age 72.

A qualified life annuity contract satisfies both goals. QLACs are a type of deferred income annuity. You transfer a portion of your savings from a retirement account, like an IRA or a 401(k), to an annuity company to purchase your contract. As of 2020, you can invest the lesser of $135,000 or 25% of your retirement account balance in a QLAC. The annuity company turns your deposit into payments, which you can delay taking until as late as age 85. Once you start receiving annuity income, the payments are guaranteed to last your entire life.

Steven Kaye, managing director at Wealth Enhancement Group in Warren, N.J., describes QLACs as a form of longevity insurance. “If life expectancy at retirement is 85, that means half of retirees will live longer than age 85,” Kaye says. “By converting a portion of their savings into a QLAC, they create a stream of future income that they cannot outlive.”

Although QLACs have been on the scene since 2014, they are hardly a household name, but legislation in 2019 and a rising tide of baby boomers entering their 70s could launch these contracts out of obscurity and into the retirement planning spotlight.

Besides generating lifetime income, QLACs can also help reduce required minimum distributions. When you turn 72, you must draw down your retirement accounts, even if you don’t need the money. While you could reinvest your RMDs and keep saving, Kaye says this goes against human nature. “When money comes out of a retirement plan, people tend to spend it. This increases the chance they outlive their nest egg.”

With a QLAC, the portion of savings used for the annuity is excluded from the calculation to determine RMDs. For example, if you have $500,000 in an IRA but then transfer $100,000 into a QLAC, your RMD is based only on the remaining $400,000.

Minimizing RMDs is more than preventing a nuisance; it’s a crucial part of retirement tax planning. RMDs “can push you into a higher bracket, which increases taxes on investments and other income,” says Steve Parrish, co-director of the Center for Retirement Income at the American College of Financial Services. He sees QLACs as a valuable tool for retirees.

Your payout from a QLAC depends on the age when you start collecting income (the later you start, the higher the payment), your gender (women receive less per year because of their higher life expectancy), and whether you set the lifetime payments on one life or two, such as for you and a spouse (a joint life annuity pays less per year).

“Overall, a QLAC has a much higher return than a standard fixed annuity for one simple reason: You’re setting it for a much later date,” says Parrish.

The return can be impressive if you live long but looks mediocre if you die early, especially if it’s before receiving payments. Setting up the contract with a return of premium rider guarantees that your heirs receive at least as much as you paid into the contract. If you bought a contract for $135,000 and died before receiving payments, your heirs would get $135,000.

Who Should Get Them

Experts recommend QLACs for retirees who have enough income from Social Security and other sources to safely cover their current needs. The QLAC exists to protect their future income. The product will appeal more if your health is above average. The longer you live, the more you will collect from one of these contracts, all while reducing taxes from RMDs.

QLACs are not a good fit for retirees who might need their money before the target payout date. These contracts are often irrevocable so that once you sign up you cannot get any of your deposit back ahead of schedule. Some providers may let you take money out before the target date but only in exchange for paying a hefty surrender charge, typically between 7% and 10% of your contribution, and even as high as 20%.

QLACs can also be a problem for those worried about inflation. The annuity company sets your future payout once you purchase the contract. If inflation and the cost of living soars, your future income will not have the same buying power. It is possible to set up your QLAC with an inflation-adjustment rider, which increases your annuity income over time, but your starting payments will be lower.

When buying a QLAC, consumers should pay attention to the contract’s payout rate and the carrier’s financial rating from agencies like A.M. Best and Moody’s. Because the contract could last decades, check that an annuity company has the resources to make those future payments. Ty Stewart, president of Simple Life Insure, an online life insurance broker, says there are roughly 10 quality carriers that meet this standard, and they should be prioritized over firms with weaker credit ratings.

QLACs are a niche product. Parrish suspects agents don’t usually promote QLACs because they’re more complicated than the typical annuity. Plus, sponsors of work retirement plans shy away from offering these long-term contracts because of the potential for liability if the provider goes bankrupt decades later.

Then last year, the Setting Every Community Up for Retirement Enhancement Act established new liability protection for retirement plan sponsors that offer annuities. This could make QLACs more common in 401(k)s and other employer plans; QLACs have been funded mostly by IRAs in the past.

Demand could also grow as more baby boomers turn 72 and are forced to take RMDs while still having concerns about outliving their savings. If so, QLACs may finally have their time to shine.

GM sticks by Nikola as stock plunges after founder exits

Mon Sep 21 , 2020
Despite Nikola shares being in free fall Monday after the departure of founder Trevor Milton amid allegations he deceived investors, General Motors (GM) is defending the company and its potential investment in the EV maker. “We acknowledge Trevor Milton’s departure from Nikola and the decision of the Nikola Board to […] 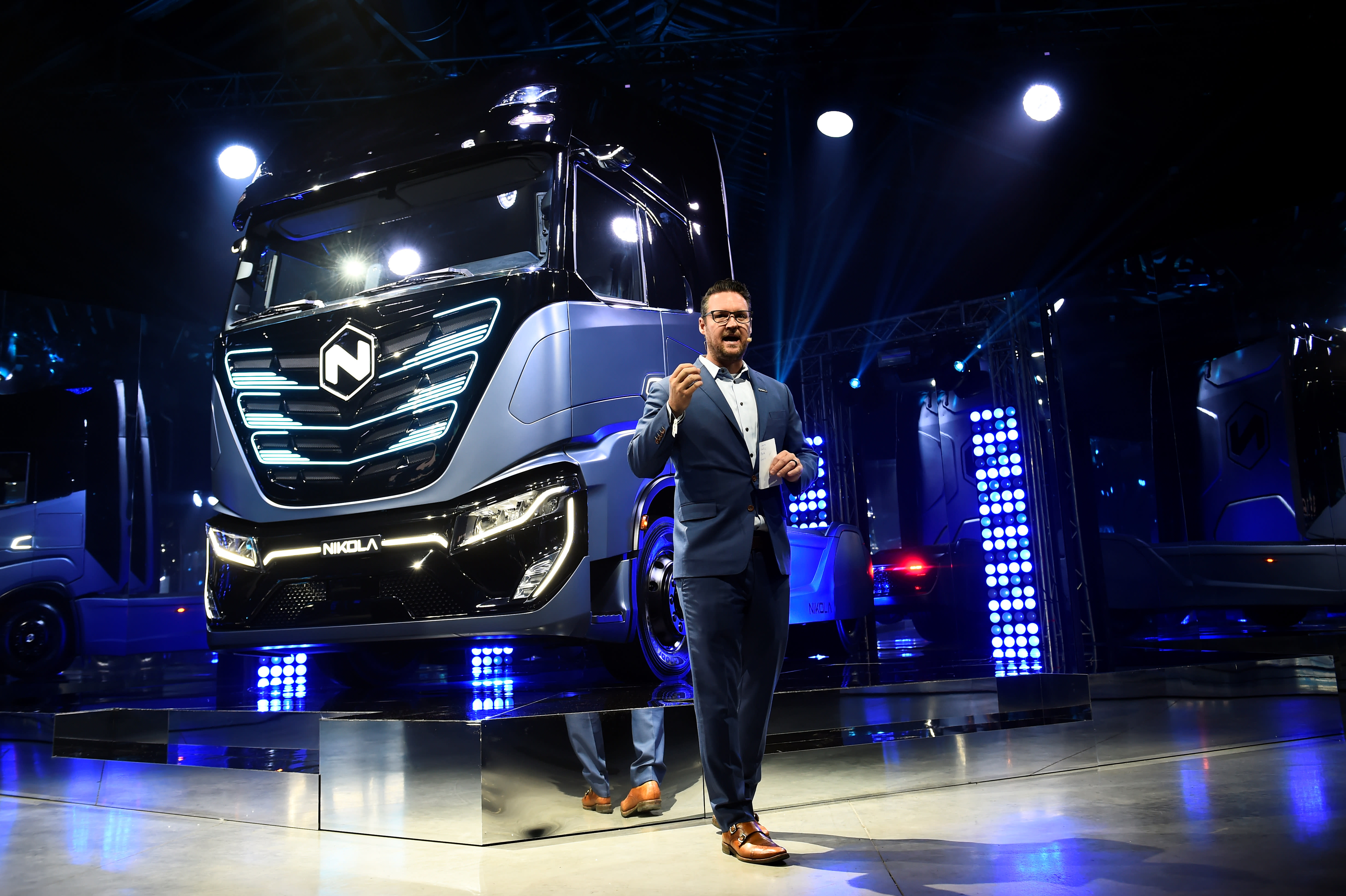