The Trump administration on Tuesday sued Google in what is the largest antitrust case against a tech company in more than two decades.

In its complaint, the Justice Department makes sweeping allegations that Google has stifled competition to maintain its powerful position in the marketplace for online search and search advertising.

The complaint targets a series of interlocking actions by Google that, as a whole, allegedly harmed competition and prevented rivals from gaining a meaningful audience.

It alleges in part that Google pays billions of dollars a year to device manufacturers like Apple, LG, Motorola, and Samsung and browser developers like Mozilla and Opera to be their default search engine and in many cases to prohibit them from dealing with Google’s competitors. As a result, “Google effectively owns or controls search distribution channels accounting for roughly 80 percent of the general search queries in the United States.”

Justice Department officials did not rule out a breakup of Google on a call with reporters Tuesday.

“Nothing is off the table,” said Deputy Attorney General Jeffrey Rosen, who warned that if DOJ did not file suit now, “we could lose the next wave of innovation” and that “Americans may never get to see the next Google.”

“Today’s lawsuit by the Department of Justice is deeply flawed,” Google SVP Global Affairs and Chief Legal Officer Kent Walker wrote in a blog post. “People use Google because they choose to, not because they’re forced to, or because they can’t find alternatives.”

The post goes on to say that the DOJ complaint “relies on dubious antitrust arguments” that “would do nothing to help consumers.”

“To the contrary, it would artificially prop up lower-quality search alternatives, raise phone prices, and make it harder for people to get the search services they want to use,” Walker wrote.

Google said its practice of paying to be the default search engine on smartphones like Apple’s is “no different” from moves by other businesses to promote their products, “just like a cereal brand might pay a supermarket to stock its products at the end of a row or on a shelf at eye level.”

Rosen said that the Google suit represents a “milestone” but not the end of DOJ’s wide-ranging review of the tech industry, and that other lawsuits could be filed “where necessary.”

The landmark federal complaint follows a year-long antitrust probe by DOJ investigators and comes right before an election in which tech platforms have been scrutinized for their impact on democracy and small business. It also comes on the heels of a major congressional report finding that Google and other tech giants enjoy “monopoly power” and have wielded their dominance in anticompetitive ways. That report alleges that Amazon has mistreated third-party sellers; that Apple’s app store fees and policies are anti-competitive; and that Facebook has sought to eliminate future rivals through targeted acquisitions.

Dozens of states have been conducting a separate antitrust inquiry into Google for the past year. On Tuesday, several of them said they intend to wrap up that probe “in the coming weeks” and that if they file a lawsuit, it could be merged with the federal case.

“We appreciate the strong bipartisan cooperation among the states and the good working relationship with the DOJ on these serious issues,” said the multi-state group, which includes Colorado, Iowa, Nebraska, North Carolina, Tennessee and Utah. “This is a historic time for both federal and state antitrust authorities, as we work to protect competition and innovation in our technology markets.”

The Justice Department’s suit against Google marks the most consequential step the US government has taken to hold Silicon Valley to account after Washington took a dramatic turn against the tech industry following evidence that major social media platforms were manipulated by foreign election meddling efforts in 2016. Since then, the top executives of major tech platforms have been repeatedly hauled before Congress to face questions about their responsibilities toward political speech; hateful content and misinformation; small businesses and local journalism; and competition.

The looming case could pose an unprecedented risk to Google’s wider advertising business, which brought in $134.8 billion in revenue last year, accounting for 84% of Google’s total business.

Even as the Justice Department takes Google to court over antitrust concerns, others in the tech industry could face lawsuits of similar magnitude. Officials at the Federal Trade Commission have been investigating Facebook for over a year, and that investigation could culminate in its own landmark litigation.

“The most important tech industry monopolization case before this one was United States v. Microsoft in 1998,” William Kovacic, former chairman of the Federal Trade Commission, told CNN Business before the suit was announced. During that case, the US government alleged Microsoft broke the law by bundling its browser, Internet Explorer, with every copy of Windows — to the detriment of competition among browser makers. After several years of litigation, Microsoft and the government reached a settlement that imposed new limits on Microsoft’s software business.

Experts have since credited that case with paving the way for new innovation — including the rise of Google.

Kovacic said that, as before, the government faces years of litigation ahead — and a challenging path to victory. “None of this will be easy,” he said. “You can climb to the summit, but it’s a tough climb.”

Attorney General William Barr has taken a personal interest in the investigation and the resulting lawsuit, the New York Times has reported.

After the head of DOJ’s antitrust division, Makan Delrahim, recused himself over having previously represented Google in private practice, Barr assigned senior staffers in his own office to oversee the probe. He has reportedly pushed for an aggressive timeline for filing a suit; as far back as March of this year, Barr told the Wall Street Journal he hoped to bring the investigation “to fruition [in] early summer.”

Hanging over the case too will be President Donald Trump, who has been vocal in his criticism of tech platforms.

Trump has repeatedly blasted Facebook, Google and Twitter for allegedly systematically censoring conservative views, a claim the companies deny and for which experts have found no evidence. Last year, Trump told Fox Business that “we should be suing Google and Facebook and all that, which perhaps we will, okay?”

Trump’s remarks could complicate any lawsuit targeting the tech companies. By nature and longstanding custom, presidents are expected to steer clear of addressing government investigations and potential lawsuits, in order to avoid even the perception of politically motivated litigation.

Google’s critics have complained that its search business promotes Google’s own apps and services to users while demoting those of its rivals.

“Google search is not a neutral gateway to the information available on the web,” David Dinielli, a senior advisor at Omidyar Network and a former DOJ antitrust official, told CNN Business before the suit was announced. “Google search is a set of algorithms designed to make Google — or Alphabet, its parent company — the most money it can possibly make.”

Tue Oct 20 , 2020
Genies is expanding its focus from celebrities to everyday consumers with its 3D avatars for social apps from the likes of Giphy and Gucci. The company already creates cartoon-like 2D avatars that allow celebrities to make online social media appearances or commercials without actually being present. This has allowed many […] 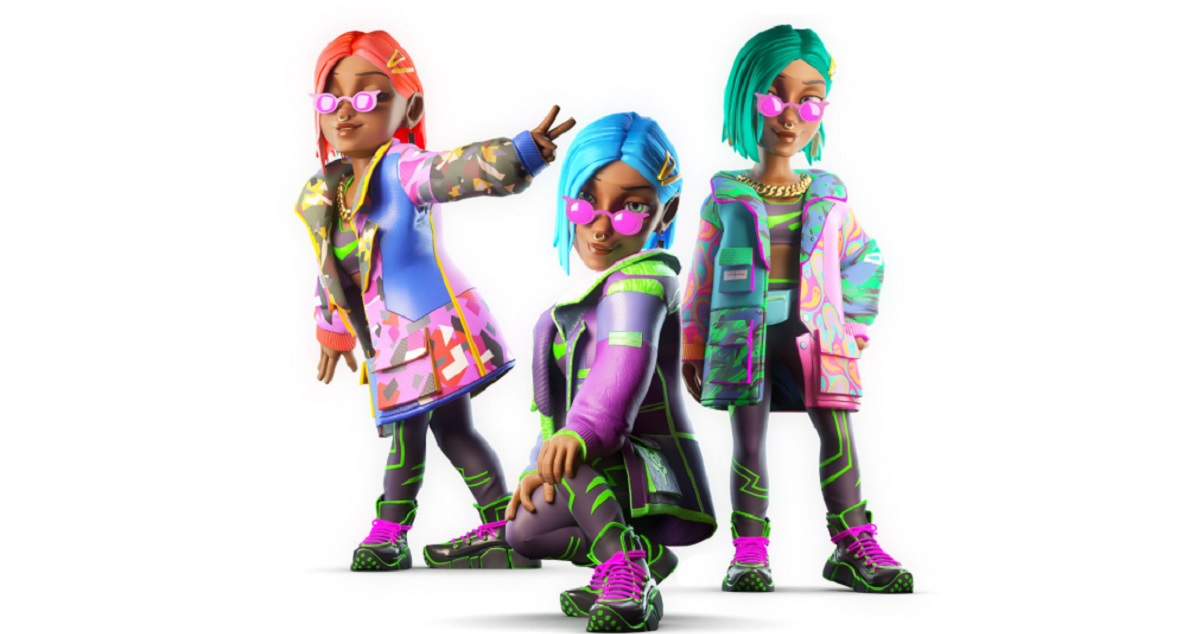