All dramatic presentations of the Queen and Mrs Thatcher have a similar problem, I think. The authors naturally want striking words to be exchanged, so they make both women say too much. The truth is more typically, interestingly British – that each felt somewhat constrained in the other’s company. Mrs Thatcher was never, ever rude to the Queen (at one point in The Crown she is shown trying to leave an audience early because she is so cross: unthinkable) or even about her. As for the Queen, both her personal character and her ­constitutional role mean she rarely tackles things head-on.

Olivia Colman, acting very watchably but not very Queenishly, lacks the inscrutable mask of regality that is the Queen’s stock-in-trade. The script sometimes makes this mistake, too. During Mrs Thatcher’s fall, the Queen bursts out at her: “Perhaps the time has come for you to try to do nothing, for once.” Such words do not fit the restrained Elizabeth II we have come to know over so many years and episodes – the woman whose favourite three real-life words of rebuke are, “Are you sure?”

A related problem is the question of taking sides over such a controversial person as Mrs Thatcher. Morgan tells me he is at pains to avoid anything didactic or politicised. “I am an equal opportunities writer,” he jokes, open to an ­audience of all views. He says he is offering an “invitation” to the show’s vast global audience to engage in the history themselves, rather than preaching it to them. I believe him, but there are times when the old anti-Thatcher lines are unconvincingly given the royal seal of approval.

Take the strange case of Michael Fagan, the eccentric drifter, who somehow got into the Queen’s bedroom in Buckingham Palace in 1982 and talked to her as she lay nervously in bed. The Crown has him regaling her with a diatribe against Thatcher’s Britain which sounds like one of Neil Kinnock’s windy speeches. But when he is later dismissed as mentally deranged, she disagrees. He is deranged “only in the best sense,” says Her Majesty admiringly, “like Lear’s fool.” That is not the authentic voice of cautious, plain-thinking Elizabeth Windsor, who is well known for her lack of interest in Shakespeare, and is hardly likely to accept a version of Thatcher from a strange interloper in the bedchamber.

But I return to Morgan’s “act of imagination”. At the core of The Crown’s portrayal of the Queen/Thatcher relationship is its odd, interesting parallelism. Two mothers, who both dote on sons (Andrew, Mark) whom the rest of the world tend to find underwhelming; two women who share seriousness, hard work, Christianity and patriotism and have grown up together in years, though apart in milieu; and two leaders whose roles and characters lead them to respond to national problems in completely different ways – the Queen quietly seeking continuity, Mrs Thatcher pushing ceaselessly for change. This is a gripping story of woman-power, played out by two middle-aged ladies who never answered to the name of feminist.

The fourth series of The Crown will be on Netflix from Nov 15. The final volume of Charles Moore’s biography, Margaret Thatcher: Herself Alone (Penguin) is now available in paperback

how to make it through the second Covid lockdown

Sat Nov 7 , 2020
Photograph: schfer/Getty Images With much of the UK in lockdown and many businesses forced to close for at least four weeks, household finances are set to be squeezed again. This week, charities said they had seen an influx of middle-income families who needed to access food banks after being plunged […] 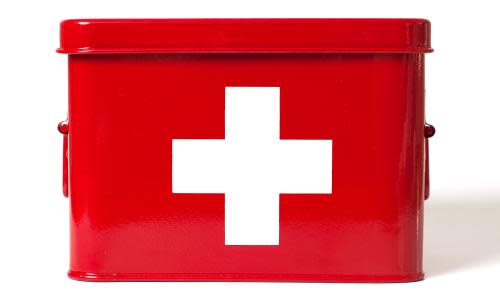