People purchasing their first homes represented 31 percent of all buyers in September, according to the National Association of Realtors. Among the many steps in the process is purchasing homeowner’s insurance.

“Home buyers — especially first-time home buyers — often don’t think about budgeting for home insurance when looking for their dream home, but they should,” Sean Harper, co-founder and CEO of Kin Insurance in Chicago wrote in an email.

“Where you live can have an enormous impact on your home insurance rates,” Harper added. “For example, homeowners near open space in California and on the coast of Florida are more exposed to extreme weather (like wildfires and hurricanes, respectively) and insurance in these areas will usually cost more because of it. Home buyers should also be aware of local flood disclosures laws when buying a house in a flood zone. You’ll want to know if flood insurance is required for the property and whether the home has experienced any flood damage in the past.”

Buyers should start looking for a home insurance provider as soon as they have a contract accepted to buy a home.

“Most mortgage companies require proof of insurance before closing,” wrote Bill Gatewood, corporate vice president at insurance brokerage Burns & Wilcox in Detroit. “Homeowners should begin shopping around at least 30 days prior to closing – waiting until the last minute can delay the process.”

Many first-time buyers will often go with whatever home insurance company their Realtor recommends, but that isn’t the way to get the best price or necessarily the best coverage, wrote Harper. Try these tips to make a wise decision about your homeowner’s insurance policy:

Go online and get some quotes. Make sure you’re comparing apples to apples when assessing your options – some policies may offer substantially more coverage, wrote Harper.

Know what your policy does and doesn’t cover. Homeowners insurance protects against most common exposures like water damage, electrical fires and roof leaks, but maintenance issues like mold and pest infestations usually aren’t covered, according to Gatewood. “You may need special coverage for items like fine art, a wine collection or antiques that typically aren’t covered either,” wrote Gatewood.

Check the insurance company’s rating. A rating is an independent assessment, usually by A.M. Best or Demotech, of the company’s financial standing, according to Harper. “A good rating means the company can meet its claim obligations even after a widespread disaster,” Harper wrote.

Pick a high-enough deductible. When selecting an insurance policy, homeowners need to make sure they’re covered in the wake of a catastrophe that could fully wipe out their home and belongings, wrote Gatewood, but to save money, buyers should choose as a high a deductible as they can afford.

Gatewood recommends choosing a deductible of $2,500 and only filing a claim for something worth more than that amount. Harper wrote that buyers should make sure they budget for their deductible in case they have a claim and to have an emergency fund that also covers small repairs that cost less than the deductible.

Check out additional protections. Depending on their location, homeowners need to make sure they have adequate coverage for severe weather disasters such as wildfires, hurricanes and floods, which sometimes require an additional policy, according to Gatewood.

“People in natural disaster catastrophe zones should also do all they can to protect their homes before disaster strikes, such as clearing brush from around their property, installing impact-resistant doors and windows and using non-combustible landscaping,” wrote Gatewood. In addition, Harper wrote, insurance companies may give you a discount for making your home safer, such as investing in wind mitigation in Florida.

Look for discounts. While there are common home insurance discounts, they aren’t standardized across the industry, wrote Harper. Most companies offer at least a 5% discount for security systems. Water mitigation systems like automatic water shutoff valves and leak sensors can qualify for discounts, too.

Add liability protection. Every homeowner should have at least $100,000 in personal liability coverage, enough to cover common claims like a slip and fall accident on the property. “If you have a swimming pool or have a high net worth and could be a target for frivolous lawsuits, it may make sense to increase your liability coverage above that minimum,” Harper wrote.

Don’t forget to buy enough loss-of-use coverage. Coverage for your living expenses, if you must relocate while your home is being repaired, is part of most standard homeowner insurance policies. “We typically suggest that homeowners have about 20 percent of their dwelling coverage in loss of use (also known as additional living expenses) coverage,” Harper wrote. “So, if your home is insured for $300,000, you’d have $60,000 in loss-of-use coverage.”

This story was originally published at washingtonpost.com. Read it here.

Sun Nov 15 , 2020
Child making Christmas cards As with many stores, specialist greetings card shops have been told to close during lockdown, cutting their usual seven-week Christmas sales period down to three. While cards, like everything else, can be bought online, more than 90% are still sold in shops in the UK. With […] 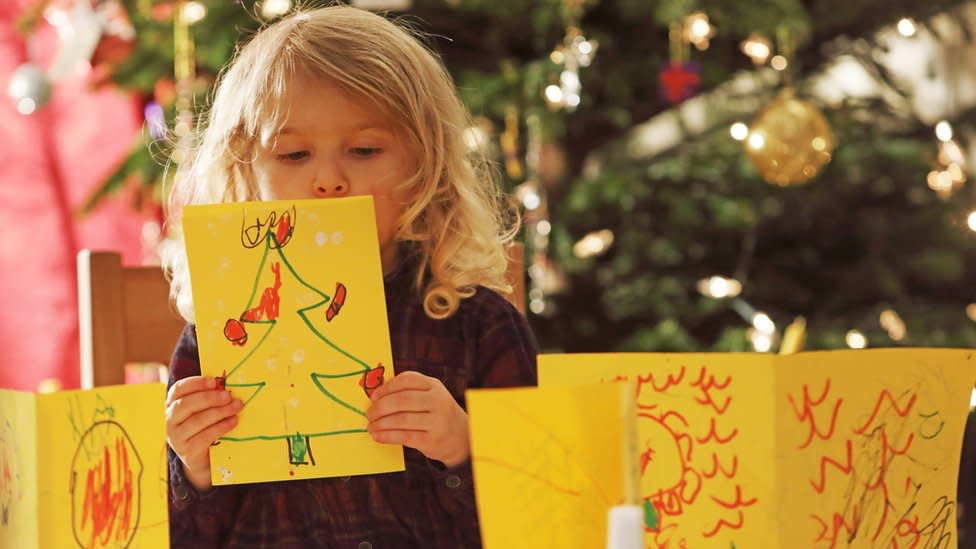