President Donald Trump raised at least $1.7 million from Michigan residents in the month after Election Day through a flurry of misleading appeals for cash supposedly meant to reverse the election result.

Trump is continuing to aggressively raise funds while challenging certified election results in Michigan and other battleground states won by President-elect Joe Biden. A review of campaign finance filings up to Nov. 23 shows Michigan residents donated $1.1 million specifically to the Trump Make America Great Again Committee, a joint fundraising effort of the Trump campaign and the Republican National Committee.

Trump raised $207 million overall since Election Day, but most of the cash isn’t funding the outgoing president’s legal attempts to overturn the election. Brendan Fischer, director of federal reform at the Campaign Legal Center, said the funds have primarily been used to pay off debt from the 2020 campaign, while only around $14 million has been spent on legal and recount costs.

“It strikes me as very out of the ordinary for the incumbent president to use these kinds of tactics,” Fischer said. “Certainly there are examples of candidates or political parties using inflammatory fundraising appeals, but I can’t think of any instance where the appeals have been this misleading. The solicitation asks for money to support post-election litigation but the small print shows the money is actually going toward Trump’s post-White House political aspirations.”

Fundraising appeals for the Trump Make America Great Again Committee refer to an “election defense fund,” but the fine print explains 75% of each donation will go to Save America, another political action committee Trump created on Nov. 9. This applies to donations up to $5,000, meaning most small-dollar donations will be funneled away from Trump’s efforts to overturn the election.

Forty percent of Michigan donations to the Trump Make America Great Again Committee were under $100. Campaign finance filings show $66 million was transferred to other committees as of Nov. 23.

Trump’s Save America PAC can be used to support other political candidates, pay for travel expenses and finance events and rallies. Fischer said the leadership PAC allows Trump to use donations for personal expenses, something not allowed by the FEC for campaign donations.

The president and his supporters are encouraging supporters not to give up on the possibility of a second term, despite the failure of numerous lawsuits alleging fraud in Michigan and other states. Trump announced Wednesday that he will join a lawsuit filed by the state of Texas that asks the Supreme Court to overturn election results in Michigan, Georgia, Pennsylvania and Wisconsin.

“These tremendous fundraising numbers show President Trump remains the leader and source of energy for the Republican Party, and that his supporters are dedicated to fighting for the rightful, legal outcome of the 2020 general election,” said Bill Stepien, Trump’s 2020 campaign manager, in a statement. “It also positions President Trump to continue leading the fight to clean up our corrupt elections process in so many areas around the country, and to build on gains from the 2020 elections so we can take back the House and build on our Senate majority in 2022.”

Emails and text messages to supporters strike an urgent tone about the need for resources “to protect the results and keep fighting even after Election Day.” Fundraising appeals also ask for donations to support recounts, which the Trump campaign sought in Georgia and Wisconsin, but not in Michigan.

Trump lost Michigan by 154,000 votes, according to election results certified by the Board of State Canvassers and bipartisan boards in each county. The state’s 16 electors are set to cast their votes for Biden on Dec. 14.

“Everything Pres Trump has achieved is on the line on Jan. 5,” read one text sent Tuesday, which notes the day before Congress will vote to accept the Electoral College outcome. “The future of our Nation is in your hands.”

Dave Kopin, a retired Flint resident, said he donated to Trump the day after the election to support his “election defense fund.” Kopin said he wouldn’t mind if all absentee ballots were discredited, even his own, due to the president’s unsubstantiated allegations that mail-in ballots are susceptible to fraud.

“I’m not that religious, but I do believe that God showed up when Donald got elected and he’s not had a chance to finish what he started,” Kopin said Tuesday.

Trump’s supporters have continued to organize rallies centered around the discredited claim that his loss was caused by a choreographed voter fraud scheme. Several Republican lawmakers and conservative activists repeated disproven allegations of fraud during a rally outside Michigan’s Capitol on Tuesday.

“We haven’t backed down; we’re looking into this election and Democrats should be just as anxious to make sure this is a true election as we as Republicans are,” Daley said.

As Daley left the stage, he was met with chants of “do your job.” Trump’s supporters have sought to pressure the Legislature to ignore the election result and appoint electors who will vote for Trump instead.

State Rep. Beth Griffin, R-Portage, assured the audience that “we are learning about our roles in this time and what the Constitution says and what we can do.”

“We are listening to the emerging evidence,” Griffin said. “We are evaluating. We are seeing the evidence. We will be talking about it today, and I can’t reveal everything to you, but I promise you: We hear you.”

Women for America First, a conservative nonprofit group, organized the rally as part of a national bus tour co-sponsored by My Pillow CEO Mike Lindell and conservative media networks. Right Side Broadcasting Network featured promotions for My Pillow products during its online broadcast of the event.

Wed Dec 9 , 2020
Think of your strategy as a machine that’s made up of different small parts all working toward one goal. December 9, 2020 5 min read Opinions expressed by Entrepreneur contributors are their own. Figuring out a strategy that improves social media engagement and conversion rates — and aligns with business […] 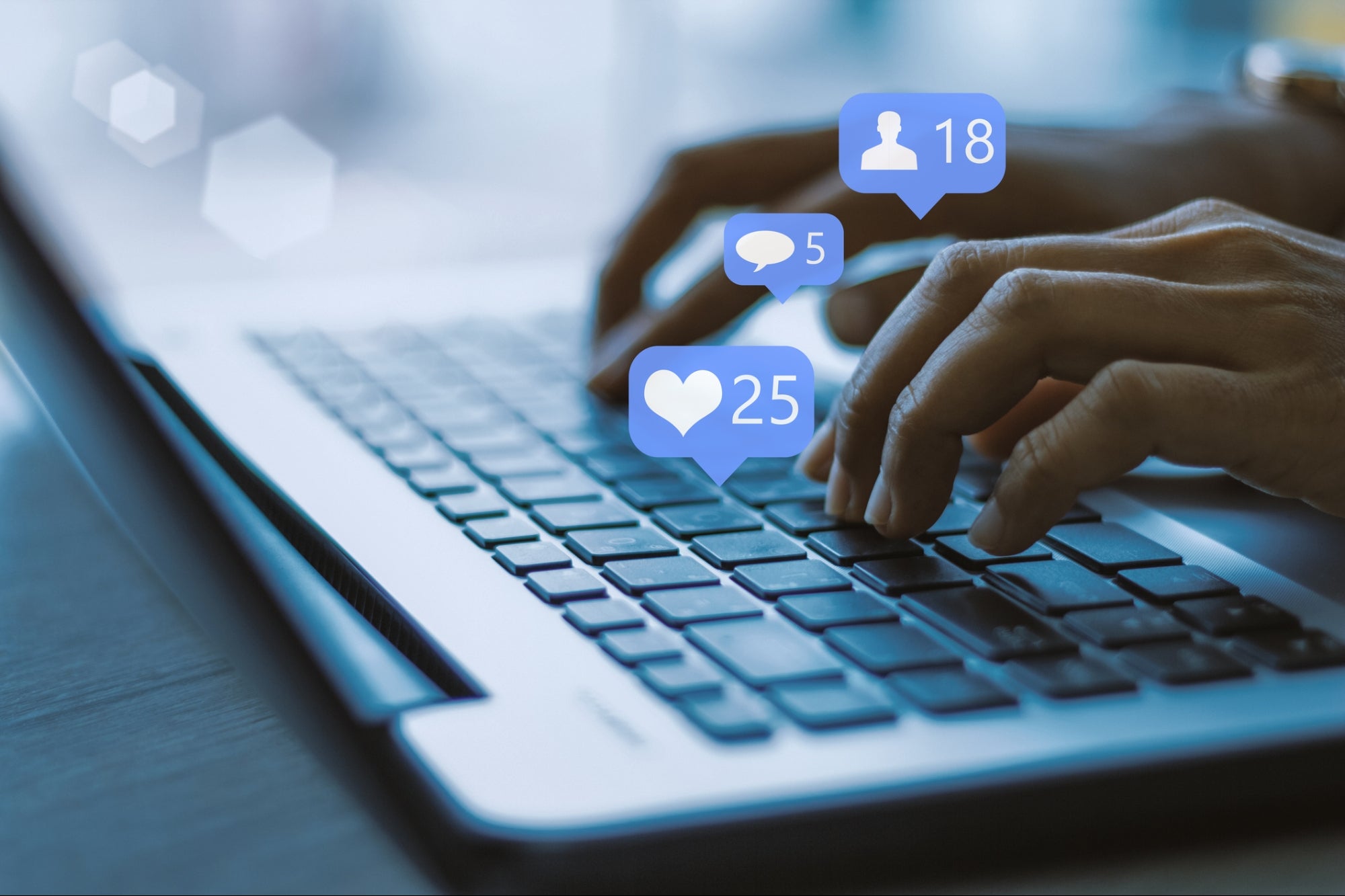