In September, illustrator and designer Tuesday Bassen made an unusual announcement in response to her size-inclusive clothing company’s recent uptick in sales: She would be temporarily closing her online shop, Tuesday of California, for the entire month of October through the first week of November. In light of, well, everything, Bassen and her three-person team needed to pause.

“We are taking some time to catch our breath and assess where we’re at,” Bassen wrote on Instagram. “We are experiencing rapid growth and want to make sure we do so with purpose and respect to our team members, as well as meet the needs of our customers.” It’s been a year of nimble if difficult business decisions for the 31-year-old Bassen, who started her business in 2015: At the end of May, she permanently closed her 800-square-foot storefront on Sunset Boulevard in Los Angeles — a year before her lease was up — and used the money that would’ve gone to rent to purchase full-coverage health care for her team. “That’s what I’ve been trying to focus on during this time, the human aspect of the pandemic and doubling down on support for my team,” she said.

On the day before (temporarily) closing down the online shop, Bassen spoke to The Goods how she came to the decision and what she hopes to accomplish during the break.

After shelter in place started in March, of course I was worried. Making clothes is honestly a fool’s errand. It’s so expensive and the [profit] margin isn’t great, especially when you’re producing in the US.

I feel like quarantine has shown us that capitalism isn’t sustainable, and around May or June, I really started thinking more deeply about the ways I’m holding up the more gross aspects of capitalism. Even if I’m presenting an alternative to fast fashion, what are the things that I have internalized as normal that shouldn’t be normal? Not necessarily ‘What are the ways I am evil?’ but more like ‘What are the ways in which I haven’t challenged an idea?’ And I ended up signing up for a class; first I did a one-on-one session and then I signed up for a group accountability session led by a woman named Toi Marie. It’s kind of the anti-capitalist way to think about business. We recognize that we live in a capitalist society, but how can we kind of subvert our place in that?

One major actionable thing I got from Toi was figuring out how to pay everybody a thriving wage. The concept is not paying based on seniority, not paying based on anything except for personal need and then making a plan about how we were going to get there as a team. Also being transparent about all of the different business costs, where our budget is, and where it’s going. Another thing that I realized is that a major part of capitalism is not collaborating, not being open to listening and having a conversation, so we’ve had a lot of transparent conversations. I started spending more time and energy on the human side of the business and was like, here’s a couple different ideas about how we can approach something, what do you all think?

We have experienced a pretty big uptick in sales during quarantine. Part of it was people were recognizing that it is important to be critical with where and how they spent their money. A lot of people were seeking alternatives to big-box stores, [seeking] places that were using sweatshop-free labor, that primarily use deadstock fabric like we do. We hesitated to produce masks for a really long time because we didn’t want to profit off of a pandemic. It felt really gross, especially when the city of Los Angeles had not yet put together a plan for reopening local factories safely — this is kind of an aside, but LA has a sweatshop problem — so we actually didn’t produce any new merchandise for March, April, or May.

Then in June or July we got the go-ahead from the city to work at a smaller capacity with our factories, which are both Latinx owned, because they had passed inspections. Also, once we kicked it to the next level with the fulfillment center, we were able to ship faster and decided to make our shipping to the US and Canada free; I didn’t anticipate quite how much growth that would allow us to have. It was a perfect storm of all those things.

Honestly, I started to feel kind of overwhelmed by it. We’ve tried really hard to do slow, sustained growth over the years, and I’ve made it my goal to avoid rapid growth because I don’t think it’s super-sustainable. In fact, earlier this year I was like, ‘You know what, growth is not the most important part of it for me anymore.’ I really value being a smaller business. I like the freedoms that it affords me. I don’t think I want to get much bigger. The most important part of it is really honing everything, making sure we’re a well-oiled machine, making sure people — both our team and customers — are happy.

“I really value being a smaller business. I like the freedoms that it affords me. I don’t think I want to get much bigger.”

In September, I took a two-week break and just kind of hid out in the woods. I think I felt burnt out. I scheduled all of the Instagram posts for the business ahead of time so I didn’t have to be online. I just needed to step aside for a little bit and allow myself to be a person for a while. As I started to come back to reality at the end of it, I started thinking about business perspectives and what I’ve gleaned from watching different CEOs from afar. One thing I read multiple times was business owners saying things like, ‘I regret prioritizing company growth over cultural [growth], and we just grew too fast. If I could go back I would do things differently.’ And something kind of clicked for me.

I was like, wait a second, this is a critical moment. I can choose where we want to go from here.

And what I think would be positive is closing the store for a month — [taking] a pause so we can implement new strategies, new ways of working, new ways to automate things like returns so customer service isn’t so overwhelmed. To just really take the time to talk about it as a team and implement things together, allow space for collaborative conversation, allow everyone a moment to breathe.

When I got back, I scheduled an all-hands-on-deck meeting and we talked about that concept [of temporarily closing the store]. I talked about my thinking behind it. We all agreed that it would be a good idea, and we also talked about what work would look like in that period and how we would divvy up tasks. Everyone will still be working full time, just from behind the scenes; closing for a month is just giving us a little more time to move forward in a way that feels more purposeful and elegant.

I think it’s just about taking out one piece of the puzzle — instead of just being reactive, becoming more proactive in this moment of growth. We recognized that customers, [and] people in general, are feeling really raw right now. It’s an intense time in so many different ways, and I think customers need a lot more right now, more love and communication. So how can we best give that to people?

Yes, there is a big part of me that’s like, closing the store for a month will lose money. It’s not insignificant, especially because October is usually a really good month for us, and we’re hiring a social media manager right now, which is another person with health care. But I also feel like that’s short-term thinking. When I think about the long term, and when I think about employee health and safety, employee retention, happiness, customer happiness, and trust too, I feel like this is a wise decision.

I don’t mean to say at all that I’ve been a perfect boss. Last year, I definitely feel like I fell short of where I wanted to be, and I think a lot of that came down to my own personal shortcomings and immaturity, in part because I wasn’t taking care of myself. My mental health was terrible. Part of what capitalism demands from us, from CEOs, is [being] a superhuman, right? You don’t have feelings. So in the past year I’ve really prioritized working on my own mental health. Placing a lot of emphasis on that and caring for myself has really allowed me to go, ‘Everyone needs to have this.’ This can’t stop at me. This isn’t how it should be. When you’re thinking about changing the world in X, Y, Z ways, are you also starting at home? Are you also starting at the ground level?

“Part of what capitalism demands from us, from CEOs, is [being] a superhuman, right? You don’t have feelings.”

Like a lot of people, I’ve felt extra-disgusted at the state of things and inspired to attempt to do so much better than our country has. I’ve been looking to democratic socialist governments like Norway, where everybody, no matter what job you have, gets the same amount of paid time off. Moving forward, we’ve actually decided to take two weeks off in the summer together. That’s just really to give everybody a solid break where nobody in the company is like, ‘Hey, I’m really sorry, I know you’re on vacation but I have this question.’ Everybody is off, everybody can have a mental break. We’re also taking a break the week after Christmas.

This year, when the busyness of life has been stripped away, I feel like there has been so much time to say, ‘Wait a second, it doesn’t have to be like this.’ I think there’s a lot of different social justice movements that are having that realization right now. People are less busy, people have more time to think about how things can be. And I think just removing the need to constantly be making money, to constantly be busy, is really positive. Just placing more value on, you know, life.

Help keep Vox free for all

Millions turn to Vox each month to understand what’s happening in the news, from the coronavirus crisis to a racial reckoning to what is, quite possibly, the most consequential presidential election of our lifetimes. Our mission has never been more vital than it is in this moment: to empower you through understanding. But our distinctive brand of explanatory journalism takes resources. Even when the economy and the news advertising market recovers, your support will be a critical part of sustaining our resource-intensive work. If you have already contributed, thank you. If you haven’t, please consider helping everyone make sense of an increasingly chaotic world: Contribute today from as little as $3.

Thu Oct 22 , 2020
The internet is full of advice for people looking to digitally boost their personal brand. However, before you can enhance and optimize your personal brand, you must first establish a strong online presence. While this task can feel daunting if you’re new to the world of online branding, there are […] 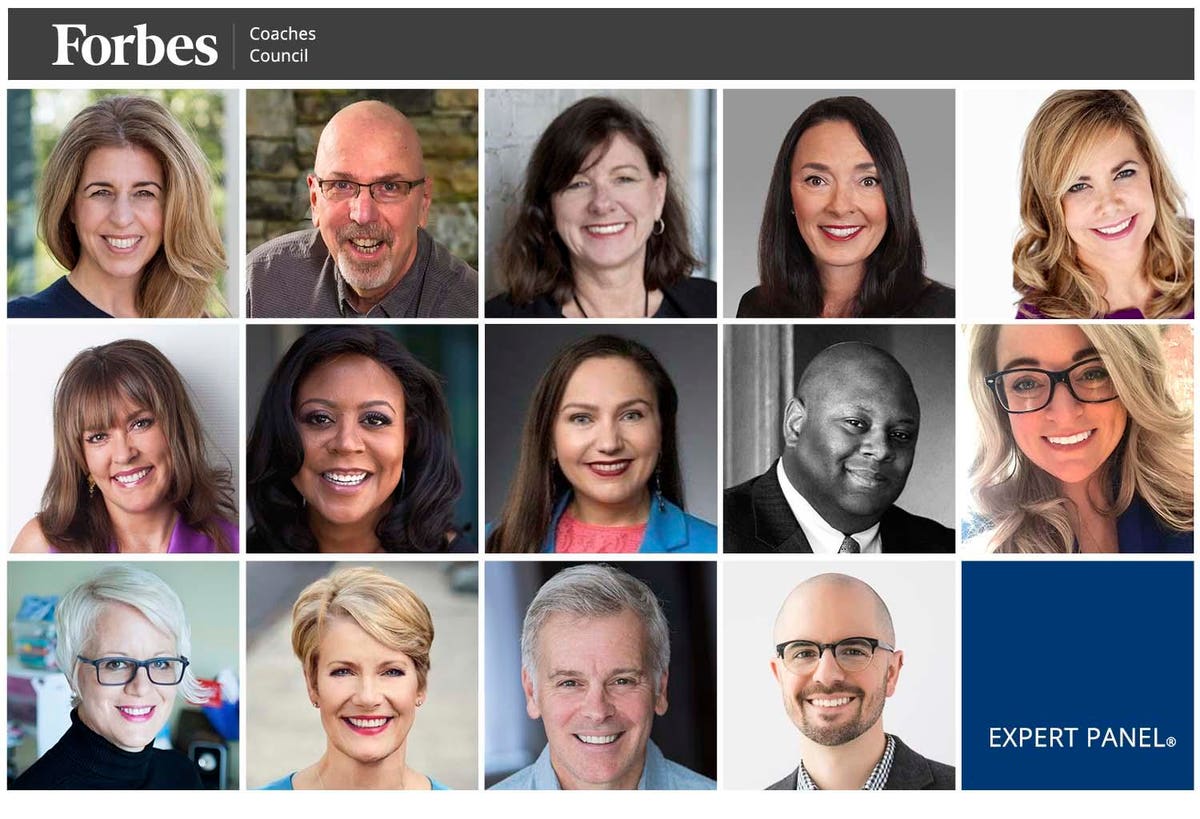 This is how you claim missing stimulus money on your 2020 taxes: IRS Recovery Rebate Credit