U.S.-China tensions aren’t going to ease after the election—and could actually intensify. How investors should navigate the changing relationship depends not just on who wins the White House but also the composition of the cabinet and the Senate.

Companies have scrambled to stay out of the crossfire as the relationship between the world’s two largest economies has turned more acrimonious. Investors though have largely turned numb to the continuous tit for tat as the countries reassess their relationship on multiple fronts. The election isn’t going to make the relationship any less fraught, but the approach to recalibrating it could change—forcing investors to pay more attention.

Recent bills released by both parties outlining steps to counter the threat posed by China’s Communist Party and measures to bolster U.S. competitiveness makes clear the U.S. has turned a corner, and a more complicated—and in some places more confrontational relationship—is ahead, regardless of who wins, says Anna Ashton, senior director for government affairs at the U.S.-China Business Council.

The tougher stance toward China comes amid human rights concerns in Hong Kong and Xinjiang, a western province where human rights groups say a million mostly-Muslim Uighurs have been put into re-education camps. The public’s view of China has also soured amid Beijing’s early handling of Covid-19, and the pandemic has highlighted weaknesses in U.S. supply chains for critical items like medical gear.

Unlike in 2018, when headlines related to sentiment around trade negotiations swung the market, postelection developments will be more nuanced and likely to hit subsectors or even companies, rather than driving broad market moves. Parsing the measures and potential fallout will become even more complicated as the U.S. tackles the intricacies of its relationship with China on multiple fronts.

One thing is clear: The push toward a partial decoupling will likely continue, especially as China itself increases self-reliance initiatives. Technology will continue to be at the center of any decoupling push, with analysts expecting further efforts to restrict China’s access to technology through even more liberal use of export restrictions—like those used on Huawei Technologies. Even more scrutiny of China’s investments and transactions in the U.S., potentially of those already completed, could be ahead.

Congress is also weighing proposals to bring back supply chains, especially for critical products, possibly with incentives. There is also a push to restrict capital flows to China, most recently with a proposed bill to restrict investments in Chinese companies on the Commerce Department’s so-called entity list or on a Pentagon list of companies with ties to China’s military.

While a push to delist U.S.-listed Chinese companies after a period if they don’t abide by U.S. audit rules could pass soon, analysts see a broader financial decoupling effort as more difficult to push through legislatively. Instead, policy makers could pressure pensions and endowments to encourage them to rethink certain Chinese investments. So far, it has had little impact as China’s recovery has drawn even more flows into the country in search of higher returns.

We talked with former policy makers, policy watchers and analysts to get a sense of what to expect in different election scenarios about tariffs, further technology restrictions and other measures that could impact companies—and their investors.

The trade deal could come back into focus, with President Donald Trump pushing China to come through on its commitments. So far, China has only hit roughly half of its expected purchase target through September and Chinese imports of U.S. goods are now lower than pre-trade war, according to Chad Bown of the Peterson Institute for International Economics.

If Trump wins, he will likely push China to meet the commitments of the trade deal, says Derek Scissors, a resident scholar at the American Enterprise Institute who is focused on China. While Scissors expects China will try to comply, if they don’t, the administration could blow up the deal, impose more tariffs and turn more hawkish.

“They [the Trump administration] turned us in a different direction, but we didn’t go anywhere,” says Scissors, a self-described hawk. Despite the heated rhetoric, Scissors says the threatened bans against social media apps like

and ByteDance have been stymied in court, more money is going into China from the U.S. and there has been little transparency in how many licenses the Commerce Department has granted to U.S. companies looking to sell to Huawei despite restrictions.

Whether a second term brings harsher measures depends on the make-up of the cabinet—and if power shifts toward more hawkish members of the administration, like Secretary of State Mike Pompeo and national security adviser Robert O’Brien, Scissors says.

Under a Biden Administration

If former Vice President Joe Biden wins, there could be a reprieve in the conflict as the new administration staffs up. But Biden isn’t likely to pivot away from a tough China stance, though his policy approach will look different, says Clete Willems, who worked in the Trump White House on international economic issues and is now a partner at Akin Gump.

Unlike Trump’s laser-focus on the bilateral trade deficit, Biden’s approach will be broader, focusing even more on human rights issues related to Hong Kong and Xinjiang, as well as looking for areas to engage, like on climate. The approach will also be more multilateral, which could create more sustainable pushback to China, analysts say.

Tariffs on roughly $350 billion of Chinese imports could initially stay put. But the Biden administration could try to negotiate commitments from China on the structural issues the Trump administration had hoped to iron out in a phase two deal, in exchange for a roll back in tariffs—enlisting allies in those negotiations, says Michael Smart, managing director Rock Creek Global Advisors.

A Democratic sweep could usher in an even harder line against China, clearing the path for some proposals languishing in Congress—such as those related to supply chains. Democratic members who take up seats in the Senate and Finance banking committees could also be more willing to push harder China-oriented measures than their counterparts in the current Republican-led Senate, analysts said.

What to Look for in the Lame Duck

In the near-term, the focus will be in the months between the election and inauguration if Biden wins. Anxiety among companies stems from concerns the Trump administration could take the final opportunity to put their imprint on U.S.-China policy, possibly through sanctions, that could box in a Biden administration.

(981.Hong Kong), says Willems. Also possible: More aggressive executive orders, potentially against Chinese apps or digital interfaces. For investors, that could create headline volatility. But if the threatened ban against WeChat is a guide, such actions could have limited impact on the companies’ businesses.

Measures to delist U.S.-listed Chinese companies over time that don’t comply with U.S. auditing rules could also pass. Though it could create volatility for the U.S.-traded companies, like

(BABA), most fund managers see it as a long-term buying opportunity in larger companies that have already secured secondary listings in Hong Kong.

Companies are also keeping a close eye on the Uyghur Forced Labor Prevention Act in the Senate, which could result in an import ban of sorts for companies whose supply chains touch Xinjiang province. As written, the legislation is broad and could create ripples to industries as varied as apparel, solar, electronics and chemicals, Ashton says.

“It’s hard to know how much of a priority China will be in a lame duck session because there is so much uncertainty still and what happens with the election will influence it,” Willems says.

Any reprieve in China-related headlines though could be short as the two countries will continue to butt heads and bipartisan support is growing for more actions that could leave investors scrambling to assess the fallout.

Fri Oct 30 , 2020
If Joe Biden beats Donald Trump decisively next week, this election may be remembered as a hinge point in American history: the moment when a clear majority of voters acknowledged that there’s no turning back from America’s transformation into a nation of kaleidoscopic diversity, a future that doesn’t rely on […] 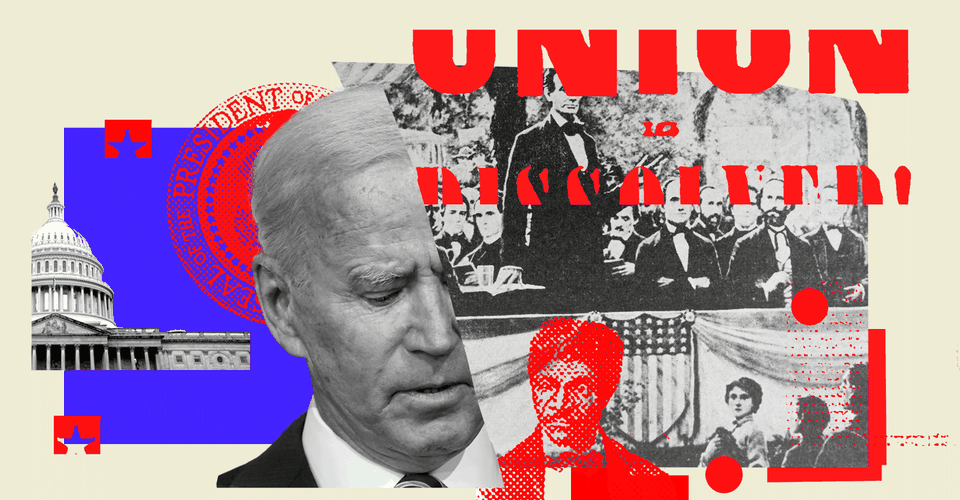