Wall Street banks that have long griped about the power of trading venues to charge high prices for data feeds may have a new ally: Donald Trump’s chief competition watchdog.

Makan Delrahim, who heads the Justice Department’s antitrust division, said in an interview that he’s paying close attention to the data that securities exchanges sell to banks and investment companies. Market participants have long complained that the prices they pay to acquire the data they depend on to trade are too steep.

“I wanted to make sure that if there was anticompetitive conduct on Wall Street that we pursue it,” Delrahim said about a recent cooperation agreement with the Securities and Exchange Commission. “We don’t take a side seat and say this is an area where we don’t enforce the antitrust laws.”

The focus on exchange data is part of a broader effort by Delrahim to recast the antitrust division’s approach to financial services. He is also considering revamping the U.S.’s view of bank mergers. He’s even reorganizing his staff to devote a team exclusively to financial services with the goal of building expertise in new technology that’s competing with traditional players in the sector.

Delrahim said that one area of potential concern is whether the exchanges are using market power to hurt competition, for example by forcing investors to buy other products or services in addition to the data feeds, a practice known as tying. He declined to comment on whether the division has opened a formal investigation related to the data feeds.

Delrahim’s comments are the latest example of Trump officials threatening to crack down on how the New York Stock Exchange, Nasdaq Inc. and Cboe Global Markets Inc. charge for market data, the lifeblood of modern trading.

NYSE declined to comment. Cboe said in a e-mailed statement that market data fees already face a “uniquely rigorous” review process by the SEC and that “competition between the market data offerings of U.S. securities exchanges is incredibly robust.” Nasdaq didn’t immediately respond to an e-mailed request for comment.

The SEC under Jay Clayton has clashed particularly with Intercontinental Exchange, which owns the NYSE, and Nasdaq over how they provide market data that banks and investment firms use. The SEC requires the venues to make the information widely available through so-called core feeds. But Wall Street banks and other financial firms say those streams are woefully insufficient for the realities of modern trading.

For more: Stock Market Wars in U.S. Pit Everyone Against Everyone Else

In the world of lightning-fast transactions where any data advantage can be significant, the exchanges offer private feeds with more detailed information beyond the price, size, highest bid or lowest offer information widely available on the core feeds. Some market participants say they’re forced to pay the exchanges a premium for more comprehensive, proprietary data just to serve their clients.

The complaints appear to have resonated with the SEC chairman. Clayton, a former deals lawyer, said in early 2019 that he’d told his staff to conduct a review out of concern that current rules had created a “two-tiered system” where firms must pay exchanges for the private information just to be competitive. In May, the agency directed the venues to improve the quality of the public data feeds in an effort to reduce the market’s dependence on the private feeds.

Bloomberg LP, the parent company of Bloomberg News, is among firms that have contested exchanges’ fee increases for proprietary data feeds.

Proprietary feeds are an important source of revenue for the exchanges, accounting for hundreds of millions of dollars annually, and they’re likely to remain so. In June, a federal appeals court handed NYSE and Nasdaq a significant win when it ruled that the SEC had overstepped its authority in finding that the firms had failed to justify some fee increases.

Earlier: Stock Exchanges Hit by SEC Curb on Power to Raise Some Fees

Later that month, Delrahim joined Clayton at an event at the SEC to declare his support for the agency’s rulemaking agenda on market data. He supported a plan to narrow the disparity between the exchanges’ proprietary data feeds and the public ones, which they must make widely available. The two agencies reached a cooperation agreement in June.

“There may be issues related to the competitive importance of proprietary data and we want to be sure we vigorously apply the antitrust laws if need be,” Delrahim said

The division is also taking steps to reconsider its framework for evaluating bank mergers. Delrahim said the guidelines the department uses to assess the competitive effects of bank deals deserve a fresh look because they haven’t been updated since 1995.

During the 2008 financial crisis, the U.S. encouraged large bank mergers to avoid closures and shore up weak players. The consolidation led to the top four U.S. commercial banks controlling about 44% of insured deposits in 2018, up from 15% in 1984.

While big bank mergers came to a screeching halt after the crisis due to tougher rules inserted into the 2010 Dodd-Frank Act, a decades-long consolidation trend among smaller community banks and some regional banks continued. BB&T Financial Corp. and SunTrust Banks Inc., for example, completed a $66 billion merger at the end of 2019 to form Truist Financial Corp.

Stress tests and other regulatory thresholds implemented by the Federal Reserve in relation to Dodd-Frank have discouraged mergers of mid-size banks. Banks face added regulatory scrutiny when their size reaches $50 billion in assets, and even further restrictions after $250 billion. Those have limited the number of mergers among regional lenders in recent years.

The merger wave among smaller banks has stalled during the coronavirus epidemic, but analysts expect deals to resume, driven by high technology costs and low interest rates that make it difficult for banks to make a profit from lending. Fintech startups are also starting to grab market share.

“The pandemic halted M&A because it’s hard to know what’s in the loan portfolio of any bank in the current economic situation,” said Fred Cannon, head of research at Keefe, Bruyette & Woods Inc. “But it’s going to pick up quickly as things settle down.”

Cannon said he doesn’t think antitrust scrutiny of bank mergers by Trump officials is likely to make it tougher for tie-ups in the sector. “If anything,” he said, “regulators appointed by Trump have made M&A easier for banks.”

The Independent Community Bankers of America applauded the Justice Department’s review of the guidelines. Chris Cole, a senior regulatory counsel for the trade group, said the current framework is too restrictive for rural banks, which are facing new competition from online lenders. That means local markets where small banks operate are more competitive than they used to be, and the merger guidelines should reflect that, Cole said.

Despite the growing power of the biggest banks, Delrahim said new technology is disrupting traditional banking models and bringing new competition to the industry. He said he has no preconceived notions of what changes he’d like to see in the merger guidelines and noted that the banking industry didn’t ask him to review them.

“The world is changing and I want to make sure the antitrust division doesn’t have its head in the sand as to how we analyze these markets,” he said.

7 New Fast-Food Chains You Can Only Find Online

Wed Sep 30 , 2020
The concept of virtual restaurants—restaurants with kitchens but without dining rooms, which exist solely as online delivery options—isn’t a new one. The idea dates back as far as 2013, but it certainly hasn’t been as widespread and popular until this year, when restaurants are using it as a way out […] 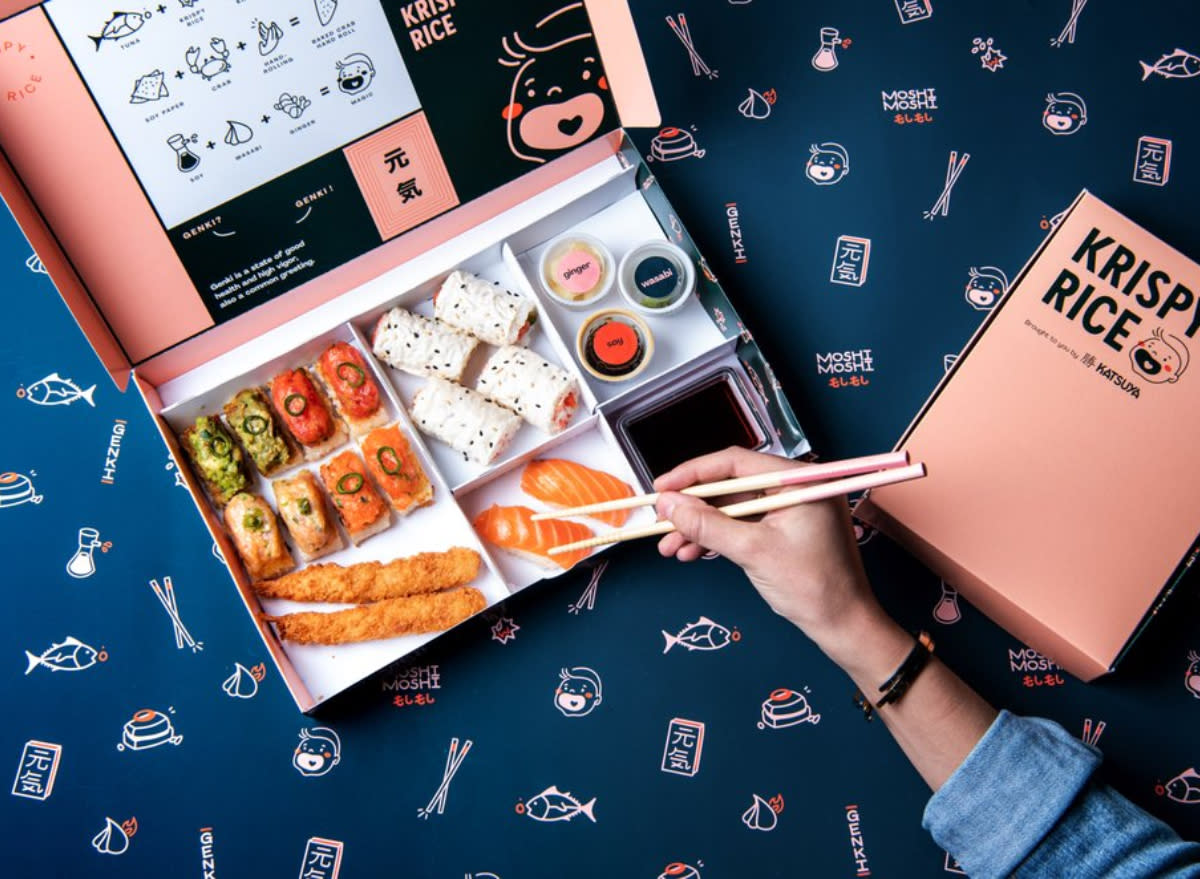