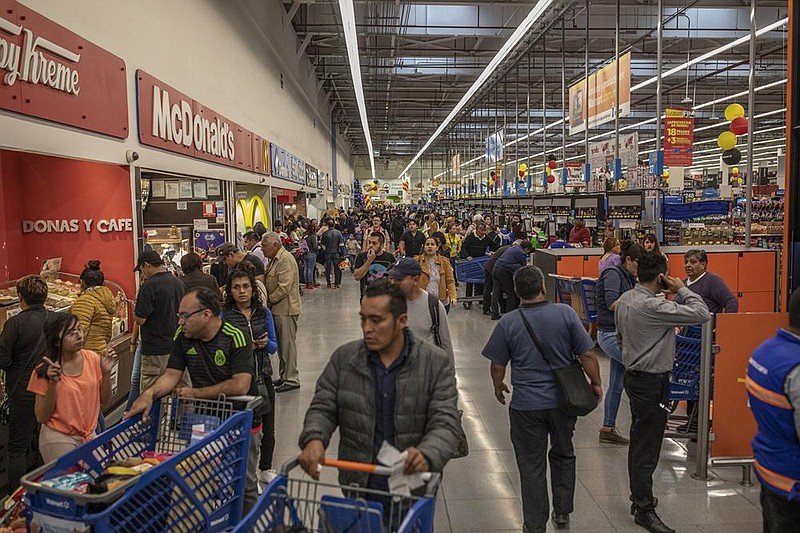 Walmart Inc.’s Mexico unit is adding a feature to its digital payments app that will let users receive remittances, or money wired back home by Mexicans working abroad.

The company is betting the enhanced app will boost sales, both online and in stores. Mexico is Walmart’s biggest international market, with about 2,600 stores, clubs and bodegas. And Walmart is Mexico’s largest retailer.

Walmart de Mexico, also known as Walmex, hasn’t said when the remittances feature will be added to its Cashi app, or what fees senders will pay to make the transactions.

Walmex introduced Cashi in September 2018, according to the iTunes App Store. At the time, Walmex spokeswoman Gabriela Buenrostro said Walmart Cashi would help the company strengthen its e-commerce and other services “as well as improve the frictionless shopping experience.”

Buenrostro said Walmex would continue adding features to the app such as credit, coupons and loyalty programs.

While wire-transfer services like MoneyGram, Western Union and banks make money off commission fees that can be 5% or more, Walmart plans to charge less “so we can serve you different things and convince you to use those funds inside our stores,” Ignacio Caride, head of e-commerce at Walmex, told online business news site Quartz in an article published Friday.

About 98% of remittances in Mexico come from the U.S., according to a survey by the Inter-American Development Bank. And most of this money is sent via wire transfers, which Walmart currently offers through a partnership with MoneyGram.

The fee to transfer $350, about the typical monthly remittance amount, from the U.S. to Mexico through Walmart MoneyGram is $8. In comparison, Western Union fees for the same transaction range from $3 to $17.75, depending on where and how the funds are sent.

One of Mexico’s largest sources of income, remittances are at record levels this year, according to that nation’s central bank. Nearly $3.6 billion flowed into the country in October — an increase of more than 14% over October 2019, the bank’s data shows.

Mexico offers huge growth potential for electronic payments providers, according to digital business research firm BNamericas. The nation’s economy largely functions on a cash basis and most people, especially in rural areas, have no bank accounts or credit cards.

However, Visa Inc., which operates retail electronic payment networks worldwide, said in August that digital payments have emerged in recent months as the preferred payment method in Mexico.

This shift is widely attributed to the covid-19 pandemic, which has increased demand for contactless payment options and accelerated e-commerce growth. According to the International Association of Money Transfer Networks, the health crisis has forced innovations in the digital remittance industry and raised consumers’ familiarity with digital money transfers.

Another company tapping into the digital payments market in Mexico is e-commerce marketplace MercadoLibre. Its digital wallet lets users send and receive payments both on- and offline. BNamericas said MercadoLibre recently partnered with PayPal for cross-border transactions.