Taking the kids to the mall to sit on Santa’s lap isn’t as appealing — or feasible — during the coronavirus pandemic. Macy’s canceled its in-person Santaland this year, while malls are scaling back or putting safety measures in place, like plexiglass shields, between children and Santa.

But some parents have another choice this year: a personal Zoom call with Santa.

Video options abound for parents who don’t want their kids to miss out on their annual visit to Saint Nick — although they will set you back anywhere from about $10 to as much as $750 for a few minutes of the big guy’s time.

Deciding on which one fits your needs will depend on your budget as well as the type of personal experience you want for your kids.

To be sure, a visit to a mall Santa isn’t free, with parents typically shelling out $20 to $60 for a photo package that commemorates their child’s moment on Santa’s lap.

And there are upsides to a video session with Santa, like the ability to personalize the experience by telling him your child’s name and what they want for Christmas before the visit.

Is Santa coming? Is St. Nick at the mall for Christmas 2020? Here’s how the tradition is changing during COVID-19

Some services also provide recordings, which parents can share with other family members.

“This year for sure it’s a better option — there is nothing normal in 2020,” said Jeff Mack, 56, of Mooresville, North Carolina, whose 6-year-old daughter has a video scheduled with Santa on December 13. “It allows her to see Santa in a safe environment.”

His daughter’s two cousins, who live about an hour and a half away, will also join the Zoom call, making it a family experience, he adds. He said, “This year, she will have, I think, a richer experience with the visit with Santa.”

His daughter’s Zoom call with Santa was a holiday gift from a relative who booked it through Cameo, a personalized video site that offers live bookings with actors, athletes — and Santas. The site has several offerings that offer different experiences and prices.

For the first, Cameo has about 15 to 20 Santas, who set their own prices, said Chief Executive Officer Steven Galanis. The service also has Santas of color so that children can visit a Father Christmas who looks like them, he added.

“It’s like an Airbnb — there are reviews, and a lot of consumers will look at the Santas with really good reviews,” Galanis said.

The personalized Cameo video ranges from $10 to $150, depending on the Santa’s prices. Parents share the child’s name and details such as their wish list for the holidays, and Santa records a personalized message for them. Parents should receive the video within 7 days of ordering it.

The second option, a live Zoom call with Santa, costs $100 and allows children to talk with Santa for five minutes.

Eddie Rich has been a professional Santa for 25 years and started with Cameo in 2018.

“I am getting about four times as many Cameo requests as I was this time last year,” he said.

Kids are curious about where he is.

“If the children do ask me about where I am, which is quite often, I say ‘I am in my office here at the North Pole’,” he said, adding that kids are accepting of the video visits.

“Because kids are going to school on Zoom, seeing Santa on Zoom through Cameo is a lot easier to get behind,” he said.

Live Calls with Santa was created this year by Canadian Misha Carcasole and her husband, who became parents earlier this year and found themselves unable to celebrate holidays with friends and family due to the pandemic.

“All the holidays have been subdued in our daughter’s life,” Carcasole said. “We didn’t want that to happen at Christmas, so we thought: how can we make sure there’s something still special for her?”

The demand for the service has surprised them, she adds. They offer three options, which cost Canadian $19.95, $29.95 or $49.95, or between $16 to $39 in U.S. dollars. “We wanted to make it affordable for parents because there are a lot of people who are going through difficult situations,” she added.

Each package provides 5 minutes with Santa on a video call, although the higher-priced packages include recordings of the visit. Their company hired actors and people with experience portraying Santa, Carcasole said.

There are plenty of other Zoom and video options available this holiday, with the choice depending on your budget and preference. VisitFromTheClauses.com, for instance, features both Santa Claus and Mrs. Claus, and costs about $99 for 10 minutes.

CreateHolidayMagic.com is operated by Cherry Hill Programs, which provides mall Santas across the country and created an online experience for 2020. Its live Zoom call with Santa costs $99.

Even Hollywood Santas are offering video chats, with “Santa” Ed Taylor — who has been featured on TV shows and commercials — booking live Zoom chats for between $100 to $750, depending on time of day and length of appointment.

If spending money on a visit to Santa isn’t possible this year, there are some free or lower-cost options. Sam’s Club is offering free video calls with Santa to its members. The U.S. Postal Service has its long-running Operation Santa, which allows kids to write a letter to Santa and receive a response in the mail.

Kids are taking Zooming with Santa in stride, experts say.

“Everything has gone virtual, so kids are used to interacting online,” noted Carcasole of Live Calls With Santa.

“The great thing about the Zoom call is you are in the comfort of your own home,” which also puts children at ease, she added.

Fiscal Responsibility Doesn't Mean What It Used To

Sun Dec 13 , 2020
Read: The Great Recession is still with us In retrospect, the fears were overblown. The United States posted huge deficits during the Trump years, before the coronavirus recession, in part due to the passage of $2 trillion in tax cuts. America’s debt swelled to 70 percent of GDP, then 75 […] 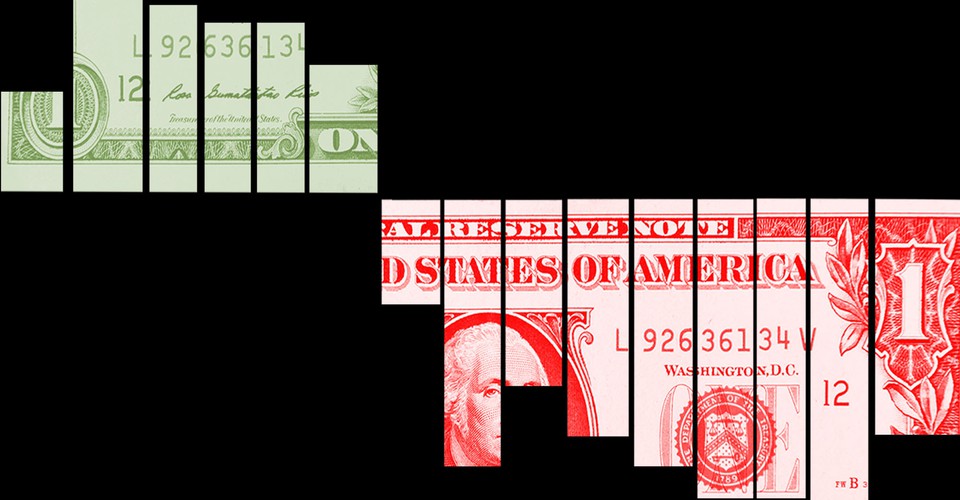