DANBURY, CT — Western Connecticut State University will be reopening its dorms to students this weekend, following a state-issued COVID-19 advisory for the city, issued three weeks ago.

One day after the Department of Health issued the warning on Aug. 21, the school announced it would delay the reopening of the dorms for at least two weeks.

“We have been working very closely with the Board of Regents of the Connecticut State Colleges and Universities system, the Connecticut Department of Public Health and Kara Prunty in the Danbury Health Department, assessing the numbers of cases in the region to make sure things seem to be under control,” said WCSU spokesman Paul Steinmetz in an email to Patch.

Mayor Mark Boughton reported there were 12 new cases of COVID-19 confirmed in the city on Wednesday. On his livestream Tuesday night he said the number of cases had plateaued at around 7 percent.

Among the on-campus precautions being taken at WCSU are mandatory masks, social distancing of six feet, and sanitizing liquid and signs in every building. All residential students must submit evidence of a negative COVID-19 test completed no earlier than Sept. 7, Steinmetz said.

Students may be tested on campus, or at off-campus facilities, so long as it is a PCR test as approved by the state DPH. The school plans on testing a random sample of 10 percent of its 850 residential students every week.

Students will be able to order food from the cafeterias on an app and pick up meals to minimize personal contact and wait times. School facilities have been expanded to include outdoor dining to the Westside campus and more conference space for dining on both campuses to ensure social distancing while dining, according to Steinmetz.

“About a third of our courses will have an in-person component,” Steinmetz said. “That includes the Biology and Chemistry labs, which are held in the Science Building, where there is 100 percent new air circulation at all times. The other in-person classes are being held mostly in lecture halls and other spaces where we can maintain social distancing.”

Both residents and commuters found in violation of campus coronavirus mandates will be issued warnings, and face suspension following multiple infractions.

This article originally appeared on the Danbury Patch

Thu Sep 10 , 2020
The Miami-Dade County School Board has voted unanimously to stop using My School Online, the district’s controversial new online learning platform many say is at the center of the failed start of school. The board voted to sever ties just before 2 a.m. Thursday, 13 hours after the meeting began. […] 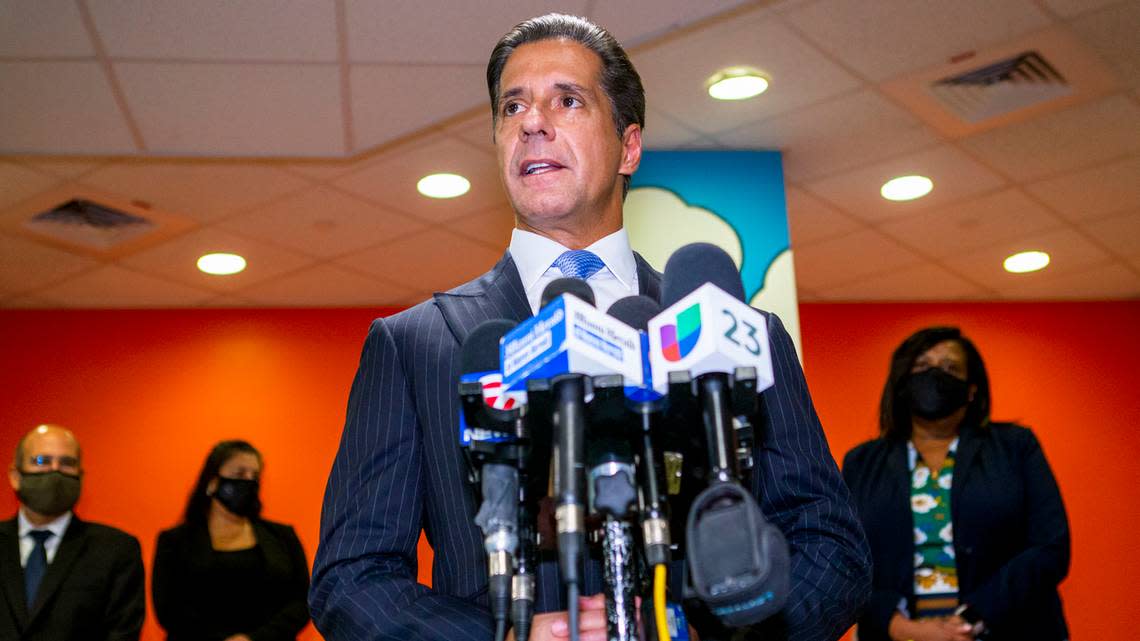