Let us put to rest a beguiling illusion. The Bank of England cannot wave a magic wand and make our national debts disappear, unless it opts for revolutionary methods.

It cannot soak up the extra costs of the pandemic permanently.

It cannot “print” money to cover a fiscal deficit of 19pc of GDP this year, or to cover the £560bn of accumulated damage expected over the next five years.

It cannot buy gilts “à outrance” and keep rolling them over forever, to be stored away as certificates and forgotten.

Or at least it cannot do these things under the mechanism of quantitative easing deployed over the last decade.

We have to come clean about the fiscal costs of the pandemic. That is sobering, but it does not justify premature tightening or a return to post-Lehman austerity.

That episode, justified by the false creed of “expansionary fiscal contractions”, was self-defeating on its own terms. It led to a higher public debt ratio and a smaller GDP than would otherwise have been the case, leaving aside the damage done to Western societies.

Unfortunately, we risk repeating this error in Britain, in gridlock America and in Europe, where politicians have a totemic belief in the healing powers of their modest Recovery Fund.

“We’re going down the austerity road again,” said Dario Perkins, global strategist at TS Lombard. “It is as if we learned nothing from the last decade. Bond yields are at a 700-year low and it’s screaming at us that we have got fiscal policy wrong. There is a consensus among economists that we should never let austerity happen again, but the politicians won’t spend.”

The former fiscal hawks at the International Monetary Fund are now the loudest in warning of a “global liquidity trap” and impotent central banks. They warn that fiscal contraction too soon would be criminal.

“There must be no premature withdrawal,” says IMF chief Kristalina Georgieva.

Yet the Chancellor’s Spending Review borders on contractionary. The Government is bringing forward retrenchment to the early phase of this Parliament in order to play the electoral cycle.

But we are not in an ordinary cycle. If the IMF is right, we are on a deflationary cliff-edge.

Rishi Sunak aims to cut the structural budget deficit by freezing public sector pay and holding down spending in “unprotected departments”, cutting borrowing to 4.4pc of GDP as soon as 2022-2023.

8 weapons to defend your family finances from whatever's next

Sun Nov 29 , 2020
8 weapons to defend your family finances from whatever’s next A family budget is a delicate thing to balance, even without a pandemic crashing through and jumbling your finances. In a chaotic year like this, with the country dealing with a recession, ugly unemployment rates, political tensions and new waves […] 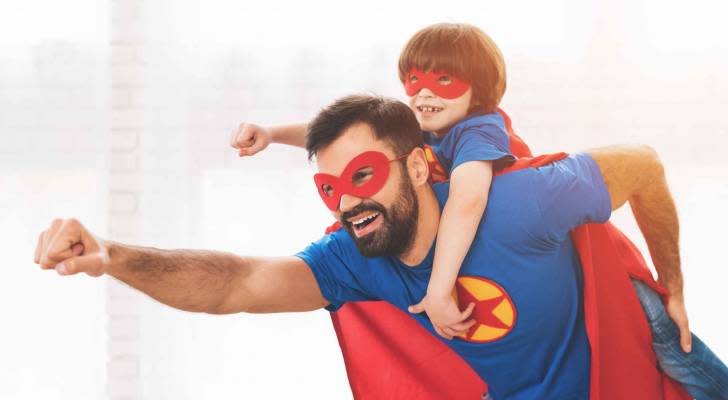