Eventually, the chronically high level of weekly unemployment insurance benefit claims was going to catch up with the number of non-farm payrolls reported by the Bureau of Labor Statistics.

The “miss,” relative to the consensus view in Friday’s data (as well as the downward revision to October data) is hopefully going to be enough to nudge Congress into desperately needed action to provide additional relief – long overdue.

But it would be a mistake to blame the data only on COVID-19 flare-ups around the country.

November 13th was three weeks ago in a very fast-moving crisis. Over the past three weeks, we have seen an aggregate of nearing 2.25 million in new unemployment claims.

This would be an eye-watering number in a conventional recession, even though it marks a substantial decline from the previously unprecedented millions of claims per week experienced earlier in the crisis.

Prior to July, workers for many small- and medium-sized businesses (employing 47% of all American workers before the pandemic) began receiving paychecks again under the CARES Act Payroll Protection Program (PPP). Many of these workers were not actually called back to work because the businesses they worked for were closed or operating well below capacity.

IT’S DEFCON 5 FOR AMERICA’S SMALL BUSINESSES, THIS IS WHAT HAS TO HAPPEN NEXT

Over the summer, many of these businesses gave it a go on their own – as the warm weather delivered consumer optimism and the regions hardest hit by the virus in the spring emerged from their lockdowns.

Now we are seeing restaurants, hotels, and amusement businesses around the nation, the source of 16.7 million jobs a year ago, fall under renewed pressure and many of them are not going to make it.

Brick and mortar retailers have suffered all along and many have sought bankruptcy protection. But the closure of stores, as leases are rejected in bankruptcy, occurs over a time lag – and is now coming to full flower, with more bad news to come as stores miss their Christmas season sales targets that are the source of positive operating income for the year.

Consumer preference for online shopping and virus-free deliveries is driving most of the collapse of store-retailing, and the virus flaring over the winter will only stoke the fire burning down retailing – the source of over 15.6 million jobs a year ago. Couriers and warehouse workers, however, added 119,000 jobs between them in November.

But the biggest threat to both employers and employees going forward is a predictable decline in aggregate consumer demand as the trillions in support to households through the federal unemployment insurance supplement, as well as the PPP, have come to an end.

Worse yet, many of those who constitute the 3.7 million now classified as permanent job losers who have been on unemployment benefits since the beginning of the crisis will see those benefits expire shortly.

This huge buildup in household savings that resulted from federal government support under the CARES Act is being quickly dissipated and consumer incomes are again declining.

GET FOX BUSINESS ON THE GO BY CLICKING HERE

Over the coming months, the buffer created by the CARES Act will disappear and we will see consumer spending decline sharply. Not because of an increase in COVID-19 cases, but because those government transfers are gone.

The decline will be exacerbated by the extended nature of the economic collapse.

As much as 16 months will have elapsed from the initial virus-related economic shutdown until the vaccines are distributed widely and we can bring this horrifying period to an end. But during that time, households and businesses are continuing to accrue unpaid rents, debt service and other obligations as a result of an unprecedented pause in debt collection — both from existing state and federal moratoria and private lender forbearance.

At the same time state and local governments are continuing to endure massive operating deficits.

As time passes, the ability of the economy to clear out these accumulating burdens becomes ever more problematic, eventually risking a full-on systemic financial crisis if not addressed.

Such a collapse will – if not offset by new government action – bring the U.S. economy into a double-dip recession in the first quarter of 2021.

Don’t get me wrong, I am very optimistic about all of us being immunized next spring. But being physically healthy in a diseased economy is not a solution.

The U.S. needs swift government action to inoculate businesses against present conditions so that workers have employers to return to.

Daniel Alpert is a senior fellow in financial macroeconomics and an adjunct professor of law at Cornell Law School. Alpert is a founding managing partner of Westwood Capital, LLC, and its affiliates. He has more than thirty-five years of international merchant banking and investment banking experience, including a wide variety of workout and bankruptcy-related restructuring transactions.

12 ideas to boost your income, starting this weekend

Fri Dec 4 , 2020
12 ideas to boost your income, starting this weekend Face it: You could use some extra money in your pocket, whether you’re saving up for the newest smartphone — or are struggling to make rent and put food on the table during the pandemic. Massive numbers of Americans are still […] 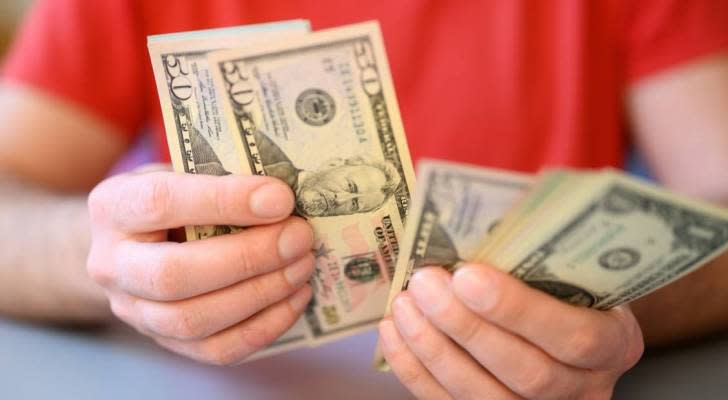