On Tuesday, the Department of Justice filed an antitrust lawsuit alleging that Google has been choking competition in order to maintain monopolies in online searches and search advertising. Among other accusations, the Justice Department claims that the company’s practice of paying phone manufacturers, carriers, and browsers to make Google the default search engine is unlawful. Google controls 90 percent of the market for online searches, earning the company tens of billions of dollars per year. This is the largest tech antitrust case in two decades, since the Justice Department went after Microsoft in 1998.

“Google achieved some success in its early years, and no one begrudges that, but … it has maintained its monopoly power through exclusionary practices that are harmful to competition,” said Deputy Attorney General Jeffrey Rosen in a press call Tuesday. “If the government does not enforce the antitrust laws to enable competition, we could lose the next wave of innovation. If that happens, Americans may never get to see the next Google.” In a blog post responding to the DOJ’s case, Google’s chief legal officer Kent Walker wrote in part, “Today’s lawsuit by the Department of Justice is deeply flawed. People use Google because they choose to, not because they’re forced to, or because they can’t find alternatives.”

While various politicians, tech activists, and journalists have been long awaiting a major antitrust action against Google—and the particular practices highlighted by the antitrust suit are real concerns—the timing of the Justice Department’s filing is a bit suspect. Attorney General William Barr reportedly intervened in the investigation in an attempt to bring a case by the end of September, resulting in protests from DOJ lawyers who wanted more time and were concerned about political influence. Multiple aspects of the resulting case filed on Tuesday suggest that Barr was racing to get something in before the election. Was this lawsuit a rush job? Here are some signs.

The Scope of the Case

Considering that Google is a sprawling tech leviathan that controls a number of dominant businesses like YouTube, Gmail, Maps, and Chrome, the DOJ’s focus on the company’s practice of using contracts to make its search engine the default on browsers and devices seems rather limited. There were reportedly disagreements within the DOJ over how broad the case should be. According to the Wall Street Journal, the department has another team examining Google’s advertising business for online publishers, but its lawyers weren’t ready to move forward as of August. Over the summer, the Justice Department also shared a potential approach to the case in an attempt to get state attorneys general to sign on, but several of them reportedly declined because the scope was too narrow.

DOJ lawyers were asked repeatedly about the scope of the case during the Tuesday press call, but they demurred. “I don’t want to get into our internal deliberations regarding the focus of our case,” said Ryan Shores, the DOJ’s senior adviser for technology industries. “I’ll only note that obviously search and search advertising are at the heart of Google’s business and there’s been a lot of concerns expressed about that aspect of their business, but I think that’s all I can say about that.” The lawyers also refused to answer questions about whether the DOJ had looked into YouTube’s digital ad serving and the possibility of the department expanding the suit to include other components of Google’s businesses.

The attorney general vowed to put tech giants under antitrust scrutiny during his 2019 confirmation hearing, though there has been unease within the Justice Department about Barr’s unusually active involvement in the case. Barr has imposed tight deadlines on the team, at one point breaking from the DOJ’s traditional reticence around ongoing investigations to announce that he would make a decision on whether to bring a case against Google by the end of the summer. Major outlets like the Wall Street Journal and New York Times have reported that most of the DOJ staffers investigating Google were opposed to bringing a suit so quickly because they believed that the case wasn’t airtight enough to ensure a win in court. They were also concerned that Barr was trying to deliver a political win for Trump and overriding the recommendations of career lawyers in a case that is of particular interest to the president. Indeed, Trump has long accused Google of anti-conservative bias.

Asked whether the case had been rushed, DOJ lawyers on the Tuesday press call claimed they wished they could’ve filed the suit even sooner. “I would disagree that it is a rush. As we’ve said, the matter’s been investigated for more than a year now, and I think as folks are generally aware, in technology industries in particular, it’s important to move as quickly as is practical, because the markets are fast-moving,” said Rosen. “If anything, this is a situation where we might’ve even preferred to be quicker, but we want to make sure that we’ve done the work that’s necessary.” The lawyers also said that questions of bias in content moderation would not be addressed by this suit.

State attorneys general from Arkansas, Florida, Georgia, Indiana, Kentucky, Louisiana, Mississippi, Missouri, Montana, South Carolina, and Texas have joined the Justice Department’s suit. These attorneys general are, notably, all Republican, tanking the Trump administration’s hopes of securing bipartisan support for its legal battle with Google. Both Republicans and Democrats have accused the company of monopolistic practices, and it typically isn’t seen as a partisan issue, but the timing and scope of the suit have divided the country’s attorneys general, many of whom have been conducting parallel investigations. The Times has reported that Democrat attorneys general have been accusing their Republican counterparts of rushing the case so that the suit lands under Trump’s presidency, while Republicans have charged that Democrats are moving slowly in order to bring the suit under a potential Biden administration. And according to Politico, a bipartisan group of states plans to file a separate suit against Google at a later date that will likely be wider in scope.

“They [other state attorneys general] have indicated that they share the concerns that we have,” said Rosen in response to a question about why it was only Republicans who had signed on to the suit. “Sometimes people want to do their own things in terms of what their approach or tactics or timing or whatever other aspects there might be. That’s fine. I don’t take that as nonsupport.”

Tue Oct 20 , 2020
Prince Harry and Duchess Meghan are not letting up on their mission to reform social media and the online environment. Their ongoing effort took another step Tuesday when they convened a virtual confab to discuss how to engineer what they think can be a more compassionate and trustworthy digital world. In […] 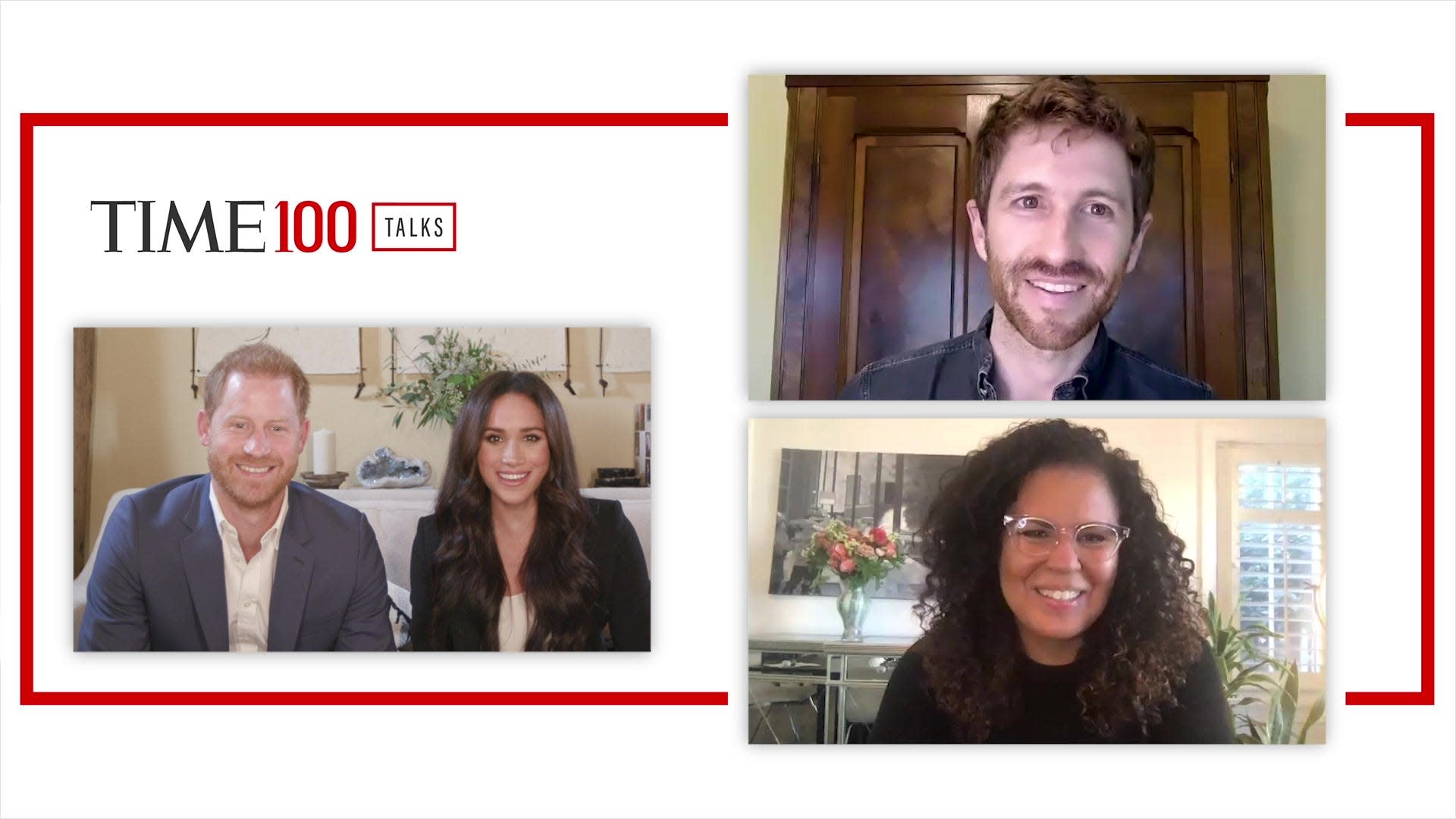