GREENVILLE, S.C. – As a Clemson University student in the 90s, Nekita Sullivan and her friends had to pile in a car and drive to Greenville, Seneca or Anderson for Black beauty products and hair care.

The inconvenience of traveling two or three towns over for beauty care gave Sullivan an idea: a multi-ethnic beauty bar where students and university employees of all races and hair textures could go in the heart of downtown Clemson.

Sullivan finally realized that dream after more than 20 years, but she didn’t know how difficult it would be.

Women, especially women of color, face more obstacles than their white, male counterparts when opening a small business, according to Ana Parra, director of the newly opened Women’s Business Center in Greenville.

For Sullivan, it took nearly three years after signing a lease at U Center, a mixed-use building in downtown Clemson, to upfit her salon and open it. It took months to find a salon manager, hair stylists, nail technicians and estheticians who were capable of working with all types of hair.

Stock market: Worried about another tech wreck? Consider these trends

Funding was a major obstacle.

“I was turned down by several banks, I was not able to get a traditional SBA (Small Business Association) loan,” she said. She said the lenders wouldn’t “take a chance” on her since they didn’t think her business could be as profitable as her physical therapy job, which earns her up to $120,000 a year.

Without a loan, Sullivan used credit cards to get cash. She dipped into her savings, her retirement fund and her monthly income. She is leasing her Greenville house for rental income. She moved back in with her parents to keep costs low.

While there is a “small community” of Black-owned businesses in Clemson — where orange and purple are the colors of choice — racial prejudices and stereotypes often associated with the South are still around, said Bryant Smith, a Black business owner and leadership consultant.

“We can’t pretend that people don’t make decisions based on race and culture and those kinds of factors, because people do,” Smith said.

Even with the obstacles and fears — and after 24 years as just a dream — Sullivan opened Butterfly Eco Beauty Bar in downtown Clemson on Valentine’s Day.

As of September 10, Sullivan had yet to fully reopen.

Through it all, COVID-19 has illuminated the barriers small business owners face in opening and staying afloat, according to Ben Smith of the Clemson Small Business Development Center. And in Clemson, COVID-19 has shown just how reliant entrepreneurs like Sullivan are on the student population for financial success.

Sullivan’s struggle to find traditional funding was not a rarity, Parra said.

White applicants are more likely to be approved for business financing at banks than their Black counterparts, 80% compared to 62%, according to the Federal Reserve Bank study.

Parra said this is mainly due to white businesses traditionally being more successful, and from the systemic practice of banks not funding Black customers, a Jim Crow-era practice that had lasting consequences.

“Historically, when it comes to communities of color, they have been under-served by traditional banking institutions… we’re addressing many years of people not paying attention to equity and not addressing these biases,” Parra said.

The Women’s Business Center, a Small Business Administration program housed in Greenville-nonprofit Community Works, aims to address these equity gaps in the Upstate region, Parra said. The center mentors women, including Sullivan, who own small businesses, particularly in how to finance and advertise themselves.

Sullivan said she spent all her money “rushing to open” the store in February, “that money had to come from somewhere, so we had to step back from marketing and advertising to just open.”

But Parra said marketing oneself as a woman- or person of color-owned business is one of the strongest assets women like Sullivan have when seeking new customers.

Sullivan admitted her decision to remain “behind the scenes” and not market herself as the owner was a mistake she made out of fear.

“Business owners like Nekita might not realize that they can bring their authenticity of self to their business and might be shrinking themselves… they don’t realize the greatest asset is who she is or what she’s bringing to the table. And I think that we would never, ever advise anyone to to hide who they are,” Parra said.

Black-owned business in Clemson a priority, but no tracking system exists

When she was opening the salon, Sullivan did take steps to conceal her identity, fearful of how the downtown Clemson business community would perceive her as a Black woman.

“I was very meticulous about that. When I came here, I was always very cautious about not being seen outside of the front of my building, coming through the back door and not actually identifying myself as the owner…. I did not want that to be a reason why people did not support me,” Sullivan said.

She said she’s tried to overcome her own prejudices and fears and reach out to neighbors in recent months, and has not encountered any of the outright racial prejudices she feared.

Pickens County is 89% white, one of the least-diverse counties in the state. Nearly 80 years ago, a rural Pickens County road was the site of the lynching of Willie Earle, one of the Upstate’s most egregious displays of violent racism. When members of the Clemson football team hosted a Black Lives Matter demonstration in June, a caravan of trucks carrying the Confederate Flag drove by, drawing online and in-person criticism from Black Lives Matter supporters.

But Sullivan also sees the resurgence of Black Lives Matter rallies in the wake of George Floyd’s death as a source of hope, especially in the younger student populations in Clemson.

“I’m hoping with what has happened with George Floyd and Black Lives Matter and all of that, that it will allow people to be even more comfortable with coming and being more receptive.”

Since Floyd’s death while in Minneapolis police custody, about one-in-five Americans have made a concerted effort to shop at Black-owned businesses, according to a study from financial health website Finance Buzz.

Smith, the Black business owner in Clemson, said knowing which businesses are owned by members of the African American community is important to him, because putting money into a Black business means it will go to churches, other businesses and nonprofits that support the community. “I understand how I want my dollars to circulate.”

But nobody seems to know just how many Black-owned businesses there are in Clemson.

“I have been trying to get one (a list) for months. No one has it that I can find,” said Susan Cohen, president of the Clemson-Area Chamber of Commerce.

That’s why Smith and Cohen, along with a newly formed committee aimed at addressing racial equality in Clemson, are compiling a list of Black-owned businesses in the area.

Once it’s ready, Smith said the committee will survey the business owners to find out what they need and who can help.

Sullivan said organizations like the Chamber of Commerce and Small Business Development Center at Clemson University have been incredibly helpful while she’s been closed, but nothing can replace getting customers in the door.

When the pandemic shut salons and close-contact businesses down in March, Sullivan lost all her employees. While she was able to secure a Small Business Administration loan from the federal government, it’s not enough to keep the lights on for much longer, she said in August.

“I’m going to have to make some decisions here soon,” she said.

She’s afraid she might fail: “The whole experience is hurtful, not just for me, but for everybody that’s helped me… because I feel like if I fail, I fail them, too.”

Yelp, an app used to review businesses, estimates 80,000 businesses closed between March and July due to the pandemic.

In the Upstate, several restaurants have shuttered their doors in recent weeks, citing COVID-19’s strain on business.

But Sullivan hasn’t given up.

While she has yet to find a new salon manager or new stylists, she’s working to hire a massage therapist and use the space to teach yoga, for which she is certified. She’s looking into crowdfunding options to raise money and working with the Women’s Business Center on a business plan.

“I’ve had to step in and decide how I can be a sustaining force just by myself. Whereas I was depending on everybody else to be profitable.”

And even though reality might look different right now, Sullivan has not lost sight of her dream — the one she envisioned over 20 years ago piled in a car with her friends.

“Sometimes I’m saying to myself, ‘I probably shouldn’t have done this’ … but I wouldn’t change my decision.”

Zoe covers Clemson for The Greenville News and Independent Mail. Reach her at [email protected] or Twitter @zoenicholson_

Wed Sep 16 , 2020
Want more summer fashion, shopper-approved buys and the hottest trends? Sign up for Yahoo Lifestyle Canada’s newsletter! Lululemon announced it would be expanding sizes from 0-20 for six of the brand’s core pieces. Images via Lululemon. In a bid towards size inclusion, Lululemon has announced that six of its core […] 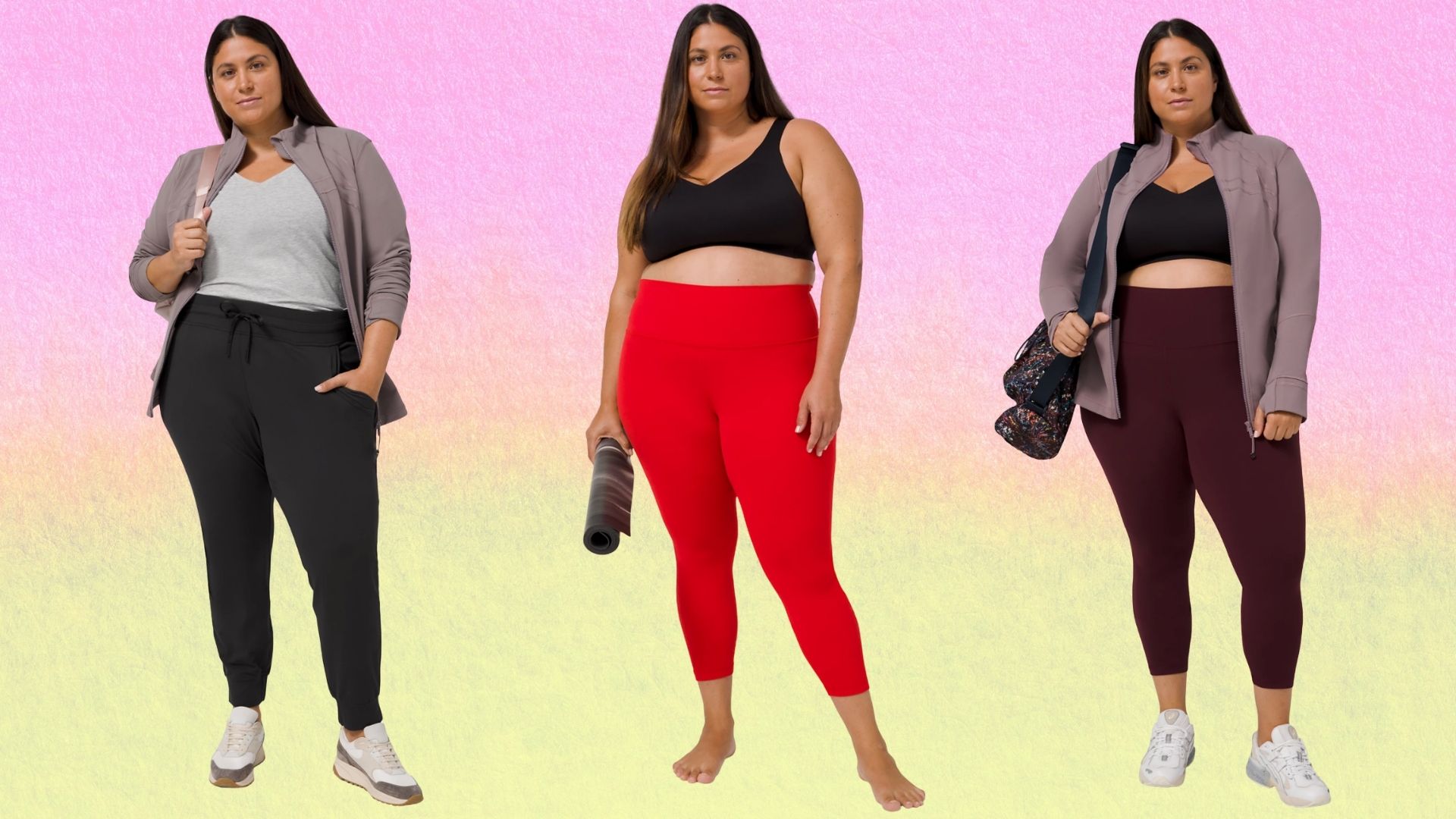