“Wonder Woman 1984” took in an estimated $36.1 million globally from 42 markets in release this weekend, after opening to slow sales in international markets last weekend. Even so, with most U.S. theaters closed, the film generated a fraction of the $412.8 million in domestic ticket revenue that the first installment in the series brought in three years ago.

That may not be so bad for AT&T Inc.’s Warner Bros., the studio behind the $200 million film. “Wonder Woman 1984” also debuted on HBO Max on Christmas Day, which helped to break usage records, according to the studio. Almost half of the platform’s retail subscribers watched the film on the day of its arrival and HBO Max saw total viewing hours on Friday more than triple in comparison to a typical day in the previous month.

The response was strong enough for the studio to announce Sunday that it will fast-track development of the trilogy’s third installment, which again will team up Gal Gadot in the title role and Patty Jenkins as director.

The film “broke records and exceeded our expectations across all of our key viewing and subscriber metrics in its first 24 hours on the service, and the interest and momentum we’re seeing indicates this will likely continue well beyond the weekend,” said Andy Forssell, executive vice president and general manager for WarnerMedia Direct-to-Consumer.

While the film’s arrival should spur sign-ups to the new streaming service, it shows just how bleak things are for exhibitors.

Theater chains, including market leader AMC Entertainment Holdings Inc., are teetering on bankruptcy after a financially devastating 2020 — with ticket sales down almost 80% as of last weekend. At the start of the year, cinema owners hoped big new family films would kick off a triumphant surge in admissions. The performance of “Wonder Woman” shows how rocky the path back to financial health will be.

“Audiences are remaining cautious until vaccines are widely available,” said Shawn Robbins, chief analyst at Boxoffice Pro. With HBO Max offering on-demand screenings to subscribers at no extra cost, “many people are likely to take advantage of that.”

The $16.7 million debut for “Wonder Woman 1984” topped forecasts that it would generate $10 million to $15 million in domestic sales over the first weekend, according to Boxoffice Pro estimates. That’s just a sliver of the $103.3 million its predecessor brought in with its debut. The U.S. opening takes the worldwide cumulative tally to $85 million, after the film generated a $38 million opening last weekend. The international cumulative is $68.3 million.

Analysts have warned that box-office receipts are especially hard to predict in the Covid-19 era, with theaters subject to a patchwork of frequently changing restrictions. About two-thirds of U.S. theaters are closed, and those that are open must limit ticket sales to allow for social distancing. Domestic ticket sales this year amounted to $2.24 billion as of last weekend, down from $10.7 billion a year earlier, according to Comscore Inc.

Still, the DC superhero movie represents an important restart for the dormant box office. AMC rose as much as 4.8% in New York trading Monday, while Cinemark Holdings Inc. gained as much as 2.1%. Eric Wold, an analyst at B Riley Securities, wrote in a note that the “Wonder Woman” opening suggests “that when consumers are allowed back to theaters with attractive content, they will once again become moviegoers.”

Only one other major film had made a theatrical debut since the pandemic began: “Tenet,” also produced and distributed by Warner Bros., came out in September. The reception was tepid, prompting further delays of big movies and some significant changes in the way films are released.

Normally, hot new movies show exclusively on the big screen for up to 90 days before they’re marketed for rental and purchase. Warner Bros. and theater chains hashed out a new agreement for “Wonder Woman.” In exchange for allowing the film to also open the same day on HBO Max, theaters will get a bigger cut of ticket sales, which they share with studios. In the future, all movies will be probably subject to such individual negotiations, both cinema and studio executives have said.

Some other, smaller-budget movies will also make their debuts in theaters this weekend, including “News of the World,” a post-Civil War drama starring Tom Hanks, and “Promising Young Woman,” a thriller starring Carey Mulligan. Both are from Comcast Corp.’s Universal Pictures, which forged agreements with theaters earlier this year to make its films available online for purchase and rental as soon as 17 days after they appear in cinemas.

“Wonder Woman” will also go toe-to-toe with family fare on other streaming services. Walt Disney Co. released the animated feature “Soul” on Friday on Disney+, one of several films the company diverted to streaming because of the theatrical shutdown. “Soul” opened in a few international markets, taking in $7.6 million, including $5.5 million from China.

As AT&T’s WarnerMedia did with HBO Max, Disney spent the pandemic investing in its Disney+ online brand, making it even harder to predict how popular movies will do in theaters once they fully reopen.

“We’ll have to continue waiting until next year to truly gauge how studios feel about this strategy and for how much longer they’ll deem it necessary,” analyst Robbins said of “Wonder Woman 1984.” “This film alone may not be a great barometer to go by.”

A 2021 Pledge: Save American Higher Education

Mon Dec 28 , 2020
Text size Adam Glanzman/Bloomberg As the year comes to a close, it’s common for American’s to make a New Year pledge to address a key problem they faced. Let’s hope all Americans will make a pledge to take the Covid-19 vaccine and act safely to blunt the spread of the […] 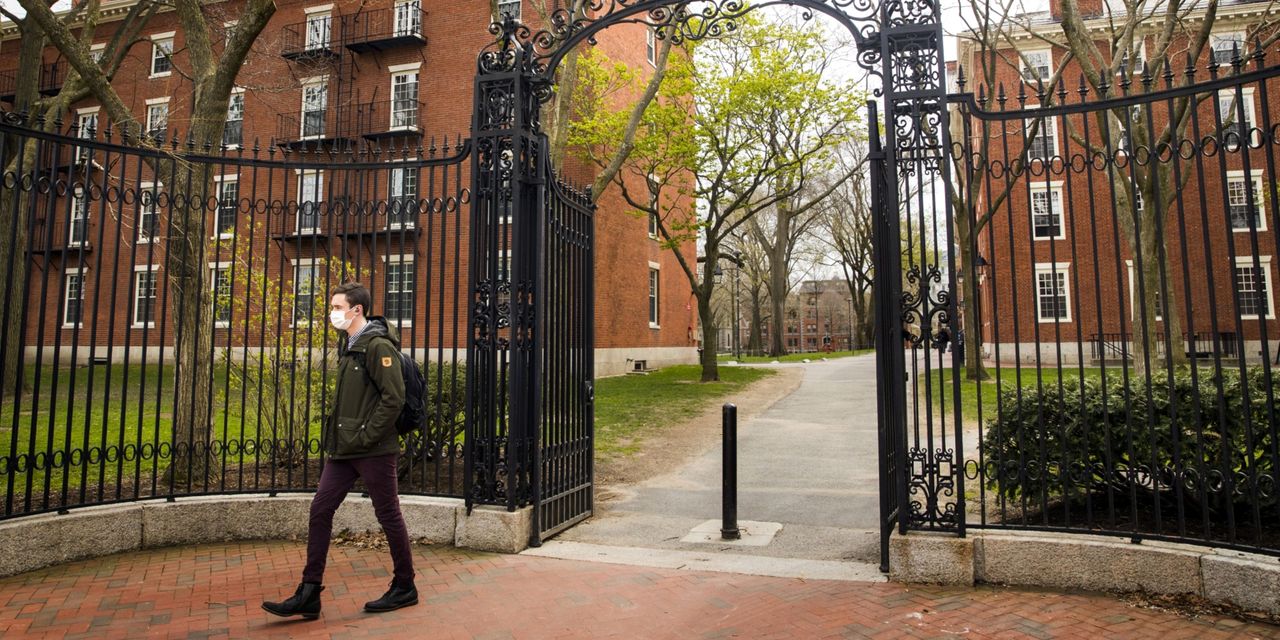