The good times are over for Xtreme Fun Rentals Inc.

In a heart-wrenching decision, the owners of the popular party rental event company have decided to shut down their business after 23 years and sell their equipment in an online auction.

Xtreme Fun had been a mainstay in Hawaii, with its large inflatables, keiki rides and other attractions being used at school fairs, community events and festivals around Oahu.

But just like many other businesses in the state, they couldn’t outlast the COVID-19 pandemic.

“It’s our livelihood,” said Delbert Kim, vice president and co-owner of the Honolulu-based company with his wife, Claire. “The decision was very difficult for us. We tried to wait it out, but it just never got better and the expenses of our two warehouses became overwhelming.”

Xtreme Fun had been generating just under $700,000 in revenue per year and was profitable, Kim said. But since the beginning of March, the company has had no income as large-scale events were completely canceled.

“We had over a million dollars worth of equipment,” Delbert said. “When we got money, we kept reinvesting in the company. We have a trade show every November and we buy new products. We just bought $20,000 worth in November (2019) and it came in maybe in January. When COVID hit, we still had things brand new in the box.”

Now the Kims are hoping to make enough money from the auction to pay off their existing expenses.

“It’s to cover all of our loans and debts that we have to pay back,” Delbert said. “We had to take out loans to pay our two warehouse rents. The loans allowed us to pay the rents for the past nine months as we tried to ride the COVID pandemic out. We have now exhausted all of our resources and need to liquidate the business.”

There are more than 400 items with pictures and descriptions that are currently available for bidding in the auction, which can be found at oahuauctions.com. Online bidding will end at 6 p.m. Friday.

“If you are planning ahead for parties, school fairs or future events, there will be lots of plush animals, inflatable keiki toys and LED light-up items that can be used as carnival game prizes,” Delbert said. “This is a once-in-a-lifetime opportunity for the public to purchase a professional grade jumper or ride for your home or to start your own rental business. Because these are already here, you save on exorbitant shipping from the mainland.”

Claire said she’s hoping that local entrepreneurs or businesses will step up to buy some of the equipment.

“We have maybe 10 or so mechanical rides and they’re really large and cost us a lot to ship to Hawaii,” Claire said. “We want to sell the rides here in Hawaii. We could ship it back to the mainland, where the market is bigger. But since the rides are here in Hawaii, we’re hoping to get someone here to buy in so they can wait it out and start. We’re sad and already reminiscing, especially with our children who worked with us these many years. We hope that someone else can do it again.”

Delbert said the company normally employed four or five full-time employees and at least 20 part-timers. He said the decision to cease operations was made a few months ago.

“Early on in COVID, we saw the writing on the wall based on the amount of expenses we had,” he said. “A few months ago we decided to call Oahu Auctions and just liquidate. We knew we would be the last industry to get going.”

Claire, who is president of the company, said the couple started the business in 1997 after she experienced an epiphany.

“My husband was a clown. He was Kimchee da Clown — a play off our last name, Kim — and he went out to do a bid for a party one day,” she said. “This was 1996 or so and he got outbid by a clown who had a bounce house. We looked at each other and said, ‘What’s a bounce house?’ and started researching. The light bulb went off and we started with an inflatable jump house and it just grew.”

Claire decided to leave her full-time job as a systems analyst to stay home to raise their three young children, and what started as a small endeavor became a niche industry, prompting numerous companies to rent out inflatables for parties. The business continued to grow.

“We would take a mixture of rides, giant slides, giant obstacle courses, several jumpers and anywhere from six to 12 things to an event,” Delbert said.

Xtreme Fun continued to grow and Honolulu City Lights at Christmas time became the company’s largest event of the year. It also did the Aloun Farms Pumpkin Festival, Pearl Harbor and Schofield Fourth of July events, the Hawaii Farm Fair and many school fairs.

“As we evolved it was all birthday parties at the beginning,” Delbert said. “We’d do 40 birthday parties a weekend and we slowly grew into an event company where the schools wanted us for their fairs. And then we started to pick up some of the community events. We just evolved from there over 20 years.”

Delbert said there are many inflatable and party rental companies on Oahu.

“We did not focus on the birthday party market for jumpers, but we would go to a birthday party if they wanted to rent some larger keiki rides,” he said. “We just focused on the special events market.”

Delbert said the couple found a niche with their business because it didn’t compete with the giant E.K. Fernandez Shows, which puts on the 50th State Fair and other large carnivals.

“We’re completely different,” Dilbert said. “E.K. is the big carnival. We’re way below him and do just a little niche of fairs that they won’t do. We kind of established our own little niche below E.K. We’re the biggest at what we do.”

Claire said the most popular attractions at its regular events was the Turbo Tubs ride and that the giant inflatables, slides, obstacle courses and jumpers all added to the events. But she said the company also worked during Project Grad season for all-night high school graduation parties, where the most popular activities were the bungee run (where three people strapped in a vest try to run forward as far as they can with a Velcro baton before the bungee cord pulls them back) and the Toxic Meltdown (a spinning arm where the participants have to either jump or duck under an arm as it circles around). The Toxic Meltdown (youtu.be/BHKMLKN1wV8) was sold prior to the auction.

Claire said during the course of the company’s history that Xtreme Fun brought its rentals to all the neighbor islands. She said the company used to be part of Maui’s Taste of Lahaina and held events at Sacred Hearts School in Lahaina and Christ the King School in Kahului.

“We just shipped it with Young Brothers and the Superferry,” she said.

The Kims have three grown children — two of them married — with six grandchildren and are ready for the next chapter in their life adventure.

Whatever they do, there always will be a tinge of regret that they couldn’t continue what they started.

“We were very loyal to our customers and we were just sad that we won’t be able to provide the equipment and fun for them anymore,” Claire said.

To bid online in the Xtreme Fun Rentals auction:

>> What: Party, event and carnival rides and games

Thu Dec 10 , 2020
Amazon founder Jeff Bezos is the world’s wealthiest person, according to the latest Bloomberg Billionaires Index, with a net worth of $186 billion. Four others also have fortunes over $100 billion. Here, Bezos speaks at a conference in 2018. Jim Watson/AFP via Getty Images hide caption toggle caption Jim Watson/AFP […] 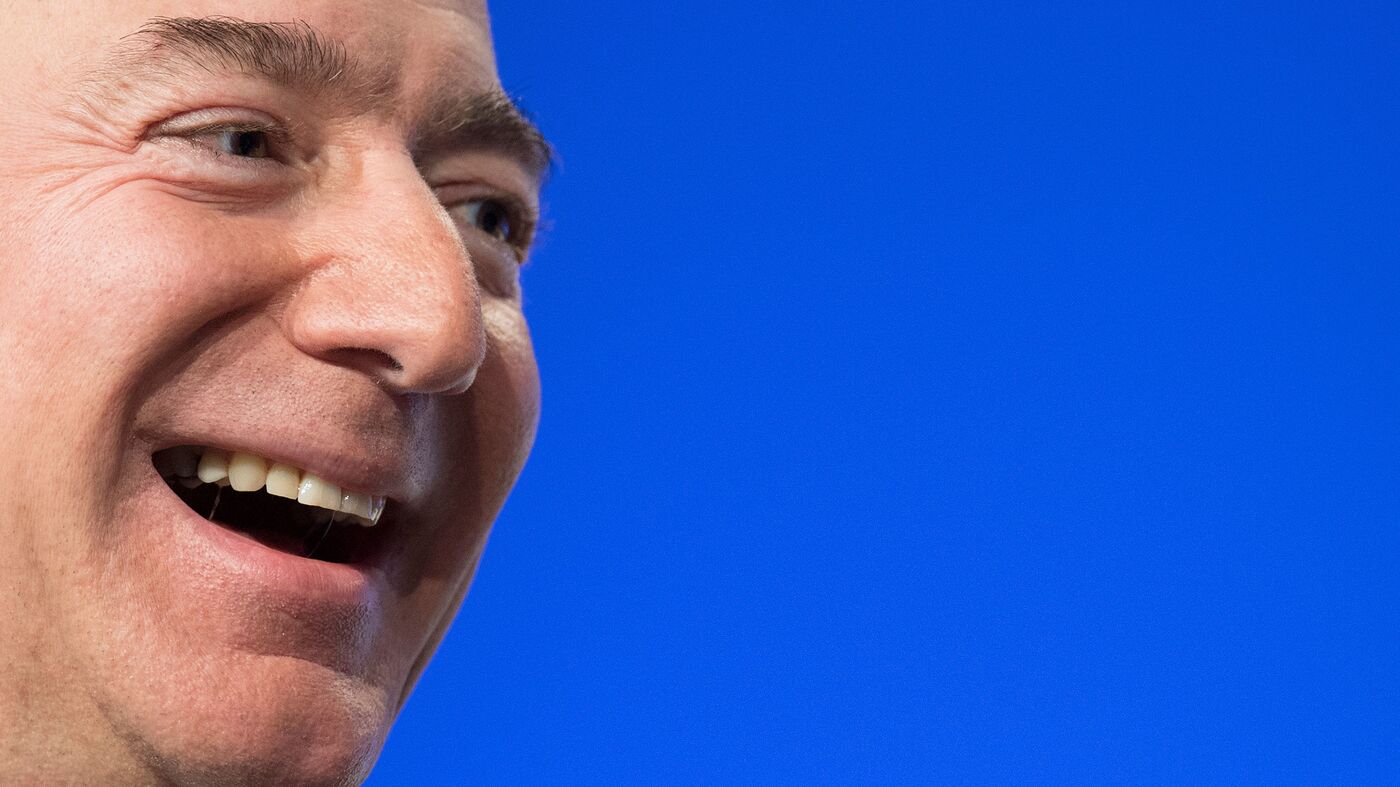